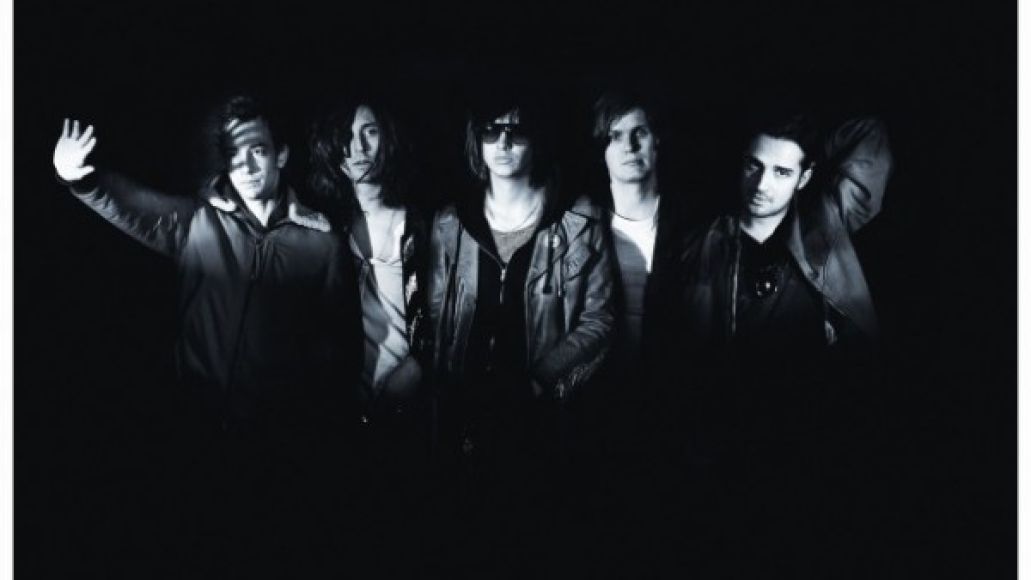 The Strokes participating in an interview wouldn’t necessarily be news if wasn’t for the fact that the band has yet to do one for this album cycle. We’ve been told by band representatives that there are no plans for interviews, a sentiment which BBC Radio 1’s Zane Lowe has echoed on recent episodes of his program. However, a fan exchange on Twitter prompted bassist Nikolai Fraiture to agree to join Lowe for a brief interview, which was aired on today’s program (via She’s Fixing Her Hair).

Fraiture didn’t give up much, but did tell Lowe that the band’s new album, Comedown Machine, was recorded at New York City’s famed Electric Lady Studios. And unlike their last album Angles, frontman Julian Casablancas recorded his part together with the rest of the band.

There are no current plans to tour, though Fraiture admitted that he’d personally like to hit the road. When then asked by Lowe to assess the state of the band given the tumultuous last few years, Fraiture said, “I feel good about the atmosphere in the band… Hopefully it can continue.”

Update: How cool is this? Fraiture did the interview while sitting on Bob Dylan’s old stoop.

Comedown Machine arrives March 26th via RCA Records. Below, you can listen to the album’s latest single, “All the Time”.

The Strokes finally participate in an interview