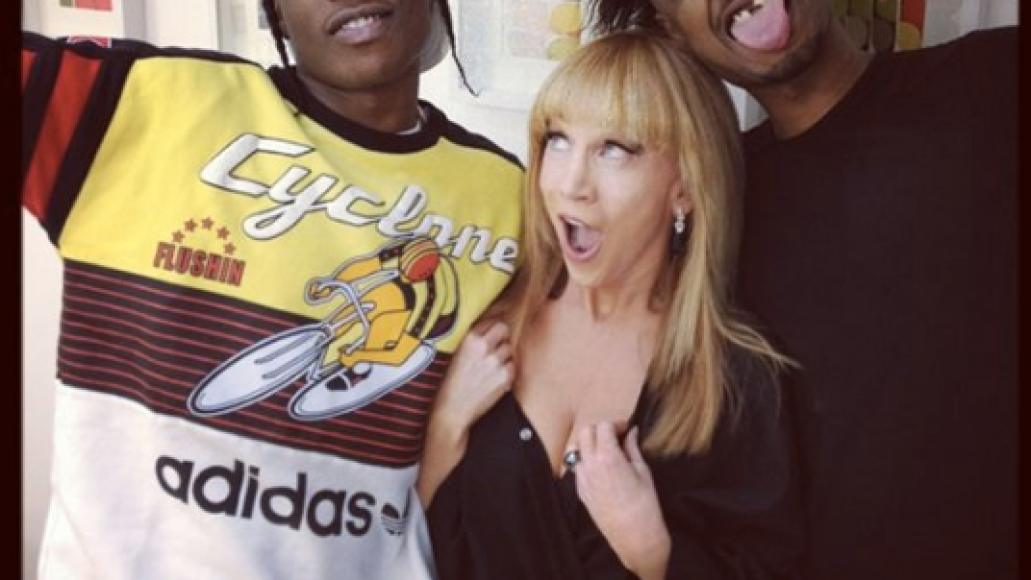 If you say you want to have sex with Kathy Griffin, you better be prepared to walk at least some of that walk. That’s what ASAP Rocky and Danny Brown were met with last night when the two appeared on Kathy, Griffin’s late-night show on Bravo. After Griffin saw the two rappers’ video segment for Noisey where they expressed a desire to copulate with Griffin, she invited Rocky and Brown on the show along with Russel Brand because I guess he’s like an automatic raunchy multiplier or something.

The highlights include ASAP Rocky telling Griffin that one day he wants kids, Griffin telling Rocky to “not get cocky because SchoolBoy Q has been tweeting her” (according to SchoolBoy Q’s Twitter history, she’s lying or they are DM’s which means it’s just that much better), Griffin gets a dentist joke in on Danny, more people have now heard Danny’s amazing laugh, Russel Brands’ look of bemusement during the whole thing, and as for the video labeled “Suck a Breast? Kiss a Stomach?”, well you can probably put the highlights of that together yourself.

Watch the clips below:

Angel Olsen Performs "All the Good Times" on Fallon: Watch