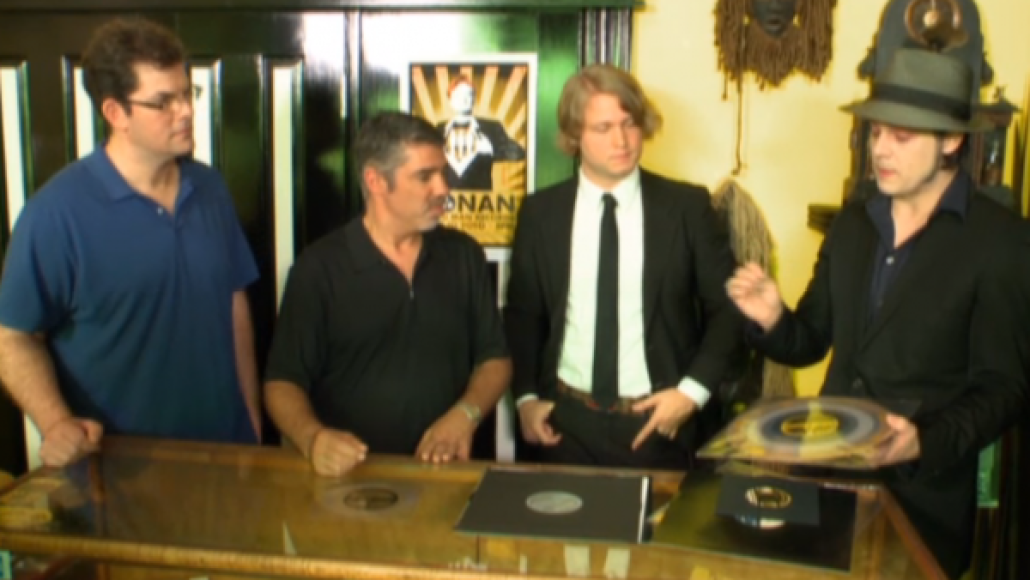 I still sometimes mistake it for a meaty Subway-esque sandwich, so maybe it’s good that Jack White will be bringing his Triple Decker Record to television. He”ll discuss the novelty invention on the first episode of VH1’s For What It’s Worth, a new Antiques Roadshow-type program hosted by Gary “Baba Booey” Dell’Abate (!) and Jon Hein from The Howard Stern Show.

If you’ll remember, White created the Triple Decker Record back in 2010 for his band the Dead Weather and their Sea of Cowards single “Blue Blood Blues” — that release was only limited to 300 copies and some have gone for quite the chunk of change.

The Triple Decker Record is like a gift that keeps on giving, a kind of Russian matryoshka doll if you will, as it essentially hides a 7″ inside of a 12″. In order to use and listen to the former, you must “crack open” the latter. And voila! A surprise inside of a surprise. Kind of like the ever-busy and creative White himself. Did you hear about how he’s already working on 20 songs for his next album? Or how he’s the 2013 Record Store Day Ambassador?

Below, check out a preview of that episode (via Antiquiet), filmed at the Third Man Records headquarters in Nashville, and White’s 2010 Triple Decker Record instructional clip: