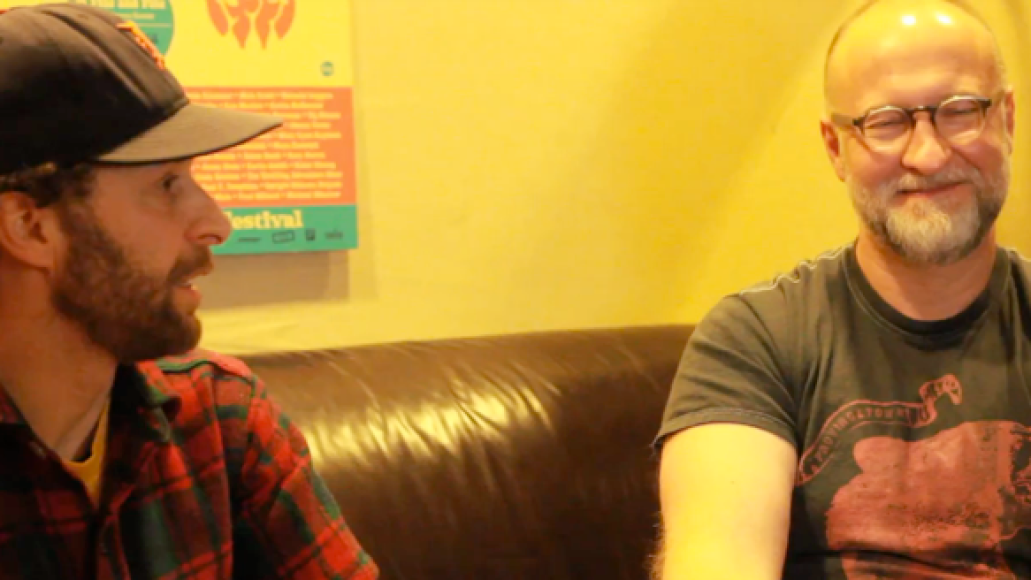 The 12th Annual SF Sketchfest Comedy Festival is currently up and running at venues all across San Francisco. Comedian Jon Glaser of Adult Swim’s Delocated is one of the acts performing during the two week-plus event. Last week, Glaser called in a favor from HÃ¼sker DÃ¼’s Bob Mould, who joined the comedian onstage to sing through a voice-modulated ski mask during the Delocated Witness Protection Variety Show.

Before that all went down, though, Consequence of Sound roped the pair into chatting about their recent collaboration on Mould’s video for “Star Machine” off last year’s Silver Age. With Glaser leading the way, the discussion takes a quirky turn as topics range from how terrible a person Mould is to the odds of getting the songwriter to shave his eyebrows. Catch the interview below, but know that the last bit gets a little awkward.

Delocated‘s series finale airs on Adult Swim this March 7th. You can peep a sneak peek at the final episode, “The Frrt Identity”, right over here.