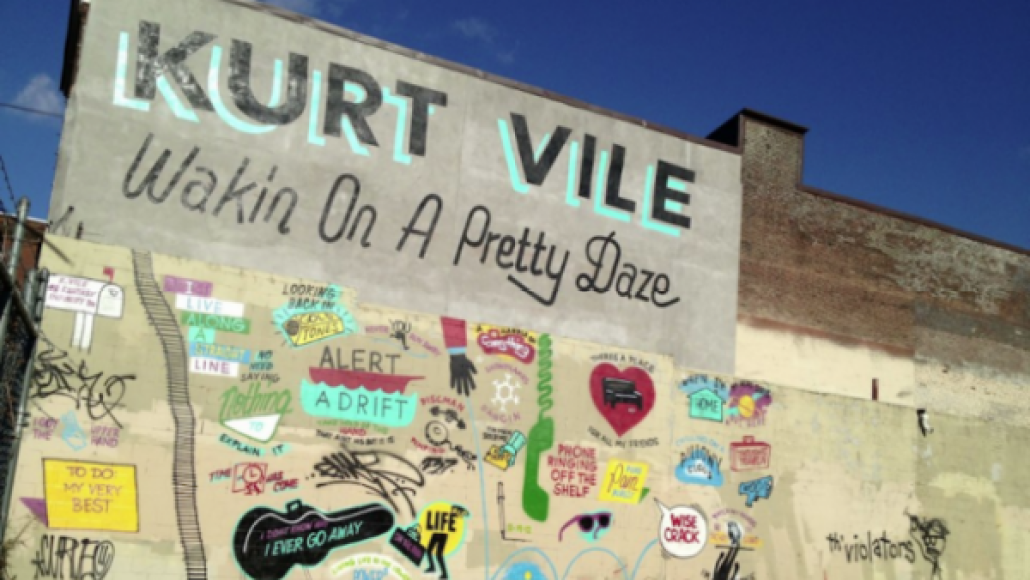 It’s not Exit Through the Giftshop, but this Don Argott-directed short film does give some context behind the Philadelphia street art that’s been promoting Kurt Vile’s forthcoming LP Wakin’ On A Pretty Daze. Matador Records released the clip this morning, which follows artist Stephen Powers, aka ESPO, and how he’s brought many of Vile’s lyrical eccentricities to life through icons and imagery. Watch it below if you can’t make it out to the intersection of Front and Master for yourself.

As previously reported, Wakin’ On A Pretty Daze is the followup to Vile’s 2011 critical smash Smoke Ring for My Halo. It’s due this Spring.