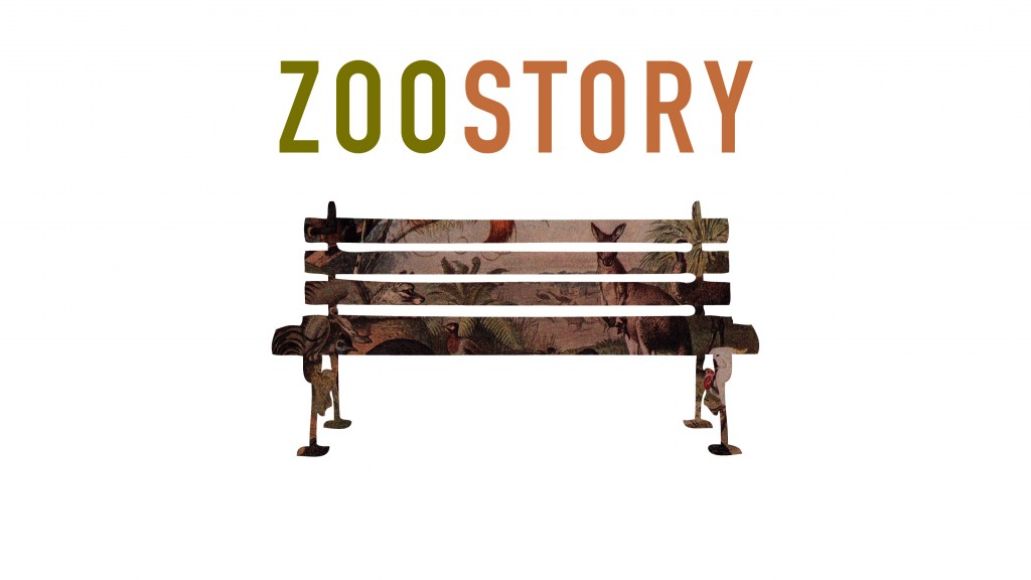 Zoo Story is an editorial column running bi-weekly on Aux.Out., Consequence of Sound’s space for long-form and alternative writing. Zoo Story is based ever-so slightly on a 1959 play by Edward Albee, ever-so-slightly on topical events, and is mostly the thoughts of managing editor Jeremy D. Larson.

In 1998, Nick Cave gave a lecture. It was something he never wanted to do because his father was a teacher and when Cave was 12 he vowed he would never end up like his father. But there he was, honoring an invitation to speak at the Vienna Poetry Festival not in front of a rowdy rock crowd, but in front of seated aesthetes and father figures, giving a speech titled The Secret Life of the Love Song.

Since Cave’s father passed at 19, he has written like a motherfucker to try to wrest the love from his heart. Cave said in his lecture, “The loss of my father, I found, created in my life a vacuum, a space in which my words began to float and collect and find their purpose.”

For over 30 years, Cave has written hundreds of songs (not to mention a handful of film scores, poetry books, novels, and screenplays) in his multi-band career from the depraved to the ecclesiastic, from cocaine-fueled freak-outs to lachrymose ballads. Though most come from the shadowy parts of Cave’s heart, at his core, Cave writes love songs. Some are more on-point like “I Let Love In”, “From Her to Eternity”, “Nobody’s Baby Now”, and perhaps his best-known song, “Into My Arms”. Then there’s the histrionic “She’s Hit”, the grumpy “No Pussy Blues”, the disturbing “Jack the Ripper”, and his deep-breathing ballad “Jubilee Street” from his new album with The Bad Seeds, Push the Sky Away.

It’s a song about man who is “out of place, out of time, over the hill, and out of my mind.” His name “filled every page” in the prostitute’s book that he loved down on Jubliee Street. But now the man is “alone, beyond recriminations” and as the song swells to an end, he glows and flies and tells the crowd, the town, whomever, “look at me now.” Cave has always reflected his more Freudian psychosexual impulses onto the “other” in his songs, kind of like Tom Waits but less steampunk.

As Cave gets older, it gets harder to distance the objects in his songs with Cave himself. His voice is lower and more raw, his lyrics more direct, his noir subject matter repetitive to the point of suspicion. When you look at some of the characters in Cave’s non-musical works, like the misanthropes and malcontents that run around in his novel, And the Ass Saw the Angel, you realize that — as you read the character Euchrid Eucrow call his mother a “great whooping whale of a hog’s cunt and a dried black maggot for a brain” — okay, surely those characters be a little removed from the author. But songs…

“Love songs that attach themselves to actual experience,” Cave said in Vienna, “that are a poeticising of real events, have a peculiar beauty unto themselves. They stay alive in the same way that memories do and being alive, they grow up and undergo changes and develop.”

Although, when I was listening to “Jubilee Street”, it reminded me not of Nick Cave, but of someone else.

And I’ve been listening to Push the Sky Away for a while now, loving its cold, wide-open blues set under cloudy skies and above wet cobblestone streets filled with children, prostitutes, violence, and candid sexual epithets. I thought of the maligned Lulu, the Lou Reed & Metallica experiment from a year and a half ago, maybe the one album that has been haunting me like the tell-tale heart. Did we bury you alive because we just assumed you were DOA? You seemed too old, too senile, and very un-hip so it wasn’t too hard to just nudge you into your grave . Do you — does anyone for that matter –really even care about Lulu, like, was it a joke? I imagine the masters of Lulu are stored in a facility not unlike the final scene in Raiders of the Lost Ark, deadly to the sight and too powerful to comprehend. Nevertheless, I dusted off this 90-minute album.

Oh it’s such a perfect day…I’m glad I spent it with you.

I don’t think Lulu will ever make that critical U-turn that Low or Kid A or Pinkerton or even Lou Reed’s Berlin did after the initial reviews, but I think circling around the outer orbit of the critical reception to the Loutallica project is an odd and completely viable thread about age and alienation, one that myself and many other critics totally ignored.

“…like the semi-coherent muttering of the old man begging for change outside the 7-11.” – Tiny Mix Tapes

“…like your dad’s drunk friend reciting his self-penned erotica over a melting ReLoad cassette.” – EW.com

“Reed, trying to be provocative with lyrics … comes off like a teenager trying to shock his elders. Not very dignified for a man pushing 70.” - NOW Toronto

All these pull-quotes from the 2011 reviews of Lulu refer to age in the pejorative. Reed is either too old to be saying those vulgarities on Lulu (a refresher: “her Kotex jukebox”, “sperm-less like a girl”, “the taste of your vulva and everything on it” and “puny body and a tiny dick” are some neat ones) or as NOW Toronto puts it, is engaging in undignified behavior for men of a certain age.

Lou Reed has always been out of place and out of time, but he’s now starting to get over the hill which doesn’t mean ipso facto he’s lost his mind. Now, this isn’t a mea culpa for every criticism leveled against Lulu — because most criticisms are extremely warranted — but it’s wrong to cast Reed as an old man archetype, hapless, senile, and gelded by time. With glam and punk heroes now beginning to stare at their twilight years, ageism might be becoming a serious bias to consider.*

Grace Slick gave a timely interview in 2011 and said, referring to herself, “Anyone who’s 71 years old would look ridiculous singing rock,” Reed was 68 at the time, but now he’s only got a few month’s left. Cave is 55 years-old, starting to peek over that hill. How old is too old to rock? Can Steven Tyler still say, “Suck on my big 10-inch” when he’s 71? Can Dr. Dre still mob like a motherfucker when he’s 71? Will MÃ¶tley CrÃ¼e still have the Tit E. Cam when they’re 71? (Of course they will.)

If “sperm-less like a girl” was just a quick, Ginsbergean intonation that John Cale rattled off in “The Gift”, or if “the taste of your vulva and everything on it” was snuck somewhere in “Sister Ray”, would anyone have cared?

The tenor of the criticism above implies that Reed was so old that he didn’t know what he was doing, that he didn’t realize what would happen when he hooked up with Metallica. I don’t know whether the final product of Lulu is what Reed had envisioned, but I think as time goes on and Lulu also begins to age, more deference should be paid to Reed for what he purposefully executed. He found a way to antagonize people with his voice, his collaboration, the album’s production, and his subject matter. But more than just a piece of outré art to gawk at, Lulu becomes personal.

Like Cave, the characters in Lulu (Lou, Lou?) start to look like Reed, disenfranchised and frustrated, alone and beyond recriminations. It may be based on the plays of Frank Wedekind, but I think Lulu tells a more personal story than Reed (or any of us) care to admit. Perhaps Lulu is a reflection of a 69-year-old rock star who’s stunted and abandoned and willing to lash out at those who won’t accept him, like a spiteful Christ who misses waiting for the man, $26 in his hand (or at least misses being able to write about the man).

“I don’t have any fans left,” said Reed regarding the negative press. “After Metal Machine Music, they all fled. Who cares? I’m essentially in this for the fun of it.” Martyrdom and hyperbole aside, Reed has always suffered from being misunderstood. He wanted to be more famous, not just the frontman of the band who influenced other bands. And of course that goes for Lulu ten-fold. I don’t want to overlook the fact that Reed’s voice is hard to handle on Lulu — it’s flat and unemotional to a fault. But Lulu and the music on it can almost be defined by what it is not, like some kind of musical différance. It’s so devoid of joy and light that it begs to be seen as part of that spectrum.

Back in Vienna in 1998, Nick Cave justified his gothic bent and help explained some of Reed’s: “The writer who refuses to explore the darker regions of the heart will never be able to write convincingly about the wonder, the magic and the joy of love for just as goodness cannot be trusted unless it has breathed the same air as evil – the enduring metaphor of Christ crucified between two criminals comes to mind here – so within the fabric of the love song, within its melody, its lyric, one must sense an acknowledgement of its capacity for suffering.”

Cave shares this quality with Reed, each in their own milieu. Both tell stories of druggies, nymphos, transvestites, whores, burnouts, murderers, alcoholics, junkies — those in the lower castes of society. Their songs come from the darker regions of their hearts, only to better understand what it is that makes things light. Cave is still filling the hole in his heart, while Reed is still trying to exorcise some of his greater demons. They’ve come too far and are too prolific to let age stand in the way of pushing their skies away. They’re both too black to ever be grey.

* There’s a book I started to skim called Music, Style, Aging: Growing Old Distastefully and that looks really good and probably would help fill in a lot of these gaps here. I look forward to reading it soon and coming back and touching on ageism and what we’re going to do to encourage/prevent this kind of shit happening to Ice Cube.

Jeremy D. Larson is the managing editor of Consequence of Sound. His work has appeared in VICE, Time, The Classical, and Twitter.com

Zoo Story: The Age of Nick Cave and Lou Reed