Trent Reznor puts the human in inhuman. His Frankenstein brings monsters to life. He’s one of the best at inserting genuine emotion into what, in the hands of a lesser artist, would otherwise hit the eardrums as soulless bleeps and bloops. This is the challenge he faces with every record he releases, whether via Nine Inch Nails, movie scores, or his most recent project, How to Destroy Angels. The band’s first album after two EPs is successful in that regard, but at what cost of originality? In the end, Welcome oblivion is really just three stitched-together pieces used to create a living, breathing, albeit disjointed creature. The following is a breakdown of the monster that Dr. Reznor brought to life with various results.

I. The Soul (Tracks 2, 5, 6)
Less than four months ago, How to Destroy Angels released their second extended play, An Omen_, with six brand-new tracks. Four of those were cut-and-pasted into this new album. The chief complaint against Welcome oblivion is not quality control, but the dangers of repetition. Nearly one-third of the album has been released in recent months, so their placement on the new record is puzzling.

The frustrations of recurrence aside, the tracks are among the strongest of this otherwise new collection, and the resulting album is clearly based around those songs. “Keep it together” lays to waste any lingering notions that this project is merely a reason for Reznor to work with his wife, lead vocalist Mariqueen Maandig. She provides a softer kind of sensuality on these tracks that the NIN frontman could never duplicate. Sexual fears (“And when I lie on top of you / I’m afraid”) wade atop the low, throbbing beats and the dark synth sound Reznor mastered over two decades ago.

“Ice age” is the best of the entire bunch. A folk song torn apart with a deep bass line and ghostly effects quietly building in the background, somehow illuminating and shadowing Maandig’s vocals simultaneously. It stands apart from its electronic-driven brethren without sacrificing the sense of unease that seeps throughout Reznor’s work: “I take the thought of you and burn it to the ground.” It’s a NIN song murdering a Decemberists song, or Frankenstein’s monster throwing the little girl into the lake, mistaking it as play.

II. The Body (Tracks 1, 3, 4, 7, 8, 9, 10)
The never-before-released tracks make up the body of the record, but don’t gel as well as either of the band’s EPs. “How long?” features a rudimentary chorus  you can barely hang a hat on (“How long / How long / Can we keep holding on?”), bludgeoning the perfectly fine verses. As far as the previous claim of repetition goes, look no further than “Too late, too gone”, with the line “everything stays the same” all-too-closely resembling NIN’s “Every Day Is Exactly the Same”. “Strings and attractors” is a slightly picked-up “The Great Below”, with the damning line “and keep repeating.”

Two tracks keep it in motion. The first is the album opener, “The wake-up”, with Maandig’s vocals slowly overcoming the stabbing synths, beats, and relentless waves of effects, by finally reaching through with the question, “Is anybody listening?” The second is the title track, and while it does fall victim to duplication (see The Fragile’s “The Wretched”), it’s one of the rare times Maandig has a chance to let it rip, as she just howls all her verses.

III. The Mind (Tracks 11, 12, 13)
At the end of the day, no matter who else is involved in How to Destroy Angels, the brains behind the operation is Reznor. Vocally, his conduit on Welcome oblivion  is his wife, but his voice still creeps in every now and again. Working once more with Atticus Ross and mixer Alan Moulder, Reznor continues to create albums that just sound great. Even with less-than-great material (a category this album falls under), you won’t find many complaints about mixing, production, or instrumentation. Reznor is just about infallible as far as that is concerned, with these final three tracks serving as prime examples.

The album finally breaks free from its mid-tempo state with “Recursive self-improvement”, easily the poppiest track here. Its looped, fast-but-not-furious beats and keyboard melodies are Reznor’s updated version of a mid-’80s film/TV score (think Beverly Hills Cop or Miami Vice). The song warrants its lengthy rave, and evaporates at just the right moment. These closing tracks are about 90% instrumentation, skimping on any vocals, and sequenced as the record’s closing argument speaks volumes as to what’s most important here: the mind is an awful thing to waste.

Welcome oblivion is a technical marvel, as everything the good Dr. Reznor works on becomes, even if its unintentional reprisals of earlier NIN material hamper it from a critical standpoint. Reusing old body parts just never ends up with a happy ending. Fortunately, the record warrants a possession due to a possession of its own: a soul. In a world of music so devoid of such a concept, no matter how ugly the creature, any soul is welcomed. 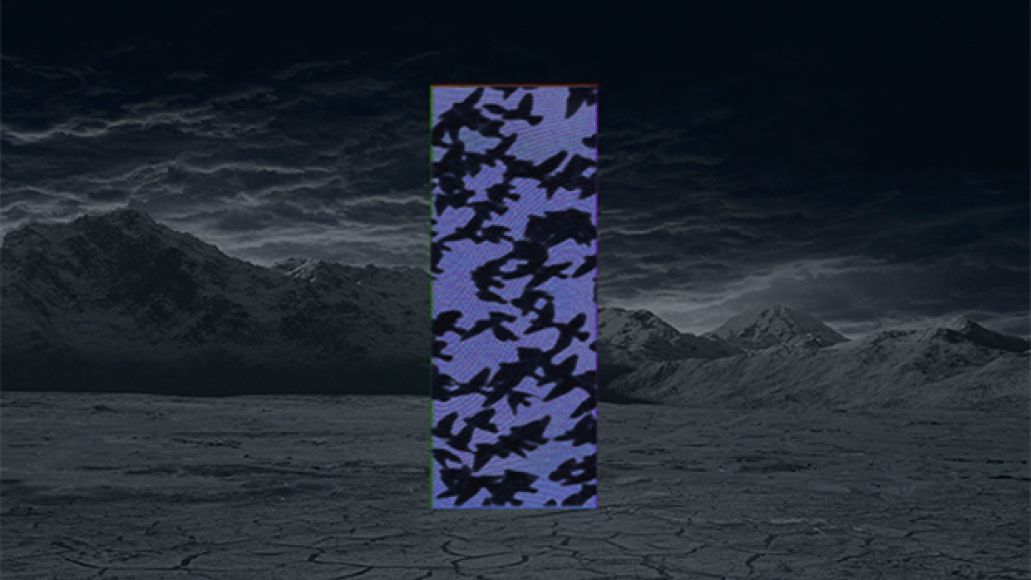