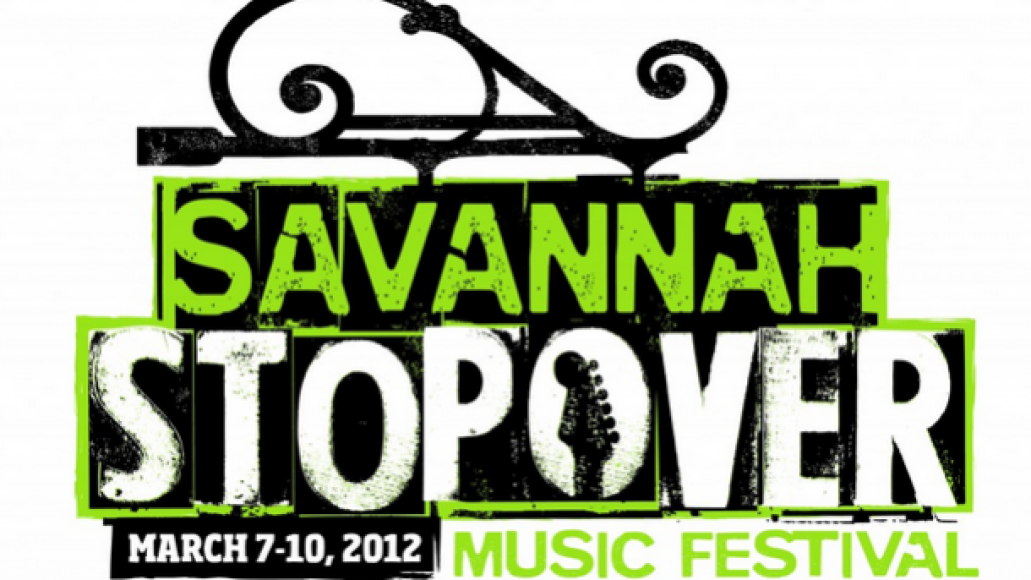 While most of the music business were readying themselves for the musical, physical, and emotional onslaught of South by Southwest, a brave few got the party started early at Savannah Stopover. Already in its third year, the festival, as its name might indicate, “capitalizes on the logistical good fortune of Savannah, Georgia’s proximity to interstates 95 and 10 by presenting traveling musicians with a welcoming place to play en route to Austin’s annual SXSW.”

In a way, Stopover definitely serves the role as a warm up for many bands. Established acts like Thurston Moore can test-run his new band Chelsea Light Moving, more buzzy acts like a Merchandise can get a feel for the national spotlight and the grind of festival life, and up-and-comers can work to raise enough interest to get some more butts in the seats once they hit ATX. Plus, it even helps festival-goers and journalists knock out a few shows as a way to lighten their own SXSW schedule. Logistically speaking, it’s a nice bit of mutualism, the live music experience of those little birds that clean out dirt and food from the mouths of hippos or alligators.

Even still, Stopover is more than just a dry run for industry insiders. Just as SXSW has molded and shaped itself to the cultural and physical make-up of downtown Austin, Stopover is working hard to ingrain itself to the city of Savannah. On one hand, it’s about recreating the laid-back, easy-going vibe of the city — a festival without pretense. And while SXSW is a daunting task that absorbs most people’s entire stay in the city, Stopover has learned to share the wealth with its municipality, staging later showtimes and fewer gigs as to accommodate more touristy options. It may not make for as an exciting and rushed time as SXSW, but Stopover isn’t focused on out-doing SXSW. Instead, it’s looking to bring prestige to an unheralded city.

There’s no denying it’s a young festival with plenty to learn about minute planning details like parking and transit, expanding at an incremental pace as to still maintain its primary goal, not outgrowing the city as a whole and thus becoming a burden, and generally the sort of topics that only can be learned by the awkwardness of experience. Still, it’s on its way to fulfilling a specific role while demonstrating that the festival circuit isn’t all about competing lineups or who can outshine who. So, enjoy our look at the little festival that can, something we hope will one day be as important of a tradition as SXSW itself. Just minus the ceaseless exhaustion and blistered feet. 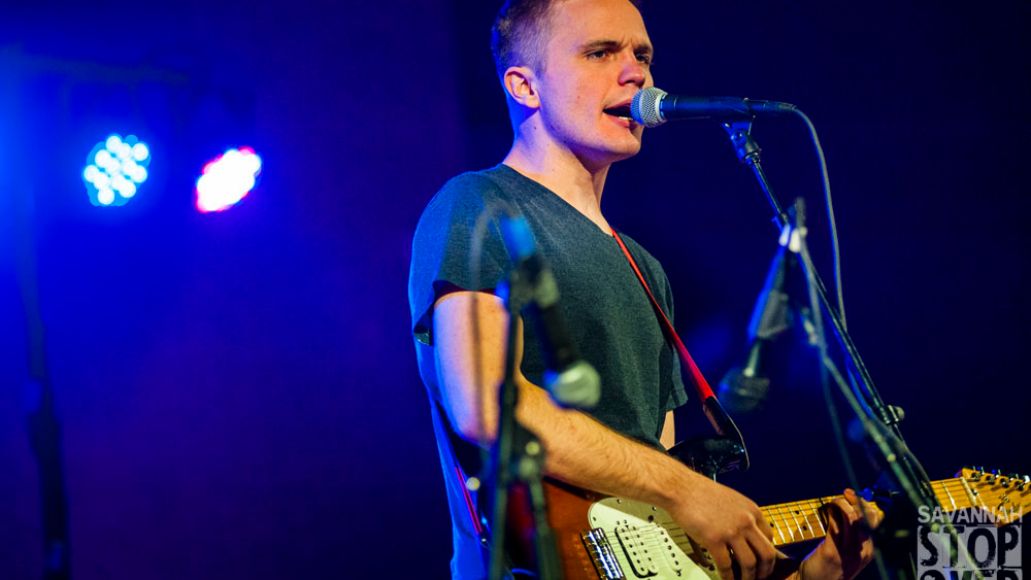 Early into the band’s set, Merchandise frontman Carson Cox told the crowd, “This next one is a slow one. So you don’t have to dance. You can even fucking turn around.” No doubt, the young Florida band was responding to an air of uncertainty from some of the crowd, many of whom stumbled in to catch Chelsea Light Moving. But Cox got it wrong; the crowd wasn’t wondering who they were, but rather what they were.

But that may well be when the band is at their most effective: with audience members off-guard, the riffs have more impact, the anthems more alluring and inspiring, and every dissonant twang of the guitar or pounding drum part combines the audience into one collective mass hungry to be tossed around inside the faceless musical cyclone. And by the time the crowd had begun to figure out the band’s path, they brought out dual saxophone players for some Springsteen-inspired post-punk jam where sweat-soaked dancers and waves of pure noise and dissonance collided. But this latest development helped clear the air, turning that sense of uncertainty into one crisp with the crackle of exhilaration and astonishment. Whether members of the crowd had been moved enough to seek out the band later on, there was at least that span of one hour on a beautiful March night where every one knew the name Merchandise. 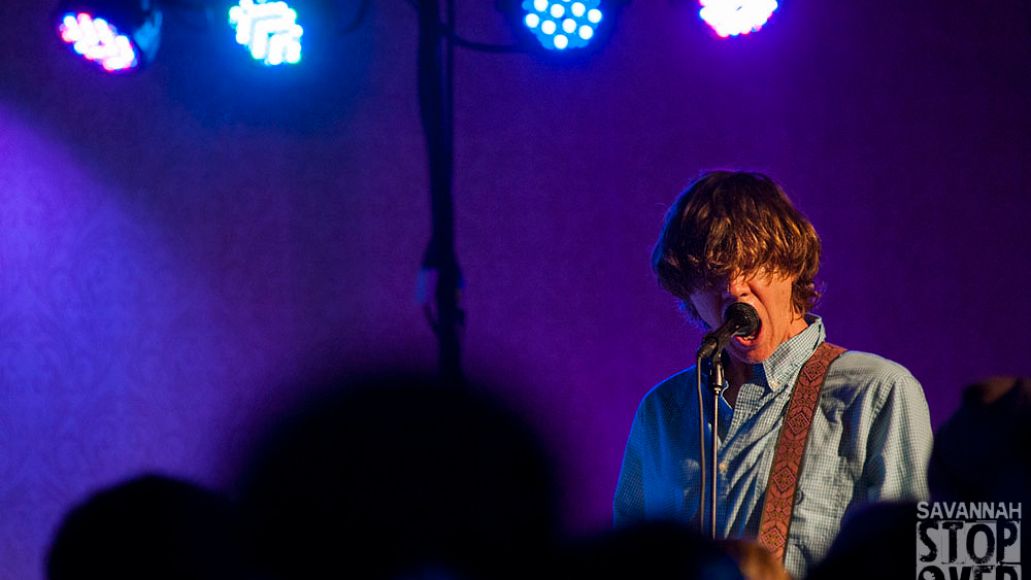 I have this sort of sense of Thurston Moore, one that may or may not be totally accurate. As a founding member/guiding force of Sonic Youth, and thus a purveyor of noise as a whole, Moore should be rocking stages across the world. But here he is, playing in some hall to a couple hundred people on a Thursday night, and the fact that he’s doing so as part of Chelsea Light Moving doesn’t take away from the fact that this is Thurston fucking Moore. But he shot my little theory right to pieces when he presented himself as the most fun-loving, easy-going, and accessible guy of perhaps the entire weekend. He made jokes, cracked wise, told funny stories about songs he’d written, and his thoughts on Rolling Stones albums; he even shared a beer and a hug with a devoted fan who named her kid Thurston Rex. And not only was he the kind of guy you’d let date your sister, the music itself wasn’t half bad, either.

The alt-leaning fury of the band’s debut album gets fleshed out live, thanks in part to the interplay of Moore and his band members bassist Samara Lubelski, guitarist Keith Wood, and drummer John Moloney.  The joy they get from playing together was written on the band’s face, and that kind of dedication is something slightly unsuspected and wholly relieving as a fan who wants to see something as pure and essential as rock stars being in the moment. It seems odd that having Moore and co. playing fucked up punk rock would be this wholesome, life-affirming experience, but it just goes to demonstrate that some preconceptions are totally groundless. Oh, and Moore was also way less tall looking in real life. 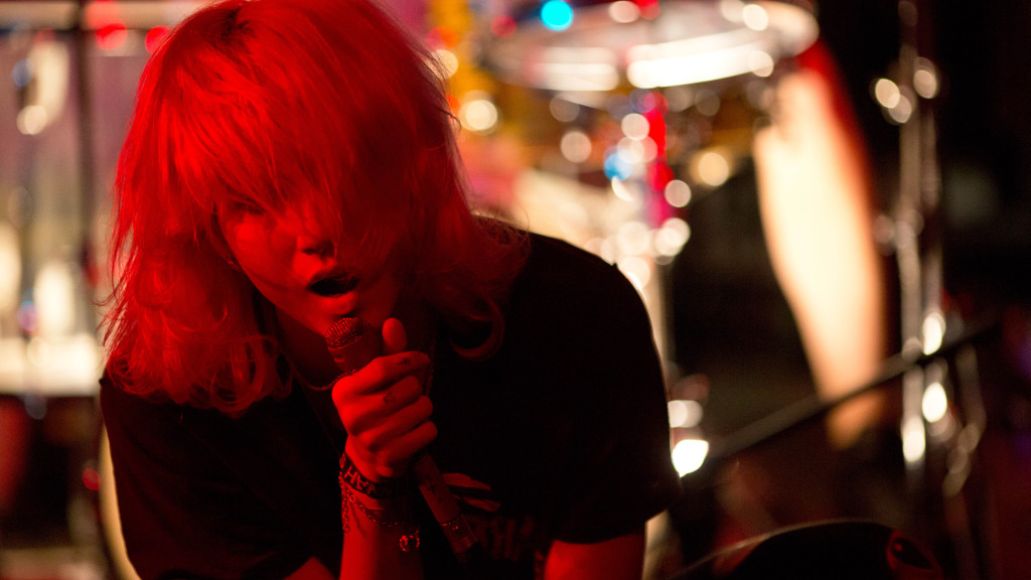 If there’s someone who is actually doing it really right, it’s Isabel Almeida from New York’s Hunters. With her pink hair and long, lanky limbs that remind of a serpent or a praying mantis, Almeida’s stage performance evokes a kind of mixed sense, with the innocent looks and casual sex appeal of the Runaways combining with the more jagged, unapproachable qualities of Wendy O. Williams, resulting in a compelling blend of attraction and compulsion.

Whether she’s curled up in a ball on the monitors, screaming her heart out, or coming dangerously close to thrust kicking guitarist Derek Watson in the dome, it’s like watching a wild animal stalk its prey. The only downside, though, is that Hunters may be a talented group with an ace in the hole with Almeida, their music can often be unfocused, falling into the vast ocean of garage-/art-rock bands. Just don’t tell her I said any of this; I don’t want to take a roundhouse kick to the teeth. 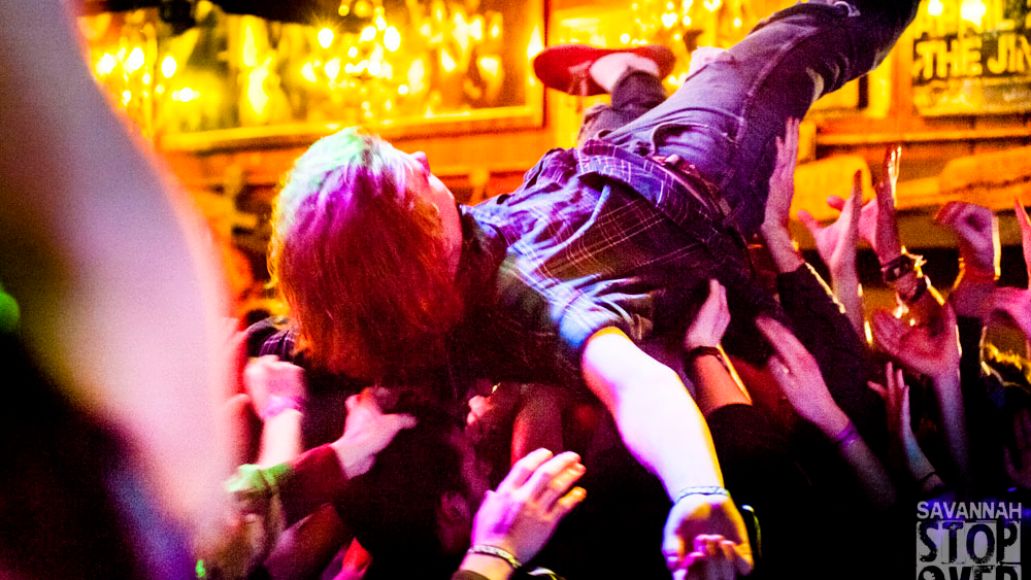 For as much as I totally miscalled Thurston Moore’s stage presence, Mac DeMarco confirmed every single thing I ever assumed about him and his music ten times over. If the groundhog from Caddy Shack and Billy Murray from the same film were somehow combined using the teleporter from The Fly, I’d like to think the resulting lifeform would be Mr. DeMarco. As much as some of his kookiness can distract from the really earnest and universally-accessible lyrical constructs, there is almost that sense seeing him on stage that you’re seeing him in his truest and most pure form.

Even as he does a goofy voice or engages in an extended duck-walk across the stage, the whole time DeMarco is pulling strings and dictating the evening’s pacing and energy. He’s a masterful band leader, his goofiness is just enough to be charming while also placing an emotional distance between himself and the crowd. And without making too much of a big deal about it, the crowd ate it all up like nachos or cheap beer, even if DeMarco’s hooks and songwriting were overlooked in favor of his gimmicks and the song’s inherent danceability. While he may be one of the more unpredictable frontmen in rock and roll today, DeMarco takes that position more serious than a heart attack.