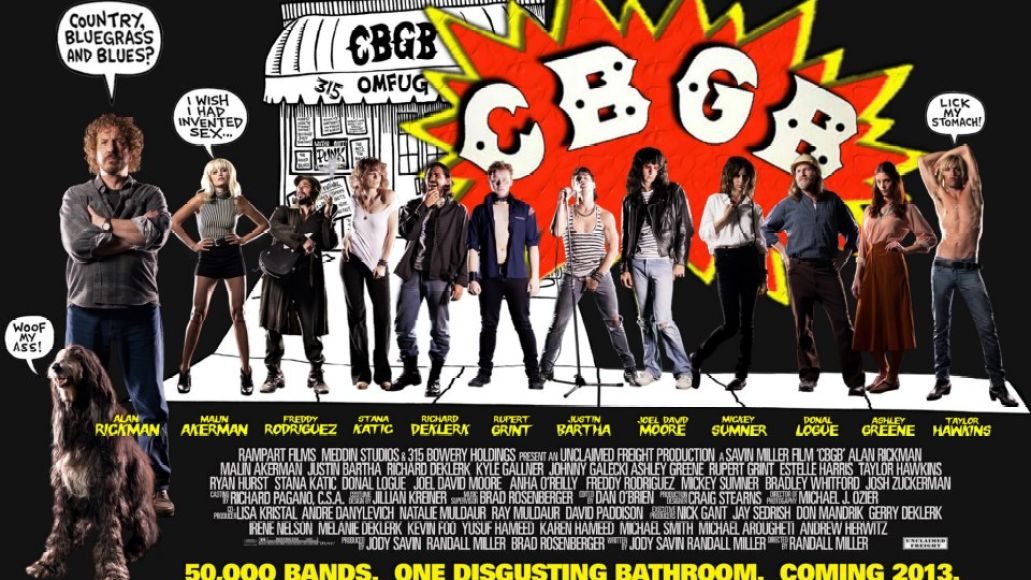 The historic New York City punk nightclub is the center of the forthcoming film CBGB, and that there is the promotional poster for it. That’s Foo Fighters drummer Taylor Hawkins as Iggy Pop saying “Lick my stomach!” and Alan Rickman as CBGB & OMFUG founder Hilly Kristal (hi-res image here).

Other notable rock stars to appear in the film will be Richard Hell, David Byrne, and of course Tom Verlaine, all appearing not as themselves. CBGB will be released later this year.

In a 2012 interview with Rolling Stone, director Randall Miller said the movie is “a story of Hilly and how he basically was the catalyst for this gigantic, sea-changing music. And he didn’t set out to do that initially, but he became sort of the godfather of punk and underground rock.” Amen.

Here's the poster for the CBGB movie