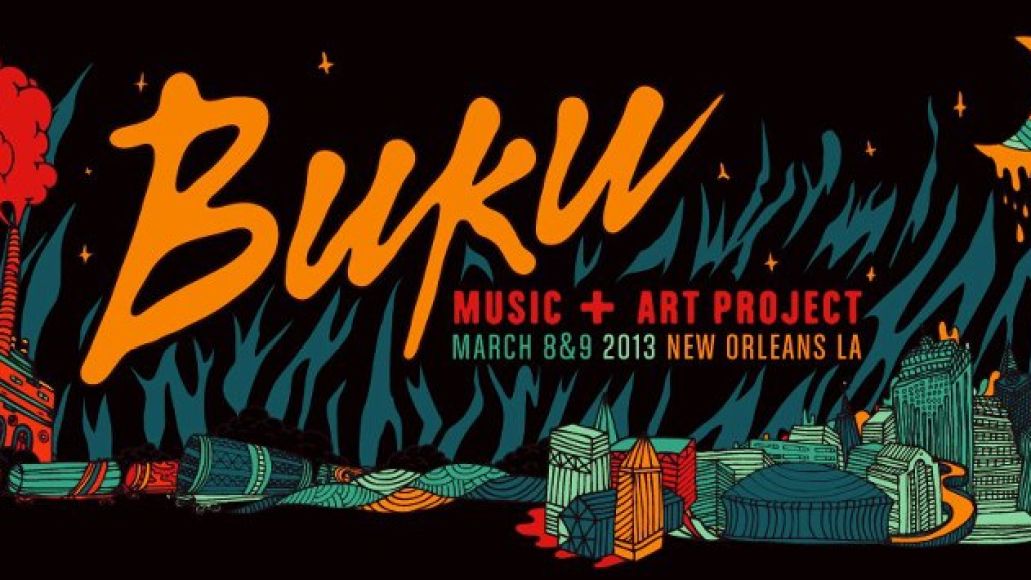 The shining city lights of New Orleans were momentarily eclipsed by the neon haze of thousands of LED lights and the bobbing glow sticks of a perpetually dancing crowd on the banks of the Mississippi River. This was Buku Music + Art Project: the eclectic two-day festival that took over the Mardi Gras World facility last weekend. While gates opened around four in the afternoon each day, the party lasted until three in the morning.

Regardless of the ground’s close quarters, each stage felt as if it belonged to an entirely different festival. There was something for everyone: tripped-out ravers danced amongst the retired-Mardi Gras floats during sets by Flying Lotus and STS9; mosh pits destroyed the Ballroom Stage during Japandroids’ power hour; the Riverfront Stage packed a few punches with NOLA’s own Big Freedia; and Passion Pit electrified the aptly-labeled Power Plant Stage.

(Here’s something that was both wildly inventive and a tad weird: The few elite attendees who snagged VIP passes could watch from the Heineken S.S. Buku riverboat. Odd, right?)

Highlights of the weekend included Flavor Flav’s invite to the crowd to stick their middle finger in the air as an f-you to racism, Primus 3D, Earl Sweatshirt’s, um, sweatshirt, and the overall cultural collision of a college-aged crowd that loves music in all of its forms.

Until next year, rave on.