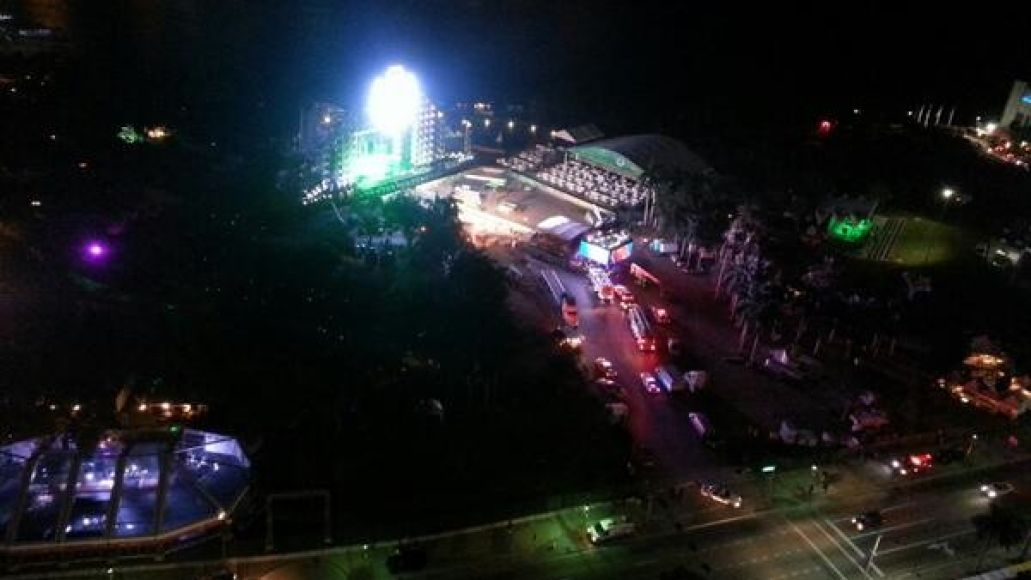 Mere hours before weekend one of Miami’s Ultra Music Festival is to open its gates, a partial collapse of the main stage left two workers in serious condition. According to the Associated Press, the workers were struck by a section of the LED screen, which was 7 feet in height and extended three-quarters the length of the stage.

Festival organizers said in a statement:

“Today (Thursday, March 14) as preparations were being made for this weekend’s Ultra Music Festival, a section of an LED screen fell and injured two workers. Fire Rescue was on site so there was a rapid response. Festival organizers are working with, and supporting, authorities as they investigate the details behind the accident.”

The Associated Press reports that “the fire marshal, structural engineers, an Occupational Safety and Health Administration representative, and city police and fire officials plan to review the accident scene on Friday.” A Miami fire and rescue spokesman added, “Once we get the approval that everything is structurally sound, we’ll go ahead and allow the event promoter to open up the finished stage.”