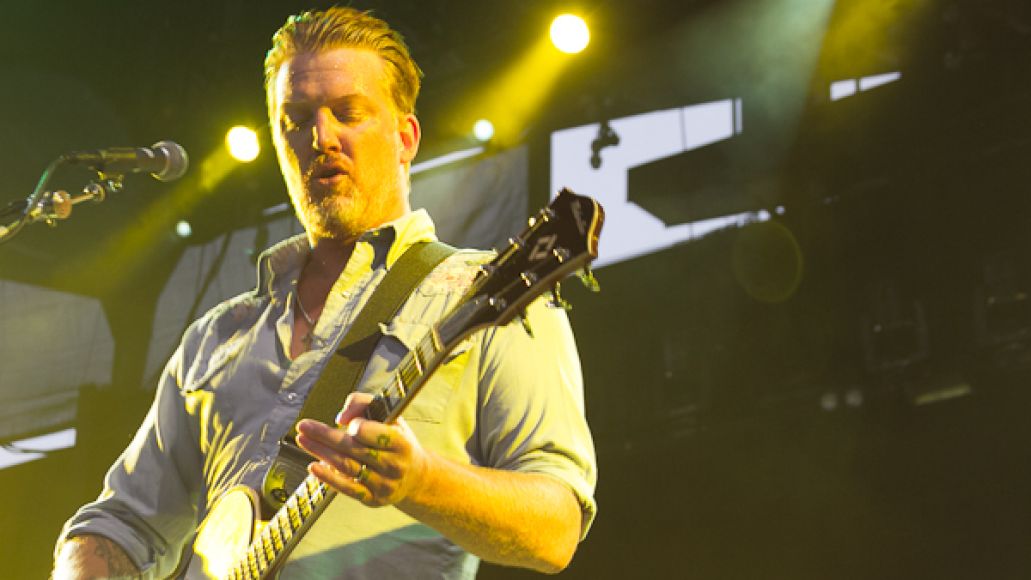 Josh Homme and his Queens of the Stone Age performed tonight at Lollapalooza Brazil for the first time after almost a year and a half away from the stage. With their return came the debut of a new song, “My God is the Sun”, possibly from their forthcoming album …Like Clockwork.

The three-and-a-half-minute song is the first new music from QotSA since 2007’s Era Vulgaris, and this live performance marks the band’s first time performing with their new drummer Jon Theodore from The Mars Volta. Listen to all the newness below (via Antiquiet).

Update: You can also check out a video performance of the song below:

…Like Clockwork will be out in June via the band’s new label, Matador Records.