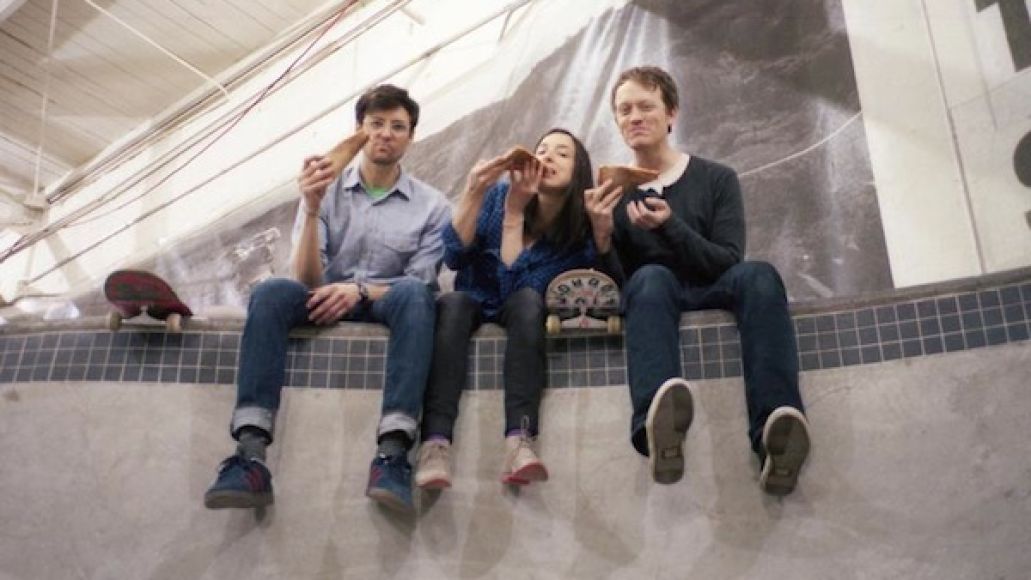 Two years after releasing their debut album, Mega Rama, Radical Dads have emerged from Brooklyn’s sludgy Gowanus Canal to announce their second effort, Rapid Reality, due out May 21st on Uninhabitable Mansions.

To preview the forthcoming record, the three-piece have let loose “Mountain Town”, a ferocious new track that seems born out of a musty garage, while also hinting at ’90s-style indie rock and even a bit of biting punk. Maybe it’s the grimy Superfund canal that’s given them the fearless sound, or maybe they just straight-up play like they DGAF — either way, the song’s razor-edged guitars seem to screech and relentlessly rip through speakers like a pair of rusty, serrated scissors. Listen if you dare (we suggest you dare).

Radical Dads will soon hit the road for a handful of Northeast tour dates. Check those out below.