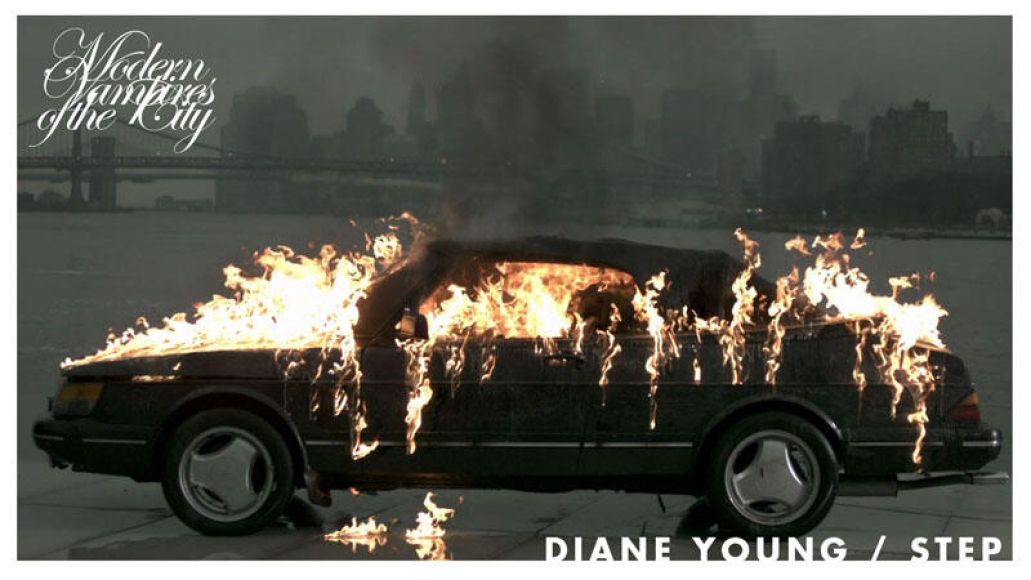 Over the weekend, Vampire Weekend debuted “Diane Young” during their SXSW showcase at Stubb’s. Now, they’ve unveiled the studio version, along with another album track called “Step”, both of which are out tomorrow as a double A-sided single. Both tracks are also streaming below, accompanied by respective visuals.

On “Diane Young”, it would appear that frontman Ezra Koenig has staved off Graceland in lieu of early Elvis Costello, specifically 1978’s My Aim is True or 1981′s Trust. It’s awash in reconstructed ’50s motifs and sock hop nostalgia, the stuff that would make John Waters giggle and John Travolta swing. When Koenig pants, “Baby, baby, baby, baby,” it’s as if the only thing missing is a Mustang convertible.

“Step”, on the other hand, is a far more stripped down, meditative affair that’s for the empty piano rooms of desolate mansions everywhere. Koenig finds his inner Lennon, asking, “What you on about?” It’s tranquil, sad, and the most mature thing they’ve released thus far.

The band’s new album, Modern Vampires of the City, arrives May 7th via XL Records. “Diane Young” and “Step” will be available digitally beginning tomorrow, followed by a limited-edition 7″ vinyl on April 9th.