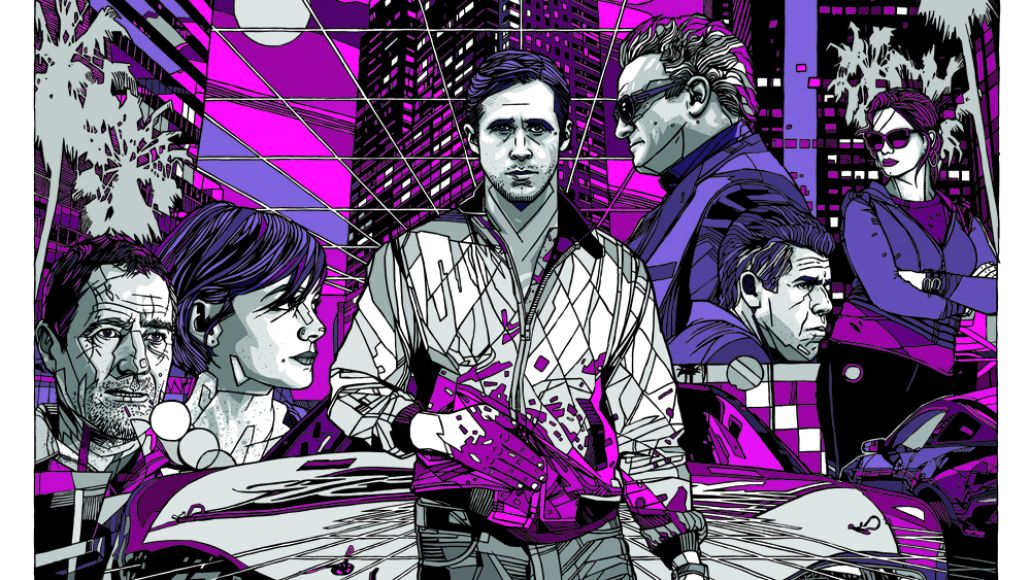 If you’re like me, you probably revisited the theater multiple times in the fall of 2011 to catch Nicolas Winding Refn’s Drive. If you’re really like me, then you might have had your girlfriend make a faux Gosling jacket for that year’s Halloween, only to buy the real thing a month later. However, any vinyl enthusiasts out there, who share even the slightest love of the film that I do, probably laid down a pretty penny for its accompanying soundtrack on wax. (I know I did. It’s pink and was shipped from overseas.) Well, get ready to dish out more money.

As Pitchfork reports, and you’ve no doubt noticed above, there’s a new vinyl reissue that sports some awe-inspiring artwork by Tyler Stout based around the film. Yep, on March 15th, Austin’s Mondo Gallery will be selling the new 2xLP on their website, and what’s worse, it comes with a fold-out poster of Stout’s artwork and a few random copies will, too, be available on pink wax. So, if you’re sitting there with that original vinyl from last year, it’s okay to pout and frown as you click ‘purchase.’

Consult the full tracklist below and catch the trailer for the beaut shortly after.

Oh goddammit, the Drive soundtrack is getting reissued!