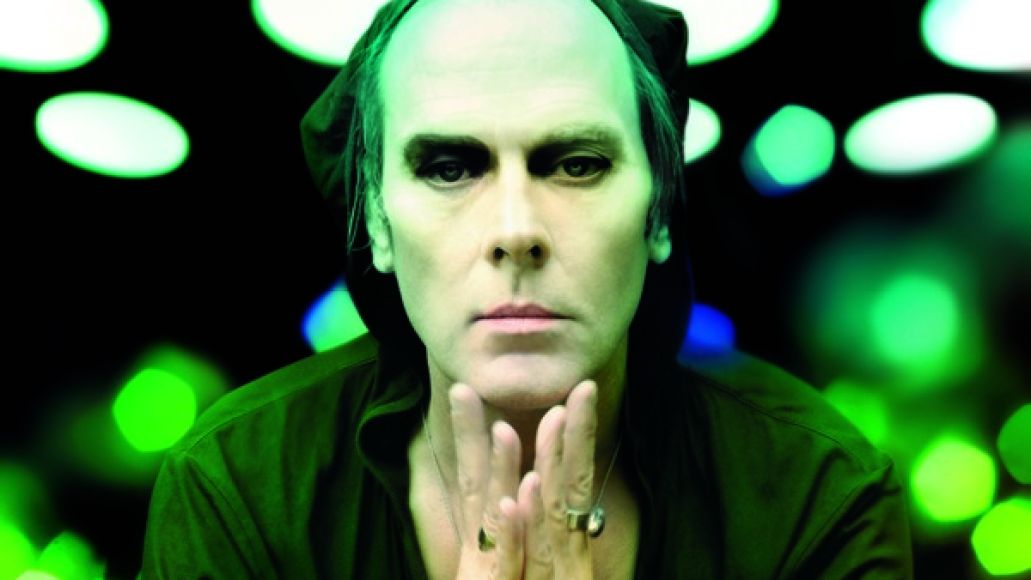 Peter Murphy is about to hit a landmark, as he’s hard at work on his tenth solo album, the followup to 2011’s NINTH. Before he finishes up that work, though, he’ll head out on a massive world tour tour commemorating another numerical benchmark: the 35th anniversary of his late, great band, Bauhaus.

Says Murphy in a press release, “Since 2006, I have included my Bauhaus work into my solo work as a way of tipping my hat to my own audience…those who discovered my early work as well as new and old fans of those years strong wishes to hear the music of my band crackle and spark in the live arena. Being the foremost advocate of this Bauhaus work, I decided the time was ripe to at last give a pure Bauhaus experience in one Mr. Moonlight world tour. Mr. Moonlight is alive and well, don’t doubt it.”

The three month spring-summer tour will include two North American legs with a European trek in between. Check out the full itinerary below, followed by a 2009 clip of Murphy performing the Bauhaus cut “She’s In Parties” in Tel Aviv.