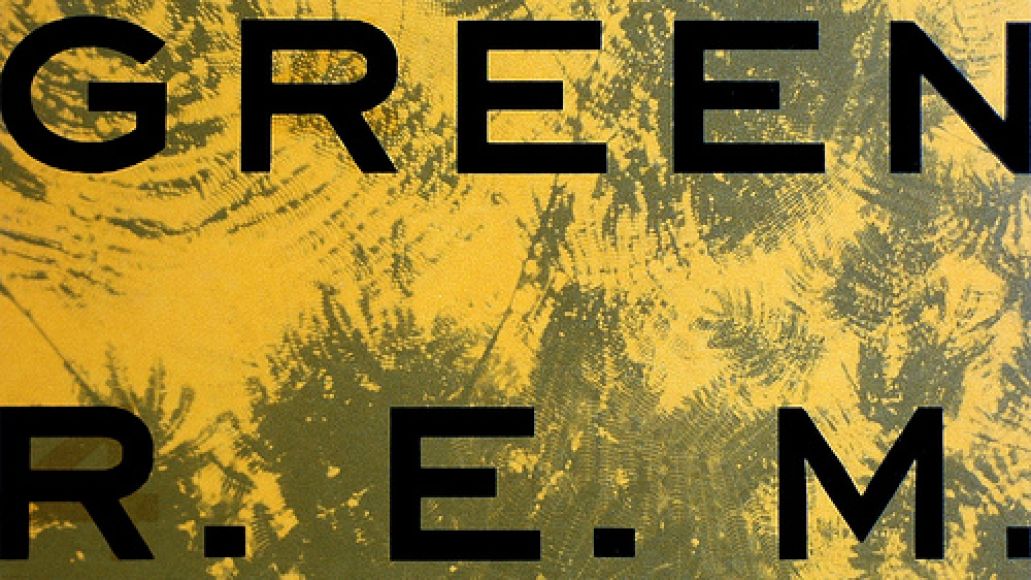 R.E.M. will celebrate the 25th anniversary of their 1988 album, Green, by releasing a deluxe edition reissue on May 14th via Rhino Records. The band’s sixth studio, and first with Warner Bros. Records, featured many of their biggest hits, specifically “Orange Crush”, “Pop Song 89″, and “Stand”, and has gone on to sell more than four million copies worldwide.

The two-disc reissue will feature the remastered original album accompanied by a disc of live performances taken from the band’s concert in Greensboro, NC on November 10th, 1989; four postcards and a foldout poster; and liner notes by Uncut editor Allan Jones, all housed in a hard clamshell box. The reissue will also be pressed on 180-gram vinyl.

What’s more, the band will release a limited edition, five-track EP as part of Record Store Day (April 20th), featuring a “handful of performances from the Greensboro show that, due to space constraints, are not found on the Deluxe Edition.”

In recent years, R.E.M. has released similar reissues for its first five studio albums. It should be noted that the band’s seventh album, Out of Time, doesn’t turn 25 until 2016 — so your bank account has plenty of time to recover.