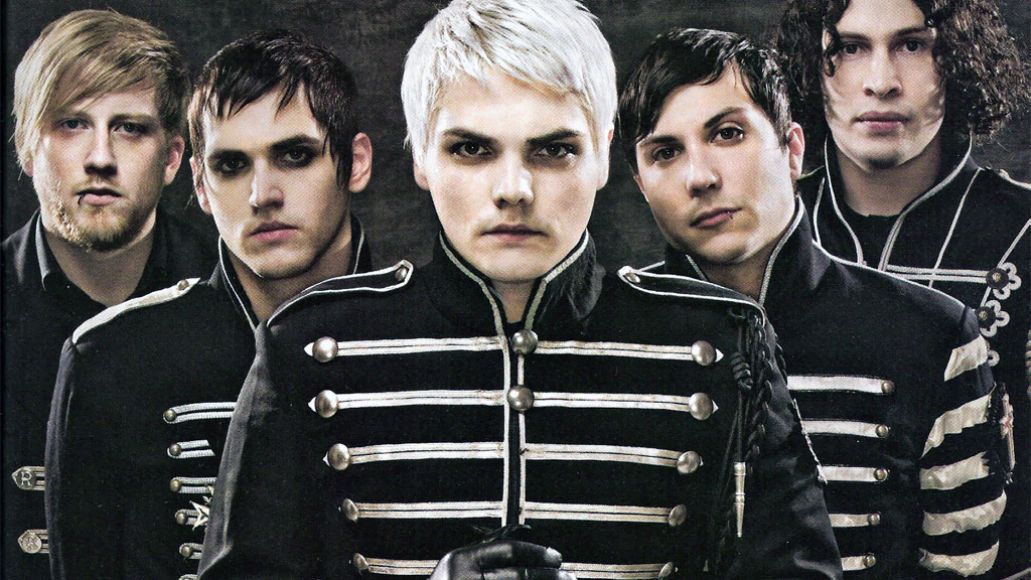 My Chemical Romance’s famous last words proved to be the following:

“Being in this band for the past 12 years has been a true blessing. We’ve gotten to go places we never knew we would.  We’ve been able to see and experience things we never imagined possible.  We’ve shared the stage with people we admire, people we look up to, and best of all, our friends. And now, like all great things, it has come time for it to end.  Thanks for all of your support, and for being part of the adventure.”

Yes, the emo-rock institution announced their disbandment late Friday night, ending their 12-year existence. During that span, the band released four studio albums, highlighted by Three Cheers for Sweet Revenge, which proved the soundtrack for many an angsty teenager in the mid 2000s. Their last release came in the form of 2010’s Danger Days: The True Lives of the Fabulous Killjoys.