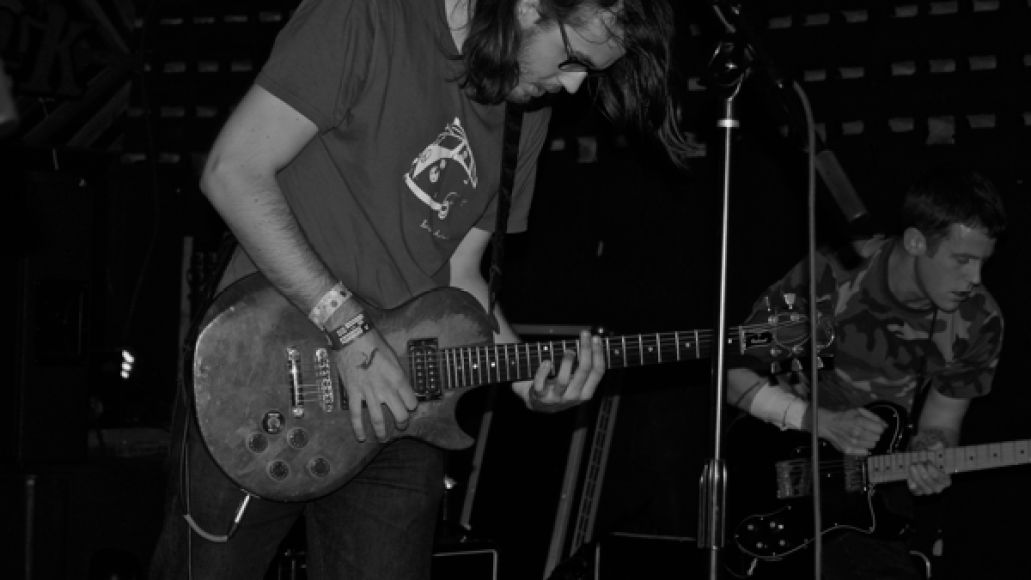 If you’ll remember, Cloud Nothings put out one of our favorite albums of 2012, Attack On Memory. While it might’ve been enough to hold us over for at least another year, the Cleveland-based indie rockers didn’t want to waste any time before working on new material, claiming they’d be releasing a much “noisier” record come 2013. Last night, during a SXSW show at The Mohawk, the band performed a new song, seemingly making good on that claim.

Consequence of Sound Editor-in-Chief Michael Roffman was in attendance and commented on their set via Twitter, writing, “Cloud Nothings’ new material sounds like Dylan’s [Baldi, frontman] been on a Sonic Youth/MBV/Hum kick. Maybe a lil Oberst too.”

Below, watch footage of the new song and stay tuned for a full review of the show.