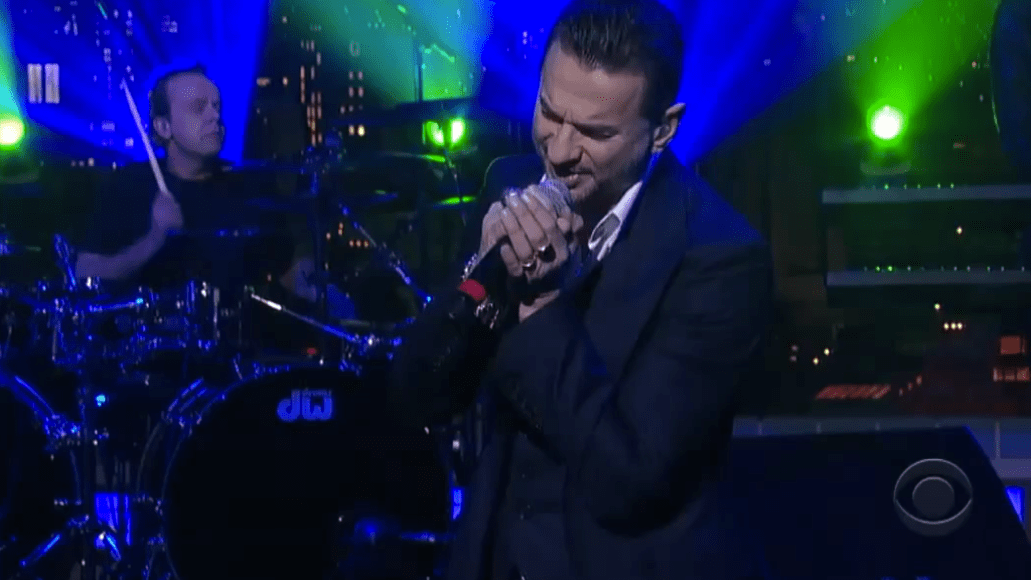 The band also participated in the latest edition of the Live on Letterman webcast series. Their 45-minute set included several new tracks, specifically “Angel”, “Should Be Higher”, “Soft Touch”, and “Soothe My Soul”,  in addition to past favorites like “Personal Jesus” and “Enjoy the Silence”.

Replay both performances below.

Later this week, Depeche Mode will appear at South by Southwest, where they’ll participate in a Q&A before performing an intimate show on Friday night.

Live on Letterman Setlist:
Angel
Should Be Higher
Walking In My Shoes
Barrel Of A Gun
Heaven
Personal Jesus
Soft Touch
Soothe My Soul
Enjoy the Silence