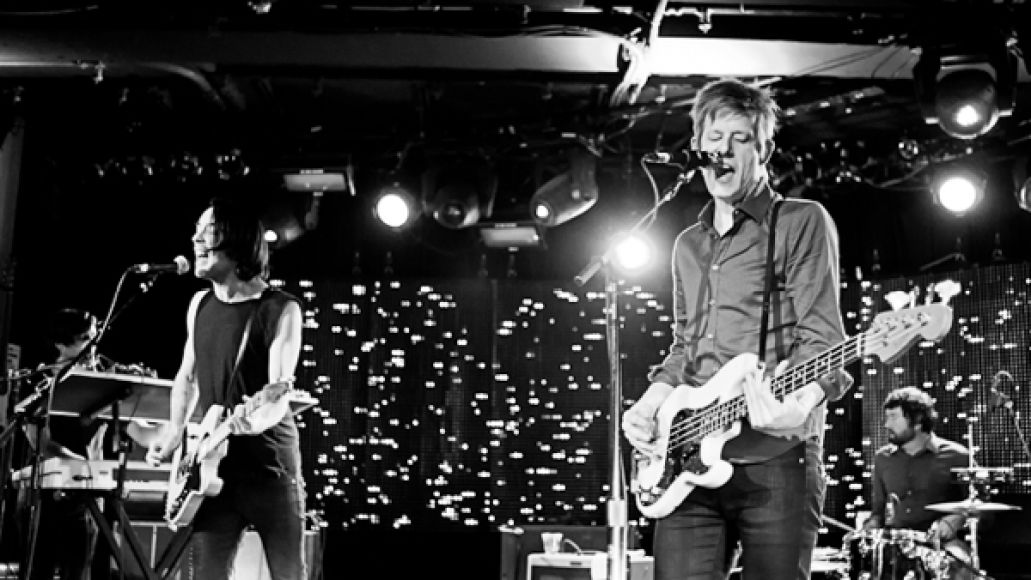 Last night, Divine Fits, the super group featuring Spoon’s Britt Daniel, Wolf Parade’s Dan Boeckner and New Bomb Turk’s Sam Brown, premiered a new song during a SXSW set at The Mohawk. The band — whose excellent debut album, A Thing Called Divine Fits, included one of our favorite songs of 2012 — picked a rather appropriate place to unveil their new material, seeing as how Austin is where the band played their first show together last year.

Watch footage of the new track below (via You Ain’t No Picasso).