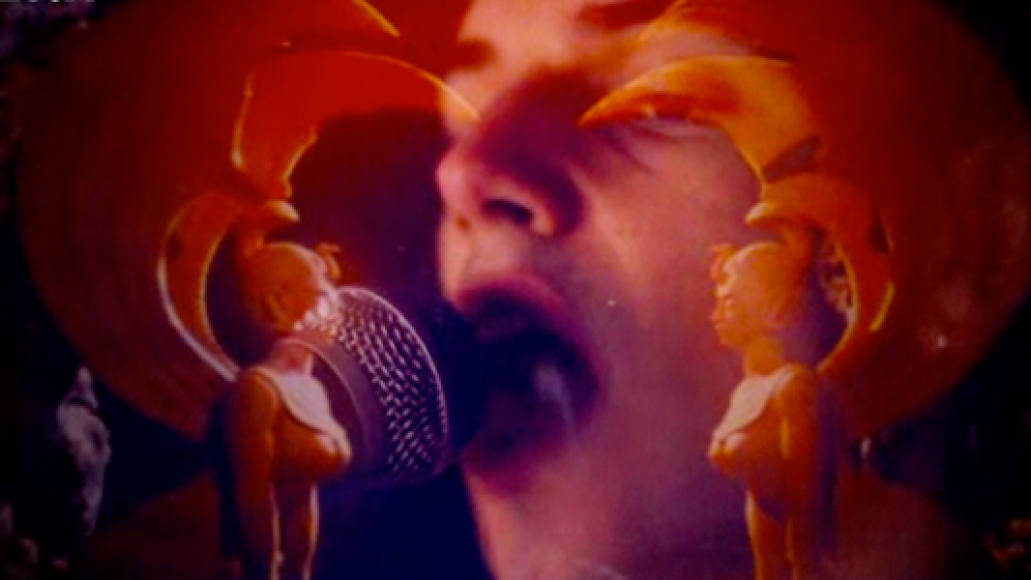 Birmingham, UK’s Dumb are just babies, in many ways. First, there’s their name, which is so terribly childish and genius it’s a wonder it hasn’t been picked up before. There’s also the fact that no fresh-faced member of the quintet is even 20 years of age. But in the most literal way, the band has only been around for two months. Their first live show was only a few weeks ago (March 8th, to be precise), and now they’ve already delivered their inaugural music video for their debut single, “Dive”.

Despite their cumulative youth, their sound’s brash mix of the swirling guitars and garage-ready rhythms displays a maturity that belies their lack of life experience. The video for “Dive” is similarly full of references that would seem beyond the knowledge of a bunch of B-Town teens. It’s like a game of “spot the nostalgia”, with images of the band overlaying shots of Top Cat, Gonzo, old McDonald’s commercials, and even The Neverending Story. See what else is there, and introduce yourself to this rising act, by clicking play below.

“Dive” will be released March 31st on One Beat Records.