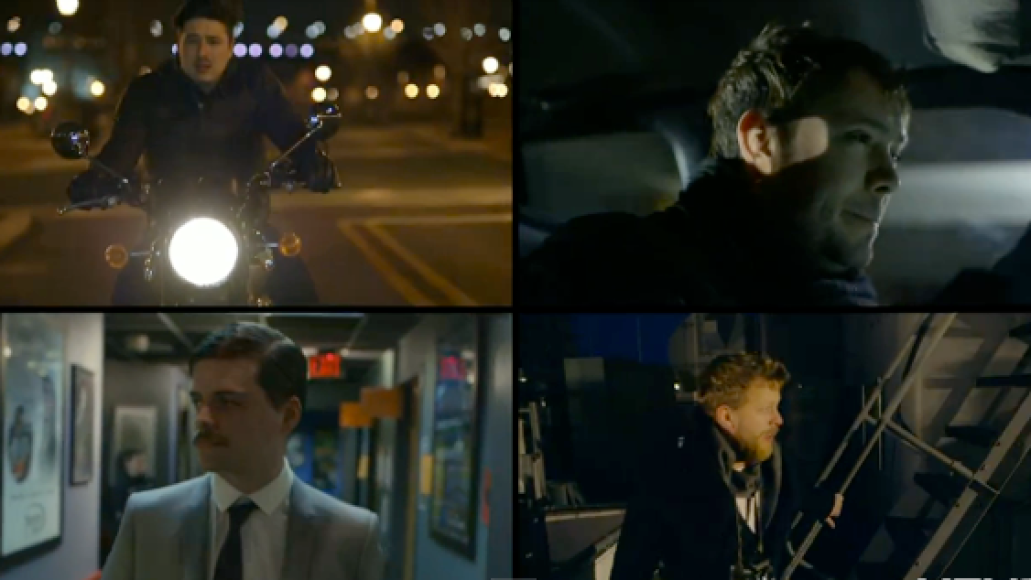 How does one of the biggest bands in the world get ready for a gig? In the new video for “Whispers in the Dark”, Mumford and Sons demonstrate their pre-show ritual. While Marcus Mumford gets a motorcycle gang escort, Ted Dwane has his fake beard affixed and readies that hard-times 19th-century fashion look. Bassist Winston Marshall enjoys a bit of navy sightseeing, and keyboardist Ben Lovett reveals a possible aversion to hotel beds. Watch their four stories unfold simultaneously in the video below.

Update: If you look closely in the bottom left panel, you’ll see the members of Haim make a brief cameo.

Mumford and Sons’ Grammy Award-winning Babel is out now via Glassnote.

Watch Mumford and Sons' video for "Whispers in the Dark"