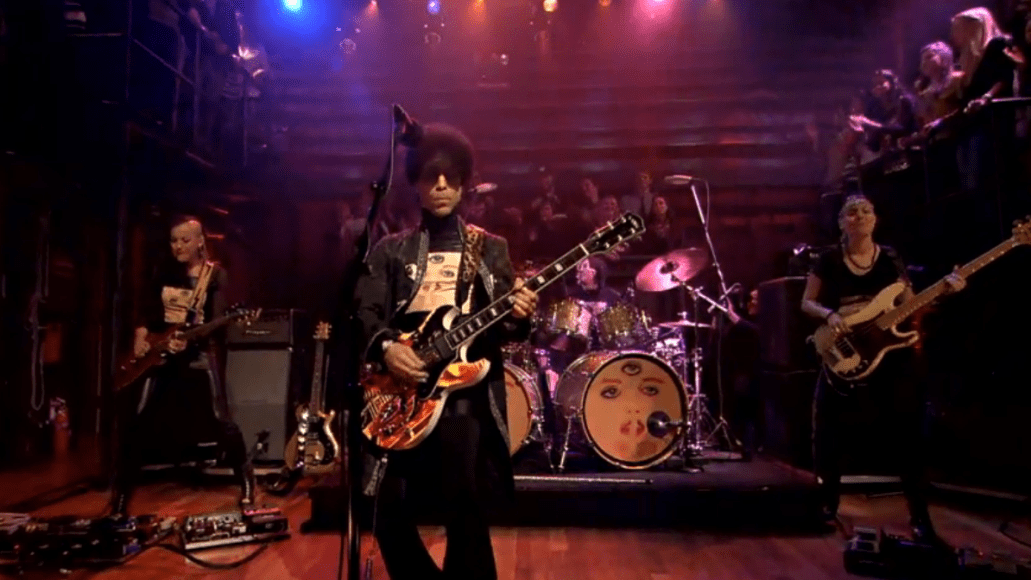 As promised, Prince spent Friday night in New York City, making a rare television appearance on Late Night with Jimmy Fallon. And what an appearance it was: Prince and his 3rd Eye Girl backing band tore through his new single “Screwdriver” followed by past classic “Bambi”. Watch the replay below — yes, Fallon is apparently the only guy ever allowed to upload Prince videos to the web.

And to answer three questions you’ll surely have at the conclusion of these videos: 1.) Yes, you heard Fallon right. Prince will go on tour beginning in April,  2.) Prince’s incredible guitarist is named Donna Grantis, and 3.) Prince didn’t actually destroy his guitar at the end of “Bambi”. Rather, he borrowed The Instrument Formerly Known As Captain Kirk Douglas’ guitar. To quote Black Thought, “#rockgodstatus.”