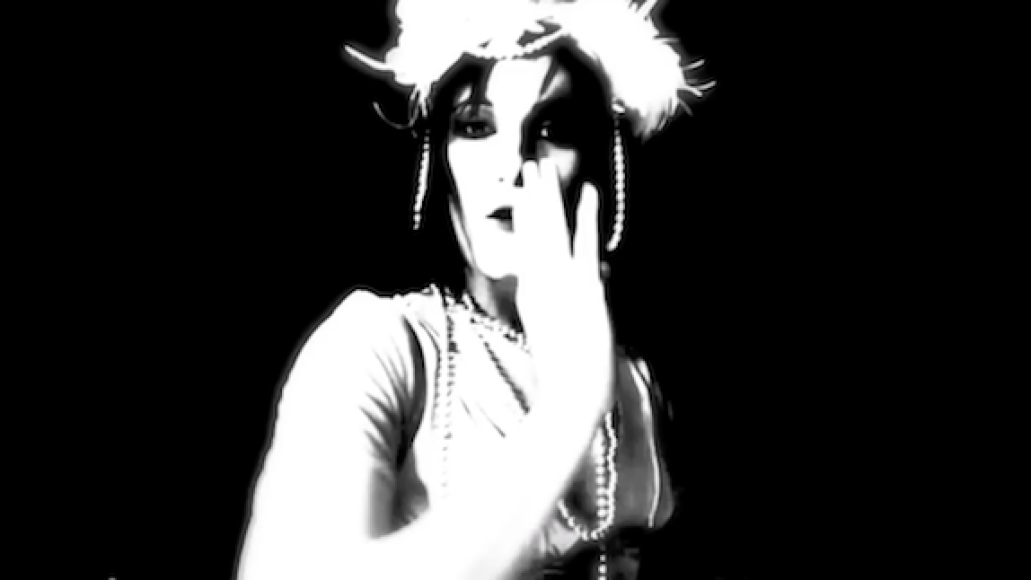 Ten Kens is a mysterious Toronto-based art-rock operation that prefers to record in year-long stints behind dimly-lit padlocked doors. It’s that hermetic lifestyle and sense of total isolation that the band tinker aim to explore in the video for “When A Door Opens”, off last year’s Namesake.

Frontman/director Dan Workman pairs the droning cut with footage of a creamy white spirit (played by performance artist Kate Mior) waltzing in front a black backdrop. The cyclone of inherent loneliness and emotional torture engulfing the flailing apparition boil over and explode when guitarist Brett Paulin unleashes a series of fighter jet axe riffs drenched in squealing effects. Good luck ever prying any of this out of your cerebellum.

In May, the band will release an expanded edition of the Namesake with four previously-unreleased tracks.

Watch Ten Kens' haunting video for "When A Door Opens"