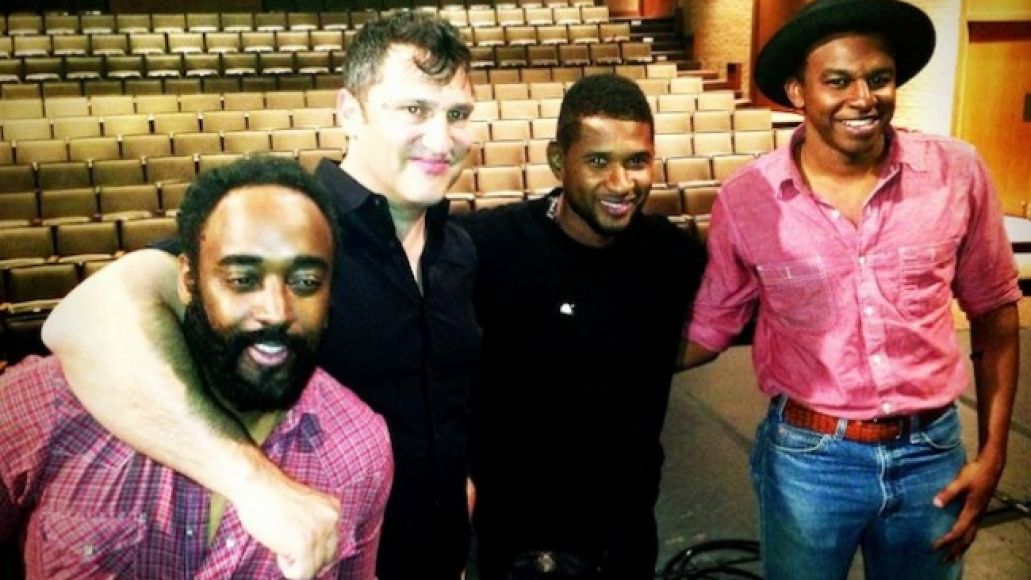 Here’s an entry in the Strange Bedfellows canon, SXSW edition: During their headlining set at the Fader Fort last night, The Afghan Whigs were joined on stage by none other than Usher. With the Whigs segueing into a random cover of “Climax”, Usher strolls in at the 16-minute mark to replace Dulli’s screeching vocals with something more satiny before jumping into sweltering versions of “OMG” and the Whigs’ “Somethin’ Hot” (not to mention a touching shot-out to Lil Wayne). As Mr. Raymond himself put it, it’s all about “having a good time, finding a groove, and maybe getting introduced to something new.” Watch the entire performance below (via UPROXX).

Watch Usher perform with The Afghan Whigs at SXSW