Plenty of songs capture a decade’s worth of feelings, but Jackson Browne swept up all the dust of the ’70s with his 1978 single, “Running on Empty”. Over hearty piano and jogging percussion, the American singer-songwriter works off emblematic poetry, as he sings: “In ’69 I was twenty-one and I called the road my own / I don’t know when that road turned onto the road I’m on.” This urge to keep moving and looking forward, despite the roadblocks or consequences, was a prevalent theme of the decade. Neil Young, whose landmark 1972 record Harvest might be the greatest audiobook for the American traveler, spoke on comparable themes when discussing his iconic single “Heart of Gold”, saying: “This song put me in the middle of the road. Traveling there soon became a bore so I headed for the ditch. A rougher ride but I saw more interesting people there.”

That’s a place Kurt Vile works from on his latest album, Wakin on a Pretty Daze. Written on the road and recorded across America in upstate New York, Los Angeles, and Philadelphia, the follow-up to 2011’s Smoke Ring for My Halo turns the Philadelphia songwriter into a seasoned explorer, conjuring up the rugged frontier magic that Young, Browne, Fleetwood, and Petty sharpened in the ’70s. This album’s alive and far removed from the claustrophobic confines of his last outing, whose dreary black and white cover offered a succinct portrait of that album’s introverted personality. Similarly, Wakin‘s cover correlates its implicit themes, capturing Vile on a perfect day, standing outside a building tagged with his name, the album’s title, and splotches of album-related street art. It’s a bold statement for an artist that spends most of his time behind a wall of hair, but it’s the right one to make for this indomitable album.

Wakin starts just as it ends, with a breezy, reflective, shoeless stroll. Vile makes no effort to find any shortcut in these overgrown pastures; instead, he revels in the gluttony of time, and so do we. “Wakin on a Pretty Day” sneaks by with its extravagant nine-minute runtime because of how human it feels — it’s like the thing breathes heavier the longer it progresses. Zero-in around four minutes and 30 seconds, the exact time Vile flirts around by adding a little skip to his step, eliciting scoffs from his nearby metronome. That closing solo somehow never sounds the same, either, no matter how many times you listen to it. These quirky facets bend and stretch all throughout — down to the vocals (“Never Run Away”), the lead (“Shame Chamber”), and the organ (“Girl Called Alex”) — warranting multiple listens that never exhaust.

Though, much of that’s due to the album’s arsenal of guest contributors, to be specific: Beachwood Sparks’ Farmer Dave Scher, Warpaint drummer Stella Mozgawa, Royal Trux’s Jennifer Herrema, Woods frontman Jeremy Earl, former Violator Michael Johnson, and harpist Mary Lattimore. To their credit, Scher’s designs behind the Wurlitzer and the lap steel guitar embalm a majority of this album, while Mozgawa’s gritty percussion explains the flesh.

This expansive unit is why Vile’s bested by his music on Wakin. Its ambrosial melodies and austere instrumentation edify his canon of work, which has long been rewarding for its risky sensibilities and perseverance. Yet that’s what makes Wakin so curious; it’s Vile’s most derivative record to date. The Friday night darling “KV Crimes” smells like something that’s been scooped up off of Redwood City’s Broken Arrow Ranch or Los Angeles’ Sound City — a warm blooded rock ‘n’ roll star gazer that wouldn’t sound alien to Eric Forman. “Shame Chamber” shares the communal feel-good vibes that War and Petty employed to keep radios warm, while “Too Hard” gets just as wistful as James Taylor or Lindsey Buckingham following an all-night bender.

Midway through, however, Vile axes into his core thesis on the weathered “Pure Pain”: “Every time that I look out my window / all my emotions they are speeding / zip through winding highways in my head / Pick up momentum then I’m coastin / Only to turn around abruptly come back, for my love.” His music might take you places, but for Vile, he never moves. He wraps himself up inside his mind, unlocking door after door in this strange lyrical journey that borrows more from Lewis Carroll than any torn LP a la Donovan or Young. He speaks about his restless nights “searchin the deep, dark depths of my soul tones” on “Goldtone”, “strange, strange days inside my mind” on “Air Bud” (no relation), and, well, “Shame Chamber” is pretty self-explanatory.

What’s he searching for? That’s a hallmark of Wakin on a Pretty Daze: he’s everywhere. Whether it’s withered love, a hunger over lost friendships, poking fun at life, or just getting plain stoned, Vile’s anxious thoughts avoid any navel-gazing through idiosyncratic storytelling, where emotions and situations are often muddled by enough ambiguity that one finds immediate connection — another loose characteristic of the ’70s’ best stuff. And while Vile’s slumming it in his own mental ditch, he’s always surrounded by interesting people: us. So, hang onto your ego, man, and ride, ride, ride. 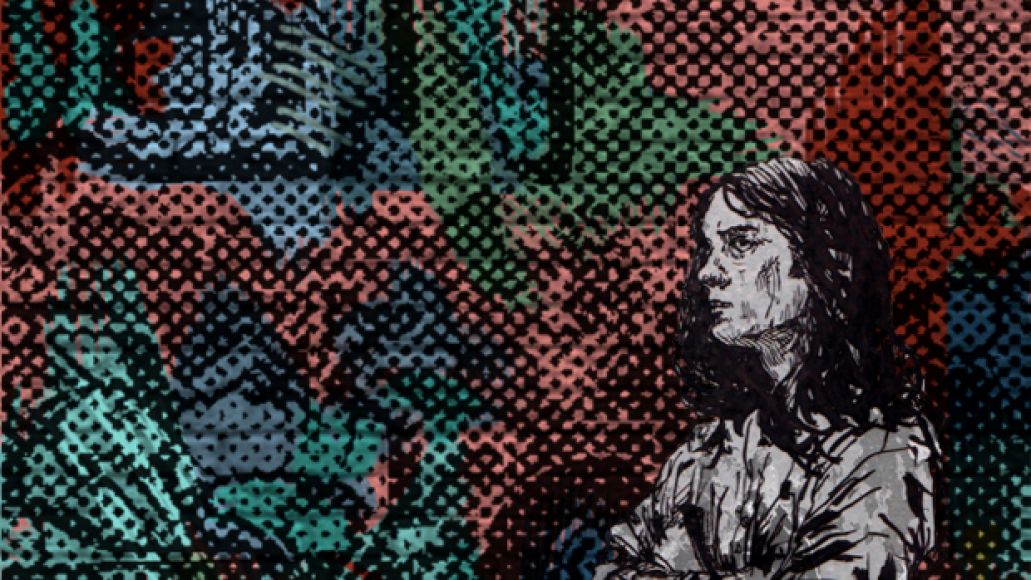