Editor’s Note: This classic album review first ran in April 2013 as Mad Season released the deluxe edition of their 1995 album, Above. This project, put together by the band’s surviving members, reminds us that time truly does heal — or at least soothe — wounds and that music and good memories live on long after the tears. It’s a message that remains all the more important as subsequent years saw the loss of other artists like Scott Weiland, Chris Cornell, and Chester Bennington.

“All these dying days/ I walk the ghost town/ Used to be my city.”

When then Screaming Trees frontman Mark Lanegan penned these words for his band’s 1996 swansong, Dust, Seattle must have felt more like a burial ground than the birthplace of the decade’s most meteoric musical explosion. A string of deaths, including those of Mother Love Bone’s Andrew Wood (to whom the Temple of the Dog project paid tribute) and Kurt Cobain (whose violent demise shook my generation like Lennon’s did previous ones), had cast long shadows and a perceptible pall over the sound synonymous with the city. By the time Mad Season singer Layne Staley tragically succumbed to the same chemical demons he had lyrically battled with gritty realism a decade earlier on Alice in Chains’ Dirt, it seemed advisable, if not altogether emotionally necessary, for many listeners to set Seattle aside for the time being.

Today, more than a decade after Staley’s passing, much of the gloom surrounding the “dying days” of grunge has lifted. Seattle stalwarts Soundgarden and Alice in Chains have reunited and reformed, respectively, to record and tour again, and scene mainstays like Lanegan have overcome their own substance abuse problems — conquests that have prevented the shedding of more tears and made the present a time fit for remembrance and celebration. On the three-disc deluxe edition of Above, surviving Mad Season members Barrett Martin (Screaming Trees) and Mike McCready (Pearl Jam) — bassist John Baker Saunders, like Staley, was also lost to drug abuse years ago — team with Lanegan to commemorate and revive one of the more unique projects from the waning days of the grunge era.

Listening to the remastered Above, more than anything, pays reminder to just how distinctive a sound emerged from this pooling of eclectic musical personalities: the much older Saunders’ bluesman bass lines, Martin’s tribal-flavored percussion, Staley’s tortured vocals and phrasings, and guitarist McCready’s arena-rock bluster. It all somehow coalesced into this darkly beautiful grunge blues that holds sway whether riffing tight and heavy (“I Don’t Know Anything”) or wafting through a smoke-filled room (“Artificial Red”). Skeletal opener “Wake Up” still haunts, with Staley’s delivery — somehow simultaneously crystalline and slurred — agitated from a dead calm to violent eruptions of desperation: “For little peace from God you plead!” The record’s centerpiece remains the sublime “River of Deceit”, Staley’s Gibran-inspired reflection on his own role in his addictions (“My pain is self-chosen”) and the choice to either submit or overcome. “A head full of lies is the weight, tied to my waist,” muses Staley at his lyrical best, a line that now suggests, sadly, that the song’s glimmer of hope may have been mere self-deception.

The most intriguing inclusions of this deluxe edition are the three previously unreleased tracks that Martin, McCready, and producer Brett Eliason culled from the unfinished material once destined for a second Mad Season album. Staley’s failing health had prevented him from ever penning lyrics let alone laying down vocals for these recordings. Enter Lanegan to flesh out these instrumentals with his bluesy baritone and trusted lexicon of salvation, drink, and vice, and the results will make you wish that Martin and McCready might unearth more songs for him to complete. The chugging, hellhounds-on-my-trail “Locomotive” pits Lanegan growling menacingly against Martin’s pounding, while leaving room for McCready’s most unleashed soloing since “November Hotel”. “Black Book of Fear” (co-written with Peter Buck) and “Slip Away” allow Lanegan to adopt a calmer, reflective croon over warm arrangements that hint that Mad Season was poised to move away from Above’s sludgier blues numbers.

The second disc of this deluxe edition contains an unedited audio version of the band’s final show at Seattle’s Moore Theatre, while the third disc (a DVD) includes the Live at the Moore concert film (with bonus coverage) and rawer footage from other live shows. These extras are pure nostalgia, and everyone will find their own favorite moments, whether it be McCready playing guitar behind his head with a Mudhoney shirt on; a frenzied Martin slapping his drum kit with his bare hands; or a visibly frail Staley, bathed in soft light, serenely echoing, “I’m alone,” while Saunders tiptoes in the shadows behind him.

“We remember only the best in our departed friends,” writes Martin in his extensive liner notes, “And what we remember most poignantly is the music we all shared together.” And that’s the difference the passing of time has made for Seattle and grunge. A stroll through the city or a flip through a binder of CDs no longer conjures ghosts but rather long-gone days of music worth remembering.

Pick up a copy of Above here… 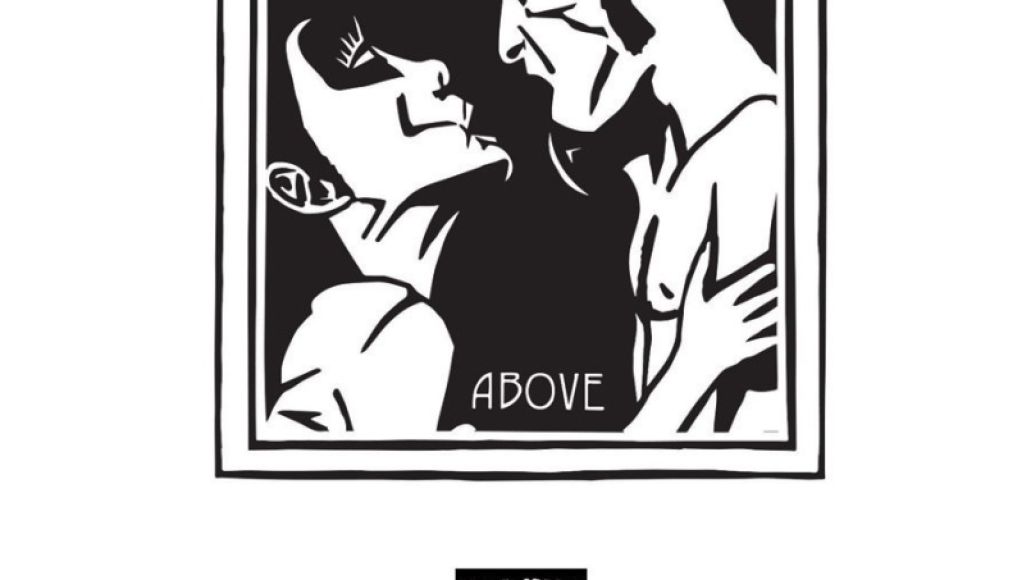