There’s a quote often attributed to Picasso about the autonomy of a painting: “A painter only has one language,” which your art school friend drops a whole lot to shield criticism from his new conceptual exhibit. Leave it to Wayne Coyne to call bullshit on a widely accepted pearl of wisdom from the most prolific painter of the 20th century. Coyne tactfully obliterated this notion last week when he live-tweeted The Terror with compact interpretations of his own lyrics and behind-the-scenes nuggets. Here’s one typical, confounding example in tweet no. 15, on The Terror’s third track “Try to Explain”: “It’s about the desperate despairing emptiness that happens in the mind when they aren’t able to find an answer.”

Whether Coyne was tweeting from notes or free-styling it, it’s an insane move. Attempting to clarify the line, “Is love a god that we control to try to trust the pain,” with a straight face? Excuse me? Was their account hijacked by the ghost of Sun Ra? Surely, only an artist as delusionally confident as Coyne would eagerly offer up a simplified-English translation of a lyric like that. But could anyone else in the world pull it off without facing an endless stream of mockery-drenched replies and annotated re-tweets in return? Considering the choral comfort of the bloodthirsty Twitterverse, it’s a death trap. For anyone else.

It’s this very delusion that’s paved the way for the Flaming Lips to occupy the totally fascinating position they currently hold within modern rock. When they released the broadly political, actually-pretty-fun “The Yeah Yeah Yeah Song” in 2006, it sure looked as if they’d begun their descent into an inevitable creative recession in the form of cute ‘n’ quirky pop hooks. Wham, bam, another middle-aged and sobered-up rock band bites the uninspired dust after an impactful 20-year-10-album run.

But no: Shortly after that came Coyne’s self-written, self-directed, self-starring, self-set-designed existential film “Christmas on Mars”, and shortly after that the brilliantly alien double LP Embryonic. Throw in the relentless touring with an absurdly expensive live set-up and an escalating warmth to mainstream culture, and suddenly there we were: witnessing these supposed humans that weren’t just resisting the gravitational pull of late-career complacency, but actually picking up speed as they aged further – and doing it with an undying, Guided by Voices-like Midwest homeliness all the while.

How? Call it the R.A. Dickey method: A person only has so many years before their fastball loses zip (Coyne knew plenty well there would never be any topping The Soft Bulletin as far as sheer songwriting goes), so if they still really expect to peak after 40, they’d better learn that knuckle. It didn’t happen through a miraculous resurrection of powerful song ideas, or through sonic innovation a la Radiohead, but in learning how to get their diverse and massive audience to croak a baffled what the fuck simultaneously, and then mastering that, and then doing it even better time and again. They already had the musicality down; it was time to re-imagine the delivery.

What could their audience possibly expect of The Terror? Or more precisely, what could the Flaming Lips possibly throw at them that they’d consider unexpected at this point? Here’s multi-instrumentalist Steven Drozd explaining The Terror’s premise in a February interview with Pitchfork: “The terror is that internal feeling you get that you and everyone you love is going to die.” Again: you and everyone you love is going to die. It’s safe to say that Lips Nation has grown accustomed to surprises from the band, but literally extracting the bomb-drop lyric from their 2002 hallmark song – the show-closer-emeritus, the epiphany-deliverer, the official rock song of Oklahoma from 2009 until last week – and building an entire album around it? And with an overarching feel that wholly contradicts “Do You Realize??”? We didn’t even expect that level of overt self-reference out of Bowie.

The Terror is not an album you’ll ever habitually fall back on, no matter how much you end up liking it. There is no track here with even a remote shot at reaching the top of your 2013 Play Count column. But it’s an album that provides tangibility to an incredibly complex feeling.

Musically speaking, The Terror continues along an aesthetic trajectory the band launched with Embryonic, with a much more traceable thread at the center this time. Where Embryonic seemed to jump about wildly between the psyches of animal and robot, The Terror consistently feels human and paranoid. Synthesizers comprise the spine, almost always in service of tone, not harmony. Drumbeats enter abruptly, stick around for five or six minutes without budging an inch, then slip out unannounced. There’s a recurring eighth-note rhythm that anchors opener “Look…The Sun Is Rising”, “Butterfly (How Long it Takes to Die)”, and closer “Always There…In Our Hearts” with a static BPM that somewhat resembles a pulse overcharged by anxious adrenaline. When the band does settle down into more ambient territories on “Try to Explain” and “The Terror”, it’s only fleeting relief.

Credit Drozd for the album’s spastic arrangements – often as good and nuanced as any from his career – but it’s Coyne’s singing that elevates The Terror into something eerily relatable. On the album’s longest and most intriguing track, “You Lust”, he practically dares us to surrender inhibitions and meet him on his level: “You’ve got a lot of nerve / A lot of nerve to fuck with me / Better kill your emperor / ‘Cause you know you’re just like me.” The song creeps on for 13 minutes, almost completely stagnant, while a loop of Drozd whisper-growling “lust to succeed” comes in and out, aimed point-blank at the ego.

One of the reasons it’s so rare to see a band tap into anything new and interesting through music after so many years together is because the stakes are never as high once you’ve achieved success, and that’s nearly impossible to control. It’s nature. Once a band settles in, emotions are restrained, urges curbed. The energy poured into The Terror, however, reveals a band that doesn’t mind sacrificing all they’ve earned for a fresh thought.

During the album’s gestation, Coyne separated from his girlfriend of 25 years, and Drozd – a recovering heroin addict whose habit has been well-documented – endured a relapse. Drozd stands by The Terror as their least flawed formal effort to date, while Coyne goes one further, calling it “possibly the best Flaming Lips record” even though he’s unable to listen to it due to painful memories he’s already associated with it. This from a band with an essential called “Enthusiasm for Life Defeats Existential Fear”.

The Flaming Lips might have shut the door on making music that inviting, so now they’re running headfirst into the confounding. Few bands would ever choose to hinge their legacy on that, especially with multiple classics already under the belt. You’d have to be delusional.

Essential tracks: “Look…the Sun Is Rising”, “You Lust”, and “The Terror” 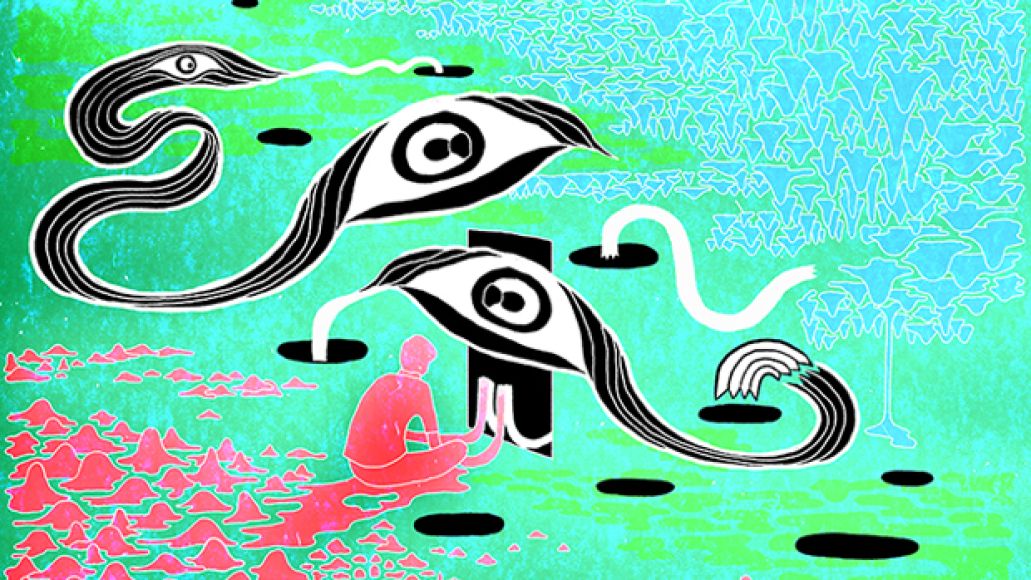