Don’t call it their Kid A. It owes nothing to Radiohead. If Radiohead hadn’t first perfected their stadium-ready brit-rock, Kid A might have evaporated as just another whisper in a blossoming genre. But its success taught us one thing: in order to be revolutionary, you’ve first got to be acquiescent.

OK Computer, Kid A, and especially Hail to the Thief identified evil in the world, but promptly stepped back and said,”This has nothing to do with me.” It’s one thing to notice the poisonous parts of our culture, it’s another to react to them, and it’s a third thing altogether to fight them. Admitting that you’re part of the problem is a good start. You hate the culture of surveillance in the United States, but you don’t opt-out of the full-body scans at the airport.

As talented as Radiohead are, they’re hardly going to undermine a system that benefits them. “Pay what you will” is an egalitarian idea if you can swing it, but it won’t save the industry. Musicians know by now that they can’t survive by selling products (formerly known as “records”), so brands hijack them to sell theirs. Artists as rare and fascinating as Santigold are now performing in the name of vitaminwater. Even BjÃ¶rk, who once made Homogenic, is telling us that we need to purchase an iPad from Apple to fully experience her latest album. Meanwhile, she’s spouting lines like, ”I’ve got a house in England, I’ve got a house in New York, I’ve got a house in Iceland, I don’t need anything more, you know? I’m fine.”

Shaking the Habitual, the first proper full-length from The Knife since 2006’s Silent Shout, is a political album in both content and form. It identifies the problems that plague the culture in which it’s embedded, and then it actively works to subvert them. Unlike music that hitches political lyrics to three-chord punk, the double album, jacketed in garish pink and teal, attempts to dismantle the scaffolding on which it’s built.

Many self-proclaimed political albums earn criticism for their blatant hypocrisy. Green Day’s American Idiot and Muse’s The 2nd Law might whimper at the trappings of capitalism, but it’s hard to take them seriously when their singles see endless replay on commercial radio. Tapping into a vague dissatisfaction with consumerism in order to extract cash from the working class is an old, old trick. Muse’s international touring seems at odds with concerns of global warming, and thousands of heart-grenade t-shirts suggest Green Day’s real gripe is not with the dollar.

Now The Knife, whose music was once used to sell LCD televisions, have made an album that is impossible to co-opt. Amid a perpetually nostalgic generation, Shaking the Habitual arrives as a harbinger of its own time. It is the bravest and most challenging album of the year — quite possibly the decade.

Across three Knife albums with her brother Olof and her solo effort as Fever Ray, Karin Dreijer Andersson has endlessly proved her mastery of the hook. “Heartbeats” aches with a perfect sweetness, while “Marble House” and “We Share Our Mother’s Health” course with icy adrenaline. Even the sparser Fever Ray swells to candied heights on “When I Grow Up” and “I’m Not Done”. These songs wear cold shells, but ultimately provide the melodic satisfaction we expect when we sit down with an excellent pop record.

Shaking the Habitual isn’t so gentle. At more than an hour-and-a-half long, its average track length sprawls past seven minutes. Some tracks, like the detuned “A Cherry On Top”, don’t assume a hard form until well after their halfway mark. Some tracks never get there at all. Following its most accessible song, the yawning, gorgeous “Wrap Your Arms Around Me”, the album’s first disc concludes with a 20-minute instrumental interlude.

By forcing us to sit with 20 minutes of alien hum infesting our consciousness, The Knife untrain us as listeners halfway through the record. We’re hungry for a crackling pop chorus; instead, we get what could pass for a Coil EP. “Old Dreams Waiting To Be Realized” swells and groans with the sounds of indiscernible organisms skittering just out of reach. It isolates us completely, steals our points of reference, and washes away our expectations, leaving us clean and primed for a jarring second act.

We get our chorus on “Raging Lung”, but it’s crisscrossed by so many disorienting elements that we hardly know it. Karin’s unfiltered voice laps against an onslaught of strings, horns, and timpani, quickly dissolving our satisfaction at having arrived back at a recognizable place. “Networking” and “Fracking Fluid Injection” both use their titles as starting points to situate their brutal minimalism, the former illuminating the neurosis of competitive social interaction, the latter wailing as the lone voice of a slowly dying planet.

While Silent Shout used dance music as a framework to explore the dynamics of gendered violence, Shaking the Habitual expands its scope to address the global forces behind all types of violence. A comic displayed beneath the album stream on The Knife’s website entertains the notion of a conference on ending extreme wealth. Citing familiar statistics on class disparity and climate change, it wryly suggests that all the wealthy and powerful need is a little education on how not to destroy the world.

The Knife want us aware of our complicity: We are taught to follow our desires — often masked in pretty words like “dream” or “heart” — no matter the cost to others. We are told that being true to ourselves can mean disregarding everyone else’s needs. We learn that kindness and sustainability are consumer choices. We want justice, and we want wealth. We aren’t taught that the earth doesn’t provide for both.

Shaking the Habitual doesn’t just point the finger at these cultural afflictions. It confronts them. The Knife dissect and display the network of contradictory desires that govern our daily lives. They ask: Why do we want what we want? And more importantly, how?

The album, rather than play to easy desires, trains us to sit down and listen again. It makes us wait for our rewards, luring us into extended trances only to snap us back out of them with honey-tipped uppercuts. In the world of Shaking the Habitual, the only goal is to channel all desire toward progress. ”You have the most beautiful way / Of putting one foot in front of the other,” duet Karin and Light Asylum’s Shannon Funchess on “Stay Out Here”, a squall of industrial noise. The video for “A Tooth for an Eye” depicts men placing their trust in a young girl as she guides them through a dance routine — a reversal of the usual roles of leadership and insecurity displayed by mass media. As with the dismantling of any kind of power, already there’s backlash. At the time of writing, the top comment on that video reads, “Reading the description of the video made me want to stab myself in the chest with a knife.”

But it’s not until the throbbing closer “Ready To Lose” that The Knife impart how we’ll get where we’re going. Here, all fingers point inward: to desire, to fear, to power, to privilege. In a recent interview with Pitchfork, Olof emphasized the importance of baring one’s inborn advantages. “Being brought up in a white wealthy family in a Western country, we were privileged. And we have a privileged position as people being able to make music and study and get asked for our thoughts on the general political situation. This brings responsibility.” Shaking the Habitual‘s final track renders shedding that status as the only victory: “We’re ready / Ready to lose our privilege.”

The “dysfunctional cultures” that The Knife identify can only be salvaged by relinquishing the privilege that enables them. The answer is not simply to fight the powers that be, but to relinquish what power you have. With a massive album that makes us question the way we hunger for melody, structure, and release, The Knife grapple with problems of privilege and consumption within contemporary music. It is not an easy task; nor is listening to Shaking the Habitual in its entirety. But learning how to untangle one of the richest experimental albums of recent memory becomes a challenge well worth the undertaking.

Essential Tracks: “Full of Fire”, “Wrap Your Arms Around Me”, and “Ready To Lose” 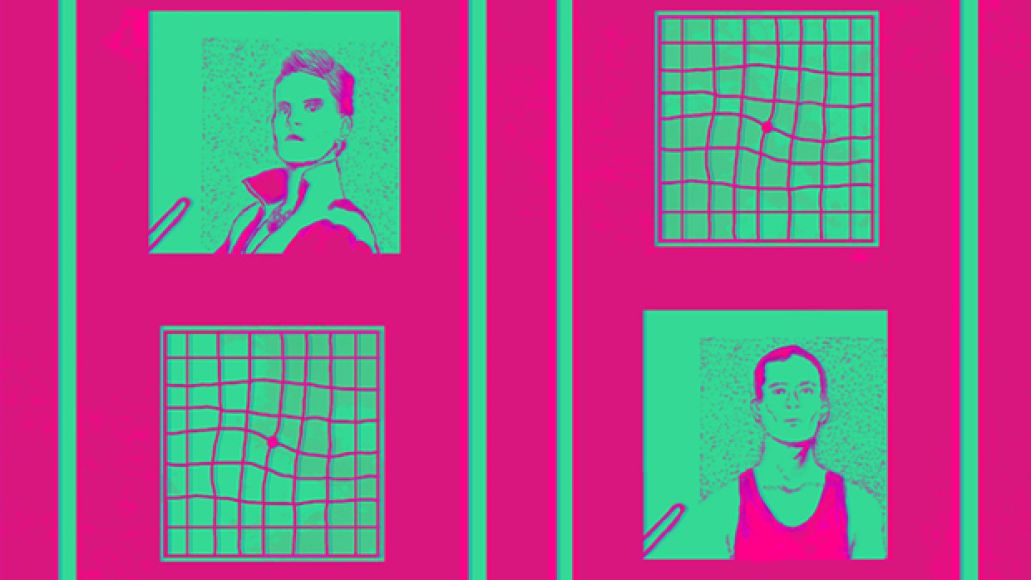