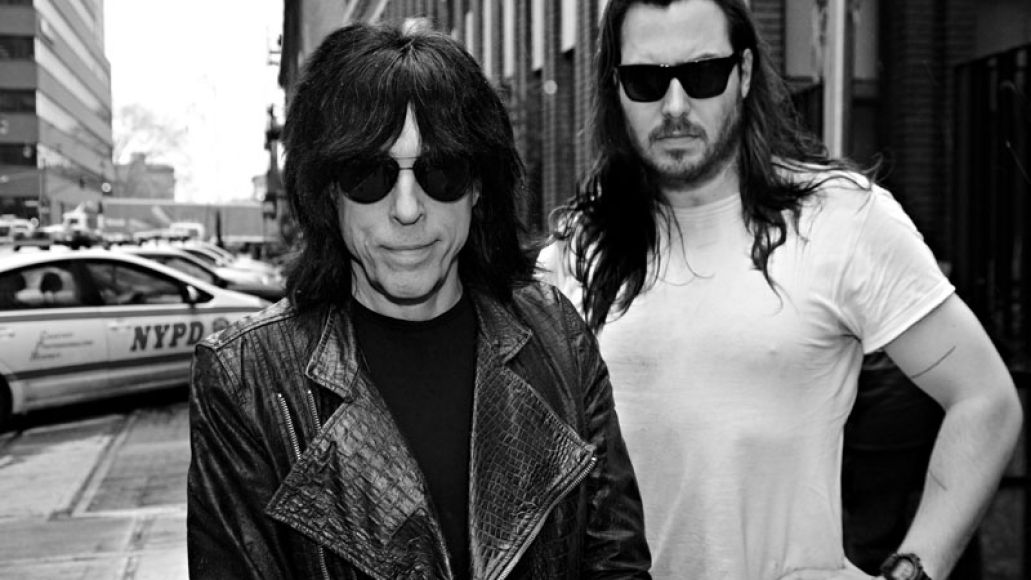 Surviving Ramones drummer Marky Ramone and Andrew W.K. will perform over 30 hits from the seminal New York punk outfit’s catalogue across the world this summer. Ramone has recruited Andrew WK to serve as the new lead singer of the Marky Ramone’s Blitzkrieg, and they’ll begin their travels together this May in the Big Apple.

“I first met Andrew through a mutual friend and he told me about his party philosophy, which has also always been my exact take on life,” Ramone states in a press release. “We went into the rehearsal studio and it just clicked. We had so much fun that we wanted to invite everyone to the party. I’ve said before and I will say it again, these songs are too good not to be played live!”

W.K. adds, “When Marky Ramone asks you to be his singer, you don’t even think about it. It’s an automatic, YES. I was intimidated by the magnitude of the opportunity – freaked out and overwhelmed – but I was also completely determined and focused – it’s something I had to do.”

For a slight preview of what to expect, we’ve provided a bizarre cover of “Blitzkrieg Bop” featuring W.K., The Casualties, and an Oompa Loompa. Yep.

Andrew W.K. and Marky Ramone will play Ramones songs around the world