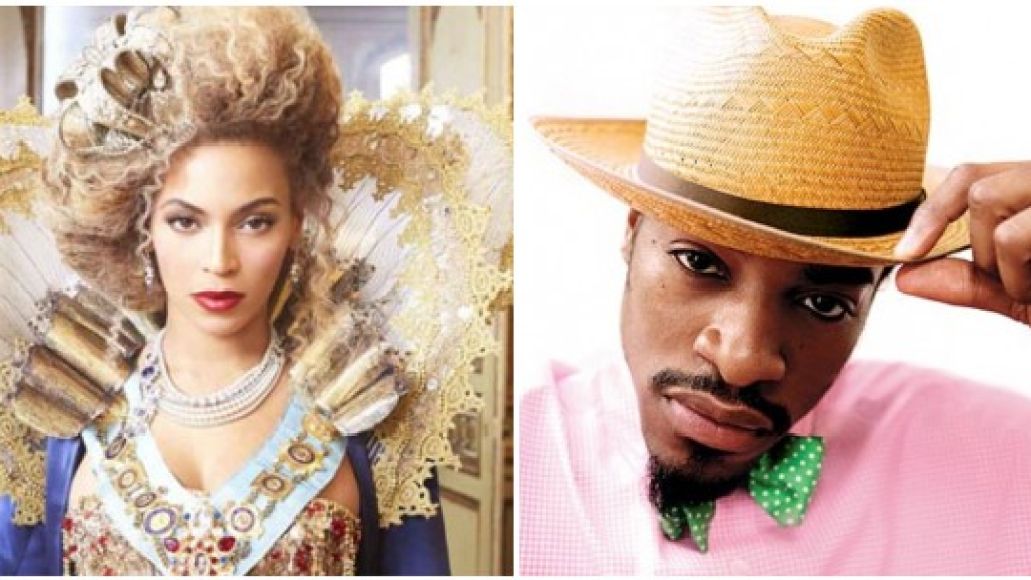 Both Mr. and Mrs. Carter will have a hand in the soundtrack for the forthcoming adaption of The Great Gatsby. Jay-Z is already on board as the project’s executive producer and is contributing original music, and now E! Online reports that Beyoncé has teamed with André 3000 (!) for a cover version of Amy Winehouse’s “Back to Black”, which will appear on the soundtrack.

According to an Interscope Records rep who spoke to E!, the cover “is a very different take on ‘Back to Black'”.

Beyoncé previously tagged André for her 2011 song “Party”, which you can revisit below.

The Great Gatsby is directed by Baz Luhrmann, stars Leonardo DiCaprio, Isla Fisher, and Tobey Maguire, and is set to hit theaters on May 10th. The soundtrack will be released by Interscope.