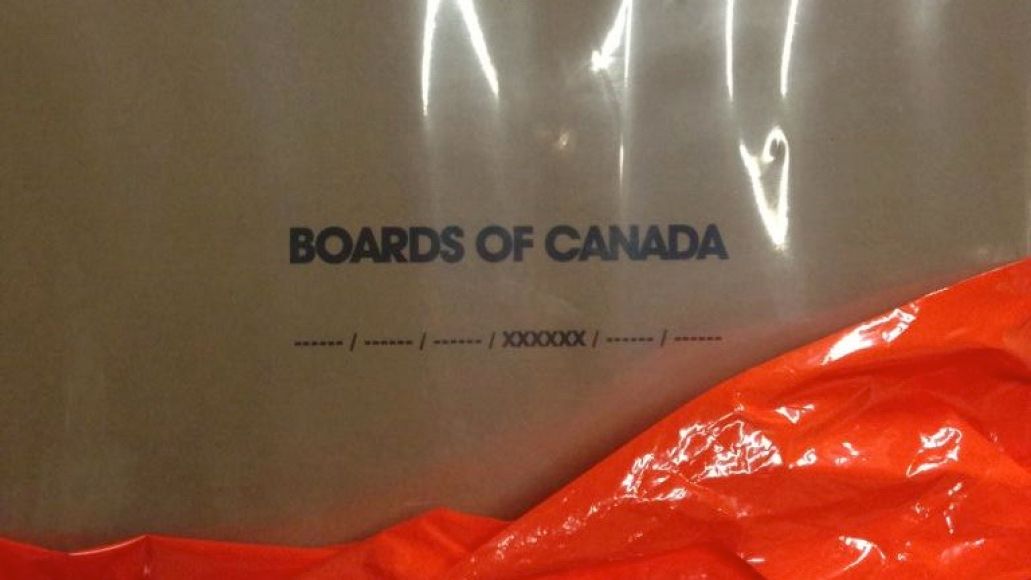 Could 2013 also be the year Boards of Canada make a comeback? As 2020k reports and we can confirm, yesterday for Record Store Day, New York City’s Other Music sold a new 12″ vinyl record from Boards of Canada. A representative for Other Music tells us that Warp Records delivered just one copy of the record to the store around 3:00pm. It was promptly sold and its owner has since taken to Reddit to post the photograph you see above, as well as a recording of the 20 seconds of audio contained on the record (listen below).

Here’s what the owner of the record wrote on Reddit:

Hey, so i recently posted something on facebook about a record I got today at Other Music, its a new BoC release from warp, dated 2013. The record is single sided, and has about a roughly 20 second clip of a very boards-of-canada-ey voice with synth backing saying a six digit number once, and then cuts out.

on the front of the record Boards of Canada is written and beneath that a series of -‘s, /’s, and X’s, are arranged as follows

Clearly I have one of six similar Boards of Canada records released today and distributed “randomly” around the world (Other Music said they received the record with no word / acknowledgement of its existence, it was just there in a shipment they received). I think that if all of the numbers are gathered and arranged in a proper order, we might be able to figure something out, so we just need the other 5 people who found the record (or maybe they haven’t been found yet) to reveal their numbers and where they fit in the sequence, and then of course, have to decipher what the numbers together mean.

I don’t work for warp, and am just a college kid who idolizes this group

I want to figure this out

Adding to all the hoopla is a YouTube video from “Julie and Candy” from Boards of Canada’s album Geogaddi, which currently appears in the band’s official YouTube playlist. The video’s original description was  “——/——/——/——/——/—–­-”, before it was changed today to read “1977 snow computing amateur footage beards synthesizer”.

Update – April 23rd, 9:00 AM: A second record has been found at London’s Rough Trade East record store. What’s more, as 2020k points out, a YouTube channel called Hell Interface — which Boards of Canada have used as an alias — has posted a three-second video, which links to a YouTube video containing a new set of numbers: 717228.

Boards of Canada released their last album The Campfire Headphase in 2005. Last year, a representative for Warp told Pitchfork that the band “are definitely working on new material, but there is nothing in the cards at the moment in terms of a scheduled release.” We’ve reached out to Warp for comment regarding this latest news and will let you know if and when we hear back. 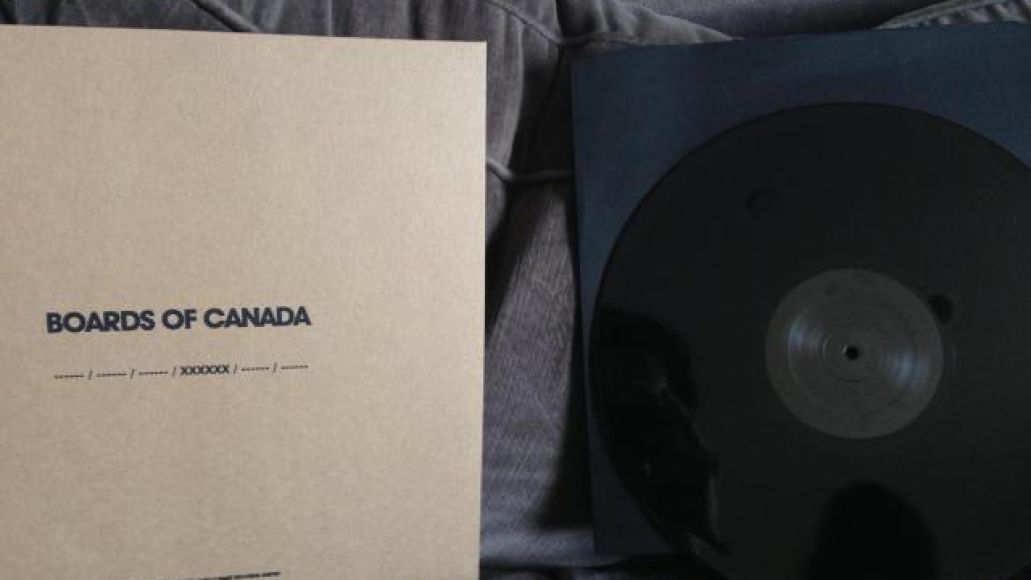