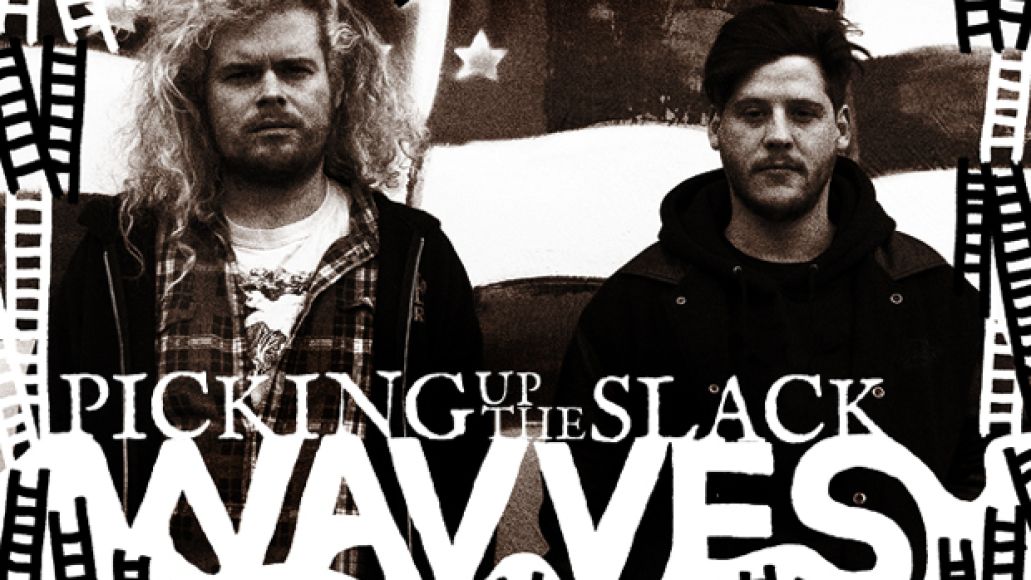 Nathan Williams has a cold. Or a sinus infection. Earlier this week it was the flu. But there’s no time to rest now. Wavves, the band he founded in his parents’ house in San Diego five years ago, is about to release a new album and head out on a six-week tour beginning at Austin’s South by Southwest (SXSW). “I’m dreading it,” he’ll say at breakfast, his sniffles punctuating our interview. He goes anyway.

I meet Williams and bassist Stephen Pope at Williams’ home, a white-walled two-bedroom residence with dark brown trim and a church-sized front window. The living room looks like an indie rock version of Cribs: a row of sneakers rests on one side, a TV and assorted video game systems on the other. Before we go any further, hang on to this information for a minute: The dude from Wavves owns a house.

It’s a bit bleak in Los Angeles today, the Thursday before SXSW. Grey clouds rest over the downtown skyline like sad whipped cream as I drive up the 110. According to my car dashboard, it’s 59 degrees: miserable. But Wavves comes from a long tradition of Southern California frustration: the punk rock of Black Flag, the retaliatory hip-hop of N.W.A. The sun can’t solve every problem. Not even most of them. Definitely not the flu.

Both men are battling the illness, not that they’ve made much effort to stop the contagion. After vetoing a Nyquil omelet, we decide to head out for breakfast. I’ve been in the house five minutes when Williams takes a bong rip for the road. Pope lights up next. “This is how we keep getting sick,” he says, sheepishly offering over the still-smoking glassware.

At Williams’ house, a skateboard, a keyboard, and an empty can of Bud Light litter his doorway. A blue sign in favor of same-sex marriage sits in his neighbor’s yard. From Williams’ porch, a cross-street descends into shrubby suburbia and ends in a green hillside. It might as well be Middle-Earth: it’s barely L.A. Williams lives in Eagle Rock, a sleepy outpost northeast of the trendy Echo Park that’s become the subject of the latter neighborhood’s rent-driven exodus. (Pope, a Memphis native, moved to Echo Park last year.) A friend of mine rents a room a mile or so away from Williams for $300 a month and his backyard is big enough to host a zoo animal.

We drive to a pharmacy in Pope’s grey El Dorado and pick up water bottles and cold medicine. It’s a beautiful car, its interior lined with red leather. We head to one of Williams’ favorite restaurants and order brioche French toast and bacon and eggs. A Wavves fan works in the restaurant—“He tweeted at me,” giving it away, Williams says—but he’s not in today. The band’s not often recognized in the neighborhood, though Rage Against the Machine frontman Zack de la Rocha, also a local, once stopped them to pay his regards. 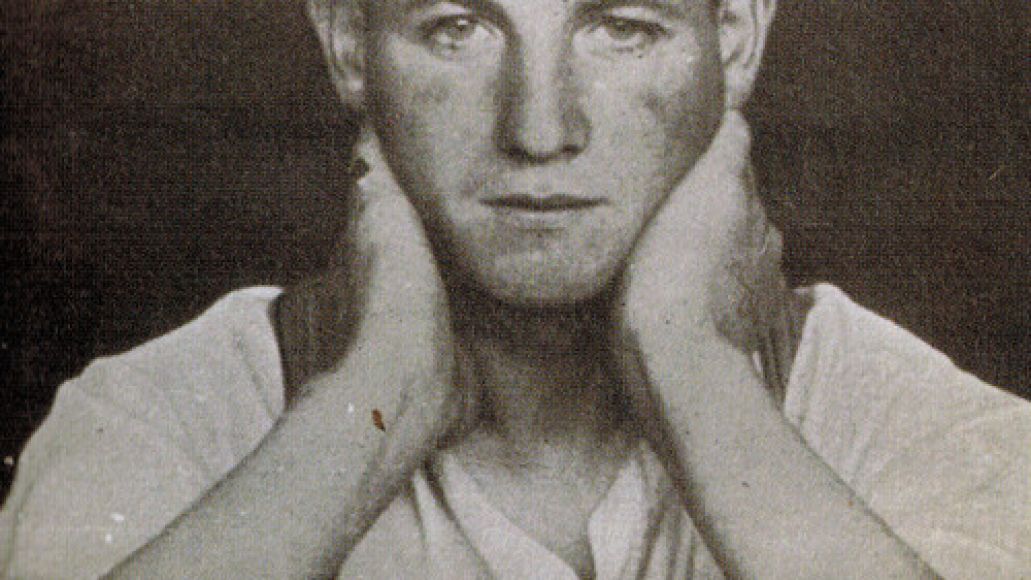 The food arrives. We talk about video games (Williams is working his way through Assassin’s Creed 3), staying healthy on the road (impossible), and a Tucson steam-punk convention (Wild Wild West II) the band could stop at en route to Austin. Before we dig in, we get to Afraid of Heights. The band’s fourth album is their brightest, cleanest record, a set that should win over hold-outs who still think the group’s constricted to just lo-fi. “Dog” features a celeste—this from the band whose singles used to double as buzz saws. The soapy new sound comes from the production of John Hill and an abundance of time: the album was made over the course of a year, compared to the four months it took to wrap up 2010’s King of the Beach.

“[That album] was way over, it was supposed to take two months,” Williams recalls. “I went back to L.A. at the time and two weeks later went back to Mississippi and finished it.” After albums on Fat Possum and Woodsist, 2011’s Life Sux EP was released independently; for Afraid of Heights, they opted to do it themselves and sell the results later. Not having a release date, or a label rep tapping their shoulders, was both exhilarating and nerve-wracking.

“We just got to try everything that we wanted to do,” Pope says, noting that they ordered unexpected instruments or spent days testing out guitar tones. Settling on sounds that felt right took longer than expected; Hill let them run up a tab.

“We ended up the first few weeks exploring some different territory,” the producer says in a phone call days after breakfast with Wavves. “It didn’t really feel like Wavves. It became what it is just by working on it.”

Hill, whose pop-heavy resume includes work with Rihanna and Santigold, also brought a critical ear to the lengthy, alcohol-aided sessions.

“Sometimes you need a voice of reason to be like, ‘You suck right now, get out of the booth, drink some tea and let’s track something else,’” Williams says.

“As long as people can do their jobs, it’s not like I’m like you can’t drink at the studio or something,” Hill adds over the phone. “Not that they would’ve listened to me anyway.”

The work took roughly a year—the band finished tracking in December and mixed in January. They did an interview last July saying the album was done: the Wavves calendar can be a little hazy. “Yeah, I’m a liar,” Williams says, laughing. Not that the sessions were exactly relaxed.

“We basically shut ourselves off from the world because we were working 13 or 14-hour days,” Williams says. “Once we were nearing the year mark, we were like, ‘Fuck. Let’s finish this.’ It was already there. It was finished. It was just obsessing over detail at that point.”

Hill’s picture sounds less like slave labor (“For a while I was working on sessions during the day and they’d come in at night and then we’d work till four or five in the morning,” he recalls), but it’s clear Afraid of Heights is the product of a dedicated band—and one ready for a more ambitious, less abrasive sound.

The influences are as evident as Williams’ weed habit. Single “Demon to Lean On” opens with an acoustic riff not far from Weezer’s “El Scorcho” before the flanger-warped guitar tones of Nirvana—and the lyrical themes of Kurt Cobain—enter. “We’re probably just dumb,” Williams sings, before ripping into the heavy part: “The truth is that it hurts.”

“I always liked music but the first time I heard Nirvana I remember being like, ‘O.K., this is the music that’s for me,” Williams says. “I still am deeply attached to it.”

Weezer’s 1994 self-titled debut and Nirvana’s Incesticide were Williams’ soundtracks during the recordings; when they wanted to dial in a vintage guitar tone, Hill—who describes himself as “not really a rock producer”—went down a rabbit hole until they’d captured it.

“My friend Rich Costey, who works with Weezer, I was hitting him up all the time,” Hill says. “How did this guitar tone happen, looking on the Internet.”

Some songs — for example, “Beat Me Up” and “Cop” — were finished in days as the band wrapped up the album sessions, while others, including the title track, were tweaked and prodded for months. The results range from straightforward alt-rock to surreal material such as “Everything is My Fault”, a tuneful, acoustic-driven psych-pop ballad built from sampling Williams’ original demo. Finding a home for the album was a far less complicated process.

“We met with a bunch of people. Mom + Pop was just the coolest, I thought. It was the best deal, too,” Williams says of the New York label, also home to tour partners FIDLAR and indie mainstays Metric and Andrew Bird. “We had to pay for it at that point.” 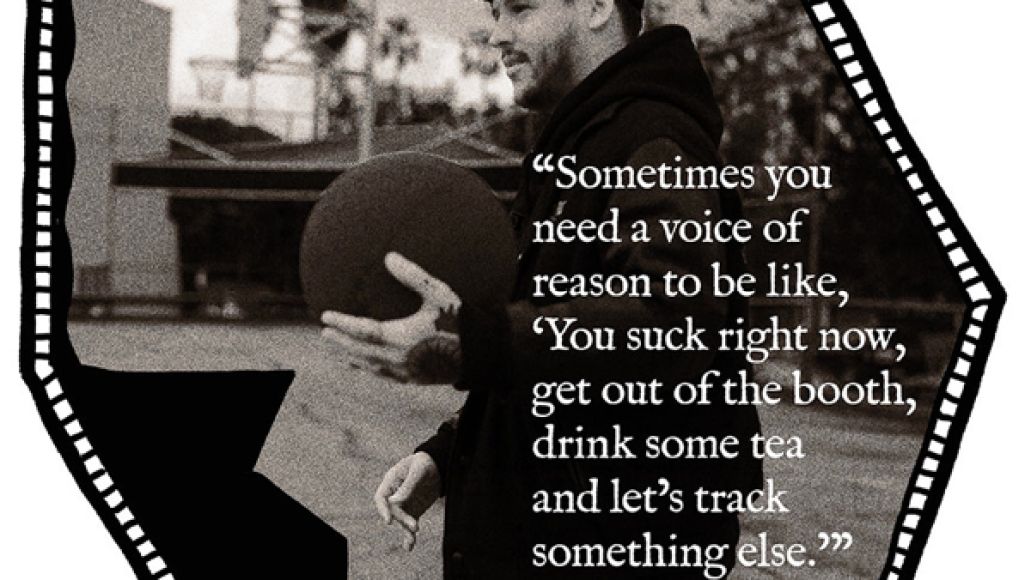 Its upbeat musicianship aside, Afraid of Heights is a dark album, a look into the abyss. It’s full of references to guns and knives and death, angels just out of reach. Lyrical nods to Cobain or Cuomo are abound: “Woke up and found Jesus,” Williams sings in the title track, a line that can’t help but evoke Weezer’s “You cleaned up, found Jesus.” But it’s Williams’ narrative that makes the songs his own.

“It wasn’t the brightest year for either of us,” Williams says of the recording process, which saw lyrics coming last.

“I think that lyrically this record is just a lot further away from King of the Beach or anything before it,” Williams continues. “And I don’t really know why that is. I just tried to not think about it too much and write whatever came to mind.”

It’d be easy to take that on face value from the writer of “So Bored”, but Williams is deeper than that. The persona that emerges across the music of Wavves—bored, belligerent, and stoned; stand-ins for self-hatred—is a sliver of the musician sitting at breakfast, who says “It’s about to get so real” when his French toast arrives. In person, Williams is lucid and funny, less dark than self-deprecating.

He takes pains to avoid controversy: “I don’t think anybody’s better than anybody,” he says during a conversation about working with rappers vs. rockers, but there’s no reason for him not to mean it. Afraid of Heights is his most sober record and in some ways his most honest, one that documents a grown-up who’s able to admit in song, “That’s on me.” The epiphanies that come with front-and-center, sugar-rush melodies makes it the kind of album that made his heroes famous. At least, some of his heroes.

Wavves: Picking Up the Slack