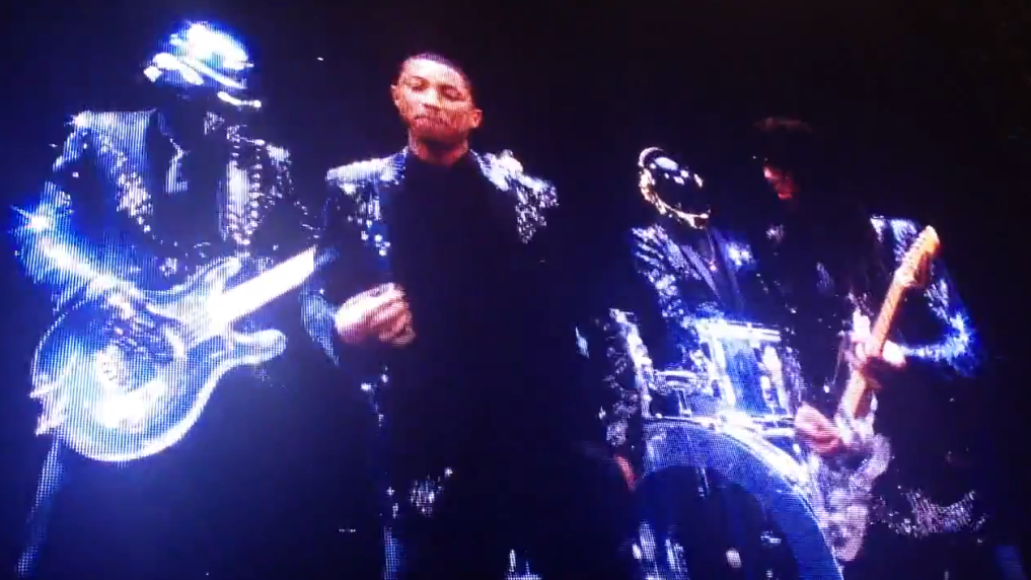 It remains to be seen whether Daft Punk will make a surprise appearance during Phoenix’s headlining set tomorrow night, but the electro duo’s presence is already being felt at Coachella. According to CoS contributor Philip Cosores, a new trailer for Daft Punk’s forthcoming album Random Access Memories was aired across the Coachella grounds last night. It featured footage of Daft Punk, Pharrell Williams, and Nile Rodgers performing a new song, presumably titled “Get Lucky”, before confirming the full list of album collaborators. In addition to Williams, Rodgers, Giorgio Moroder, and Todd Edwards, the album will feature The Strokes’ Julian Casablancas, Animal Collective’s Panda Bear, Paul Williams, singer-songwriter Chilly Gonzales, and DJ Falcon.

Update: Fan footage of the trailer has surfaced — watch it below.

Both Pharrell and Panda Bear have previously been attached to the album, but this marks the first time Casablancas’ name has been mentioned as an album collaborator, giving more credence to a supposed leaked tracklist that hit the web earlier this month.

Earlier today, it was reported that Daft Punk will debut their new single this coming Monday, April 15th.