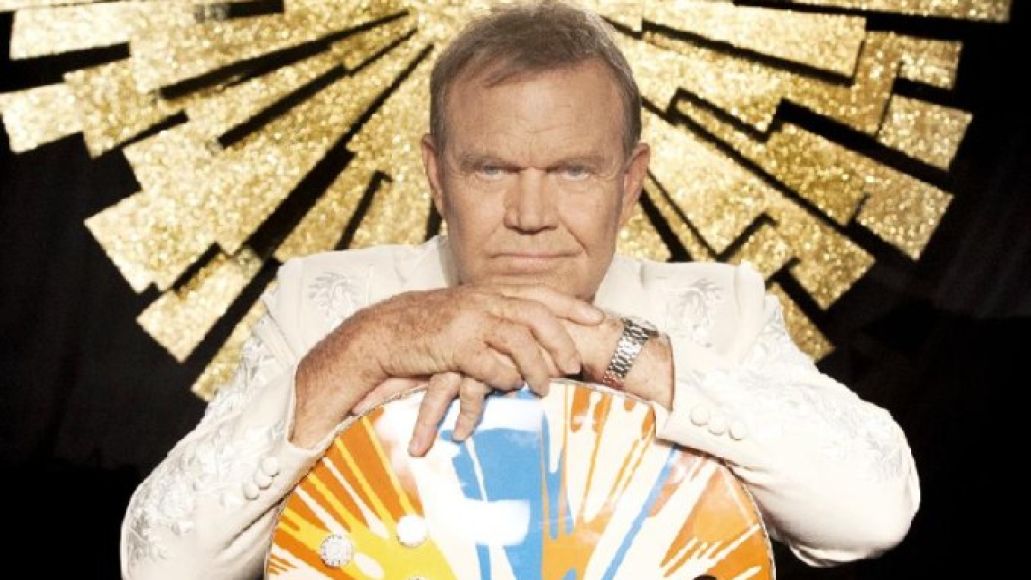 As Glen Campbell continues his battle with Alzheimer’s disease, a group of musicians led by Dave Darling (of Brian Setzer) and Surfdog founder Dave Kaplan have re-imagined songs from throughout Campbell’s critically lauded catalog. The result of their efforts will be released on a new album under Campbell’s name, See You There, due out August 6th through Surfdog Records.

Using vocals recorded by Campbell during the sessions for 2011’s Ghost on the Canvas, the group of musicians recorded new versions of his biggest hits, specifically “Wichita Lineman”, ”By the Time I Get to Phoenix”, ”Rhinestone Cowboy”, and “Hey Little One”. Also included are “There’s No Me…Without You”, which Campbell wrote with Julian Raymond for Ghost on the Canvas, “What I Wouldn’t Give” and “I Wish You Were Here”, which were bonus tracks from Ghost on the Canvas, and a previously unreleased song called “Waiting on the Comin’ of my Lord”.

According to a press release, Campbell chose to title the album See You There, “an expression that’s been a trademark of his for decades, but takes on an added poignancy at this stage of his life and career – as do the songs that take us back to the early days of his career.”