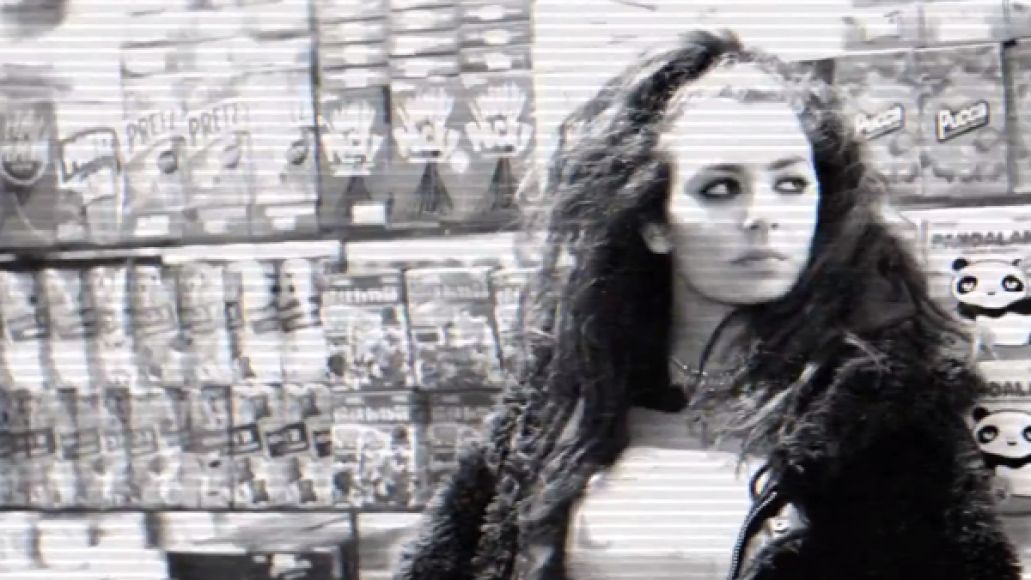 Charlotte Aitchison, better known the world over as Charli XCX, doesn’t seem to be hiding much. In fact, I’m not sure she knows how. Sure, she tends to change the subject a lot. About a month ahead of the release of her long-in-the-works debut full-length, True Romance, we spoke on the nature of “true romance,” a slight political kerfuffle with one of her videos, and who she hopes to inspire. An excitable 20-year-old about to accomplish one of her life’s goals (putting out that album) deserves some kind of license to meander across topics. She reached us by phone from her London home:

There’s a big white cat in the “You (Ha Ha Ha)” video. I’ve seen the cat in some other photos you post. Who is this cat?

Actually, I had to hire this cat. My friend Georgia, who is in the video, I wanted her cat in the video, but it turned out to be really shy. I had to call up this rent-a-cat place and say, “I need a cat for this video.” And this crazy cat was brought down, and it was like the most insane cat ever. It’s got odd eyes. It’s got one blue eye and one brown eye. Originally, it was going to be doing loads of shit, walking around, hanging out. But it’s only in there for two seconds because it was a disgruntled-ass cat. It was like jumping on everyone. It only walks upstairs. It doesn’t walk downstairs. But it’s really cute. Like the grumpy cat.

Are you a cat person or a dog person?

I really like both. I really want to get a French Bulldog. Really, really cute. I do love cats. They are really mystical, and I love their eyes. Cat eyes are the best thing in the world. In a dreamland, I’d be able to have millions of both cats and dogs all running around my flat, and they’d get on really well, and I would like to paint some of them pink.

Also in that “You” video there were all these guns.

Some people kind of lost it over that because of the timing of its release. How did you feel about that?

I know. And that was really unfortunate, the timing. But I had to make a decision and I really felt I made the right one because I shot the video in like October. We had been sitting on it for awhile. I was excited about it. It was in no way meant to be a comment or anything like that. Actually, the video was about paying a homage to grindhouse and all of those amazing original films where women are super kick-ass and powerful and badass, like in The Pom Pom Girls where all these cheerleaders were super kick-ass and played all these tricks on all these boys. That was kind of the idea behind the video.

I’m also obsessed with Rose McGowan and how in the actual film Grindhouse she shoots from her legs with that machine gun. The idea was these sexy, strong girls with these badass guns. But instead of shooting bullets they are actually firing out lipstick, which is kind of like the lips of love. I went with it. As far as I can tell, not as many people picked up on the connection as they did just comment on the video in general. At least as far as I read.

So you’re still reading your own press then?

Is that really uncool? I feel like that’s a really uncool thing to do. But I do sometimes. I spend most of my life on the computer. It’s like trying to not open a box that says “open me” on it. Sometimes I do, and sometimes I really regret reading it. But sometimes I’m like, “Hey that was kind of nice.” I probably won’t read press when the album comes out, though, just because it’s like my baby. And if people say horrible things about my baby, I will want to punch them.

Beyond firearms, there’s a sense of danger in general to a lot of what you put out, like the videos for “You’re the One” or “Nuclear Seasons”. Do you feel more like you’re dangerous or the environment you’re in is dangerous?

I feel like I’m always just doing my thing. As an artist, I always do what I want. I’m a very stubborn person. I have to get my way. I have to do what I want to do. I guess I always do that. So, in that sense, maybe. Like my label probably thinks I’m a fucking nightmare. I’ve pushed the record back loads because I’ve wanted to work on it and get it how I want it. I always write my own treatments for my videos, and it’s my boyfriend who directs them — because I always get my way. So, I guess maybe in that sense I’m dangerous. I’m not trying to be dangerous, but I guess I’m just doing what I want to do.

Is there any danger in moving forward, perhaps with your label?

I’m a reasonable person. I’m not a bitch. I’m not a goober. If someone was telling me, “This is a terrible idea,” I would take that to heart. I don’t really have too many conflicts. There hasn’t been that much drama. 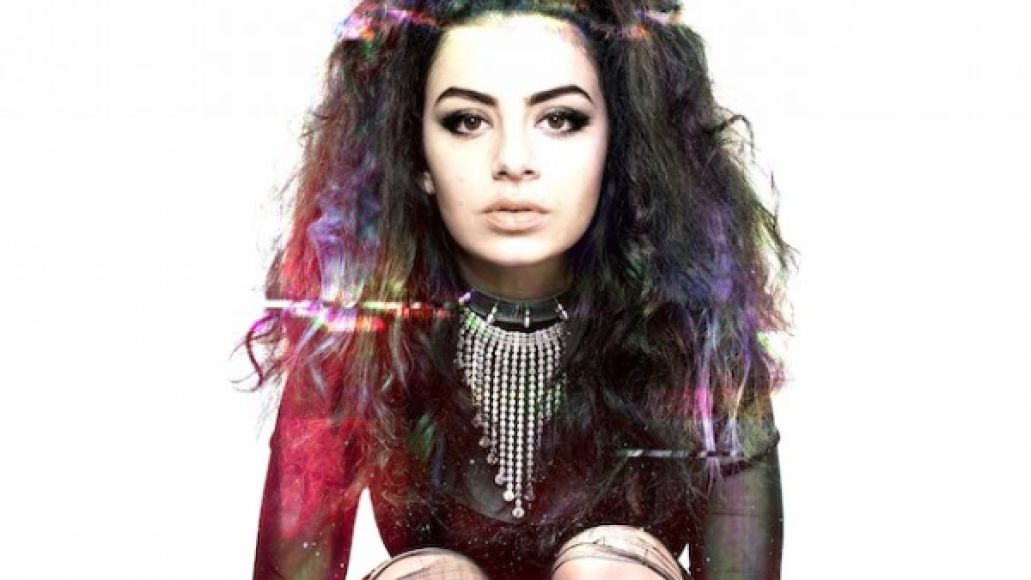 Your new album is called True Romance.  There’s a lot of pain and peril throughout. Is that what True Romance is?

You’re totally right. I think true romance is torture, actually. Even when you find it and it’s amazing and beautiful and orgasmic it’s kind of like this crazy ecstasy of wonder. I feel like sometimes you’re in love and you just want to cry and you want the world to end — there’s nothing worse that could happen to you. I think true romance is ups and downs, and I think that’s what my record has.

There are moments on the record about being in this amazing, true, perfect love, and there are moments that are about being obsessed with someone and [how] they don’t love you back. I guess the record is really about all the different aspects of love, and I was able to finish it because I did find my true romance. That sounds really cheesy, but it’s true. I don’t really care.

I’ve seen you use that word “orgasmic” before in relation to romance. Are you saying there’s a feeling that you can achieve there without sex?

I think so. I think orgasmic is walking on cloud nine and nothing else matters, and you’re just in this super—I don’t know, where everything is perfect. Where the sky is crystal blue and you’re not worried about anything.

Still, you also manage a lot of sexuality throughout this album and your image. What does True Romance have to do with this deeply human impulse?

I really think when I write songs I want them to be this kind of sensual experience. I hate records that sound flat, and I really want my sounds to be very rich and deep and emotional, and I’m really happy that it does. And in a dream world I like to create even a light show to go along with the music and make the whole thing an immersive, full-body sensual experience. I would love that to be the case. I’m not a real sexpot or anything like that; that’s not what I mean.

Actually, [here’s where] XCX originally came from: I started playing these raves, and the promoter asked me what I wanted on the flier, and I just told him Charli XCX because it was what I used to sign off of like MSN Messenger. Then a few years later I panicked because I thought it was so uncool. So I went to my record label and said it stood for “X-Rated Cunt X-Rated.” I can just imagine that they were thinking, “Oh my god, who is this girl? What is she doing?” But it still just stands for “Kiss Charli Kiss.” And I still am really uncool, but that might be why I’m kind of cool.

A host of these songs were written years ago. How do you think they’ll resonate now?

I just feel like, for example, “Stay Away”, I mean it’s one of my most favorite songs that I’ve written actually. And when I wrote that song I felt like it was the beginning of my musical journey. I felt like I’d really found myself. I thought, this is really exciting and really weird, how much this sounds like what’s been going on in my brain for the past three years, but I’ve never been able to pin it down. I think that’s why those older songs are on the record. And they still connect with me because that was a really important moment in my life. It was when I stopped feeling lost and had made sounds.

I think they will always be very important songs to me. They’re on the record because I think this record is kind of me growing up. All the songs are written not in one specific time period of my life. It’s kind of like a coming-of-age record for me. It’s all of these different thoughts and feelings and moments compiled into this one album, and it’s just this emotional outreach of who is now a 20-year-old.

What are you hoping to inspire in the youth who discovers your music?