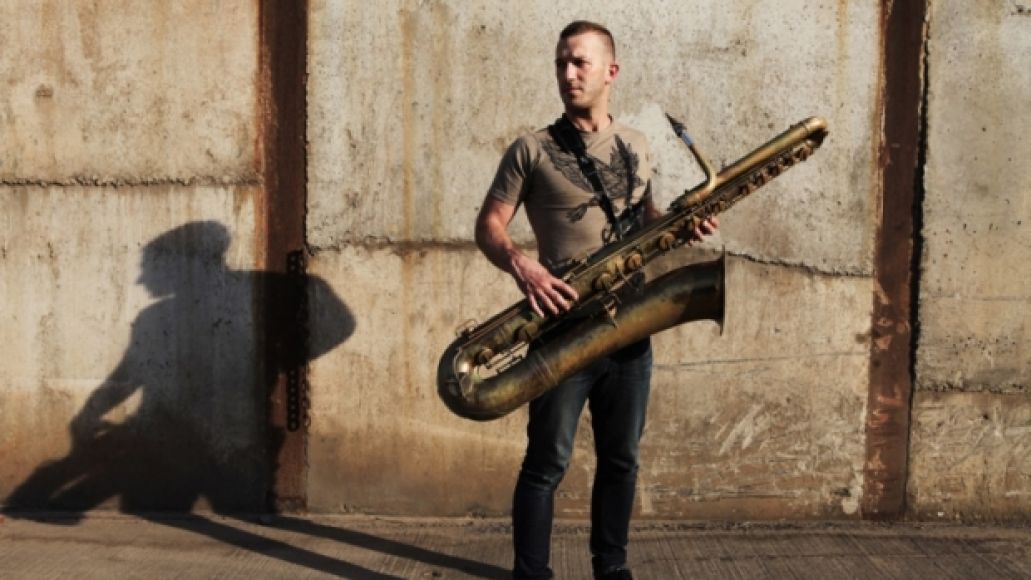 When you listen to Colin Stetson, sound hits you in every possible direction — the melodies go through, above, and below you, and the effect is a disorienting yet dazzling reinvention of how music can occupy a space. The Michigan-bred Stetson has frequently toured with the likes of Arcade Fire and Bon Iver, while Tom Waits even nabbed him for his hallowed albums Alice and Blood Money.

Utilizing improvisation and his own patented circular breathing techniques, Stetson is able to create narratives that transcend simple melodies, which range from chilling screeches to the smoothest possible tones. Stetson’s solo work is much murkier, and captivates humanity at its highest and lowest times. This year sees the release of the third installment of his New History Warefare triology. The work, entitled New History Warefare Vol. 3: To See More Light, is an appropriately enlightened account — one whose beams are only visible through the presence of lingering shadows.

We spoke to Stetson about metal, his trilogy’s narrative base, and Justin Vernon’s surprising vocal capabilities.

This album is the final installment in the New History Warefare trilogy — has it strayed from what you initially envisioned it to be?

When I initially conceived of this years ago, maybe six or seven years ago, it was mostly skeletal. There wasn’t much clarity but there was shape and theme and direction and narrative that would happen out of the coming years. There was no straying from anything preconceived really, it was just finding its way to this climax. 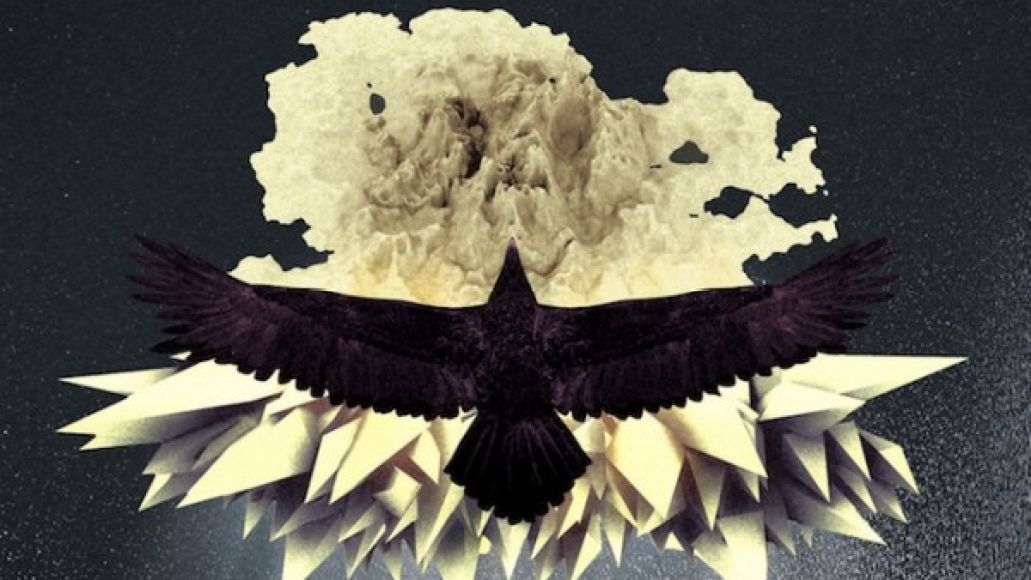 Narrative-wise, you’ve mentioned before that New History Warefare Vol. 1 is about people lost at sea, Vol. 2 finds them washed up from a shipwreck. Where does Vol. 3 lead us?

Yeah, the first one is that story of people who have been living at sea for generations. In my mind, all memory on land is forgotten, and becomes almost stuff of legend. When Vol. 2 starts, it’s to a singular perspective and follows one person actually arriving on that mythic base.

And the third one is much more expansive, it’s much more of an epic. It’s a war story. It’s finding your way to this shining beacon on the mountaintop. Without going too far into this very specific narrative, to me, in broader, more thematic terms, it’s dealing with death. Overarchingly, it’s about the relationship between death and love conceptually, and how the meaning of both of those are contingent on the presence of the other.

Ultimately, the idea of the title track is talking about exploring our instinctual need for the wish fulfillment of an eternity, or an afterlife and once that’s turned on it can’t be turned off again once we’ve spun around that need.

There’s definitely an incessant need to understand everything, especially what can’t be understood.

That’s what we do for everything. There’s an effect for everything, and there’s this notion that we have to find a cause, the root of all things. So we’re out there assigning that to all things, and that’s curious to me. That’s how our brains work, and the name of the game. Perpetual figuring.

Does the trilogy feel complete to you, or would you have wanted to expand them further?

I’m satisfied with the result. They’ve each been made to their fullest ability that I could do at the time, and that’s all they could be. If I took the time and listened to them and pored over the old material, the music to me continues to grow and develop in the way that I perform it and my relationship to it. I wouldn’t want to go back and change things just because they’ve changed now live. The records are how they are; even if my relationship with the music changed in the present, the record is a story that I wouldn’t revise. Although I’ve certainly had urges. [Laughs].

You mentioned how your relationship to your music has changed — how has that shifted with time?

I think that the more and more I sit with the forms and with the sound of these things…first, if I went back, my abilities now physically are much more than when I recorded Vol. 2 and especially Vol. 1. Everything on Vol. 3 I couldn’t have possibly recorded before. So when I’m playing something like “Judges”, I hear different possibilities in the minutia of the different layers and multiphonics that are coming out.

As I’ve been growing in ability, I’ve been able to see one of those new melodies, new textures, focus on it and pull it out. To me, that opens up a whole new dimension to the piece and a whole other reason to sit with it for longer in the span of performing it. I don’t know if you heard the EP that came out after Judges, but I was able to develop this patience and appreciation for all of the things that were coming out of the instrument.

Your continuing development of the circular breathing pattern is certainly part of that. How have you continued to work and rework this technique? Or is it totally inherent now?

The breathing continues to develop, because you just want to continue to do more and more things while you’re doing it. So a number of years ago when I first started to develop new ways to breathe in and out of my nose while playing even when on low volume things where you’re not expelling enough air, you want it to be continuous for a very long time, but you’re not expanding enough air, you reach a point where it’s all CO2 and you need to exhale. I could trick myself into breathing out through the nose and into the nose at the same time as my mouth. That was a milestone; I was really happy about that one.

To breathe more closely with the singing, to be able to to breathe in tongue and do that…all these manipulations of the tongue and inside of the throat and mouth. The more you develop those muscles and actively seek out new techniques, you get these “Eureka!” moments where you’ve battered against this door for so long and it finally opens the floodgates, then it just works. That’s all what circular breathing is about. You don’t think it’s possible, then it works once and then it works forever after that. It’s been 23 years now…so it’s always developing.

It’s crazy to be able to have that in mind and simultaneously sing. Do you sing on every track on Vol. 3?

Good question. Not all of them. Not the first, or “Brute” or “In Mirrors”, not the gospel cover, but everything else.

As for “Brute” — you’ve worked with Tom Waits before, and “Brute” channels that gutteral sound so well. Who sings on that track?

Justin can move every which way — he is more versatile than anyone can have any idea. But this year, people will be getting a much broader concept of what he is like musically, because it’s not just Bon Iver.

Can’t wait for that. What have you been listening to lately on your own?

I’ve been revisiting a lot of metal, a lot of Mashuga. I kind of listen to Liturgy pretty regularly. There’s a band called Superoms, Supereleven out of Gow in Mali that I had the pleasure of meeting and playing with a little bit when I was over there. Their first recording ever came out just now and they play this sort of old desert style of music kind of pakinba, which is gorgeous and trance-like, and I’ve been listening to that record a lot. Oh, and Sam Cooke.