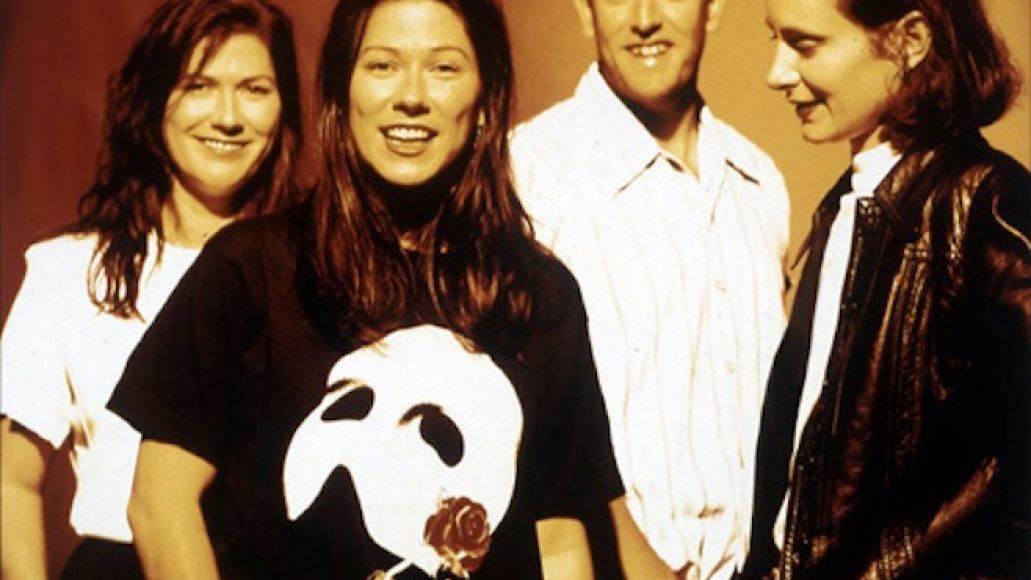 While on tour together with their primary acts, Pixies guitarist Kim Deal and Tanya Donelly of Throwing Muses forged the idea of forming a side group. Calling themselves The Breeders and adding bassist Josephine Wiggs and temporary drummer Shannon Doughton, Deal and Donelly recorded the band’s debut full-length, Pod, fleshing out demo tracks the two had previously presented to the label 4AD. Its follow-up, the four-track Safari EP, saw the addition of Jim MacPherson on drums and Kim’s twin sister, Kelley, on second guitar. It also saw the departure of Donelly, who went on to form her own vehicle, Belly.

As a four-piece, The Breeders became more defined around Deal’s center. With successful tours in the US and Europe, including opening slots for Nirvana, they were poised to begin their ascension to the top of the alt-rock heap. With the release of Last Splash in late 1993, they landed squarely on top of the mountain, with the single “Cannonball” effectively becoming the group’s Edmund Hillary moment. The stay at the top was a relatively brief one, with this lineup releasing only a couple more EPs and a live album before the rapid ascent to platinum sales, co-headlining Lollapalooza, exhaustion, and personal turmoil took their toll. Following Lollapalooza ’94, The Breeders decided to go on a break that eventually amounted to a breakup. Though Deal would revive the name with various lineups in the late ’90s and 2000s, none included Wiggs or MacPherson.

This year marks 20 years since the release of Last Splash. To celebrate the milestone, 4AD will reissue The Breeders’ landmark album, and the Deal sisters, Wiggs, and MacPherson, will hit the road for a brief tour, marking the first time in 19 years that this lineup has played together. Consequence of Sound recently had the opportunity to talk with Josephine Wiggs about the upcoming anniversary, playing together again after so long, and her own career outside of The Breeders.

In 2005, you played a couple of shows with the group at an event commemorating 4AD’s 25th anniversary, and you were called in at the last minute for the final three shows of the group’s 2009 tour. I understand the 20th anniversary of Last Splash is a milestone, but aside from that, what do you think it was that got all four of you back together after so long?

Well, I think it was a couple of things. When we did that show in 2005, it was the 25th anniversary of 4AD, and in order to do that, we went to London and were in a rehearsal space in London. So, basically what happened was that the songs that we were doing from Pod and Last Splash were the ones that I played. It was kind of a split evening in that the lineup of The Breeders as it existed in 2005 played some songs, and then I played the songs from Pod and Last Splash. When I first arrived and we were in the rehearsal room running through the songs, Kelley turned to Kim and said, “Oh, my god, it sounds just like the album.” I think we all were just amazed at what it was like to play together after… at that point, it was 11 years [laughs] since we had played together. But that was also with a different drummer. It wasn’t with Jim.

So, I think that that put the idea in our minds that maybe one day in the not-too-distant future we might play together. And then of course when 4AD announced that they were intending to re-release Last Splash to commemorate its 20th anniversary, that was then the thing that made Kim think, “Well, if they’re releasing the record, then maybe we ought to play some shows.” They were going to do it anyway. They were planning on doing this regardless of what we were or weren’t going to do. So it was really that. It was the combination of us having played together in 2005, and it being such a great experience, and the fact that they were re-releasing the record. It just seemed like it would be the thing to do. 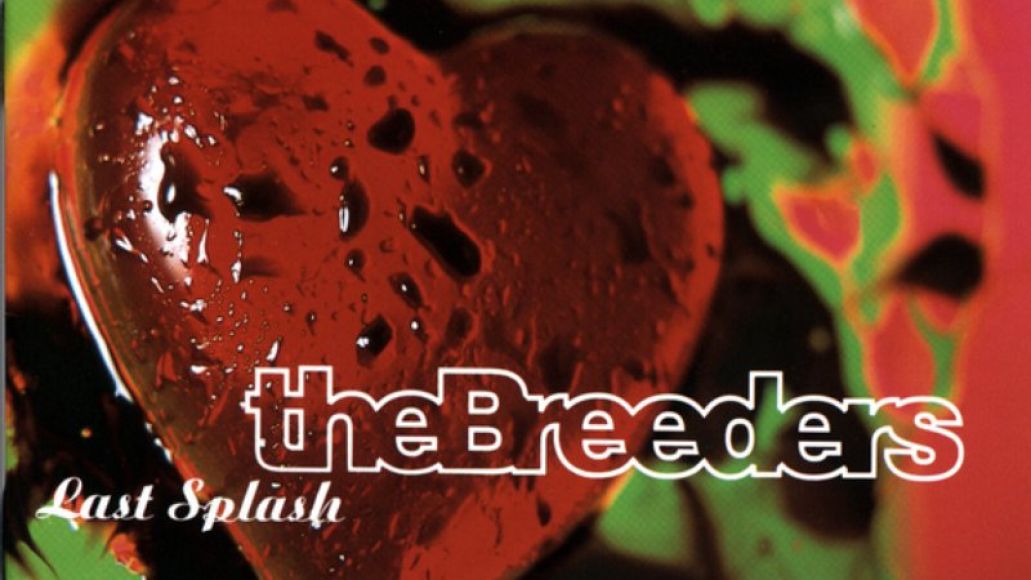 Was there ever any effort to do something like this when Pod’s anniversary came around?

There wasn’t, no. I mean, I have no idea. I should ask Kim, actually, whether she had any thought about that.

There are no issues with Tanya [Donnelly]…

No. How can anyone possibly have an issue with Tanya? She’s the prettiest thing on the planet. [Laughs.]

I just wanted to be sure. Obviously, Last Splash is a far bigger album for the band, so I can see 4AD’s incentive to do that.

“Cannonball” is arguably the band’s most recognized song. Kelley revealed in the box set’s liner notes that your bass that provides the song’s intro was actually played flat, but everyone liked the sound, so it was kept. Can you elaborate on that?

When we were in the rehearsal space in San Francisco… I think maybe we rehearsed for a week out there before actually going into the studio. It had maybe been a couple of months since we had played together because I had been in England. At that time, I was flying back and forth. So, it had been a while since we had played together. And then when we came to play “Cannonball”, it’s a pretty big slide on the low E on the bass guitar, and playing high on the neck of the bass is not something that one often does. I had made a mistake about which note I was supposed to be sliding to. Because I’m playing on my own there, you can’t tell that it’s the wrong note.

It was only when the guitars come in that I realized that I was a semi-tone flat and immediately corrected the mistake to play the song in the right key. I did it repeatedly. I kept doing it for some reason every time we came to play the song. It must just be that’s where my hand is most comfortable, high up on the neck there, and I didn’t want to push myself to have to go one fret higher, I expect is what it was. We all just thought it was hilarious and thought it sounded really great. It kind of sets up a certain expectation, and then your expectation is changed because all of a sudden it’s in a different key. It was clear to us at that moment that that was the right thing to do, to keep the wrong note in there.

You have writing credits on just three songs in The Breeders’ catalog. “Metal Man” off Pod is credited to both you and Kim, while two other songs appeared on EPs: “900” from Cannonball and the title track off of Head to Toe. Considering your songwriting post-Breeders is rather extensive, why do you think your song contributions with the band were so few and far between?

It’s partly a function of, you know, Kim was a prolific songwriter. She had a lot of songs that we were working on, and obviously every once in a while someone would come up with something. She just was writing more songs than I was. Plus, I really enjoyed playing the songs that she was writing. I didn’t need it to be about me, if you see what I mean.

Did you just feel more comfortable playing bass at that time rather than songwriting?

It may also be that at the same time, let me think, it would have been 1990 through ’91, I had just released an album of my own songs. The album is called Nude Nudes. It was on a Manchester label called Playtime Records. So, I had just released the songs that I had been working on for the last four or five years. It wasn’t as if I had a huge back catalog of stuff that I was dying to work on. I just released all the songs I had been working on, if you see what I mean.

Why bother changing it in the first place?

You can find it online if you want to compare the two. That was one of the songs that I did record in my other project that I did with Jon Mattock from Spaceman 3.

Interview: Josephine Wiggs (of The Breeders)