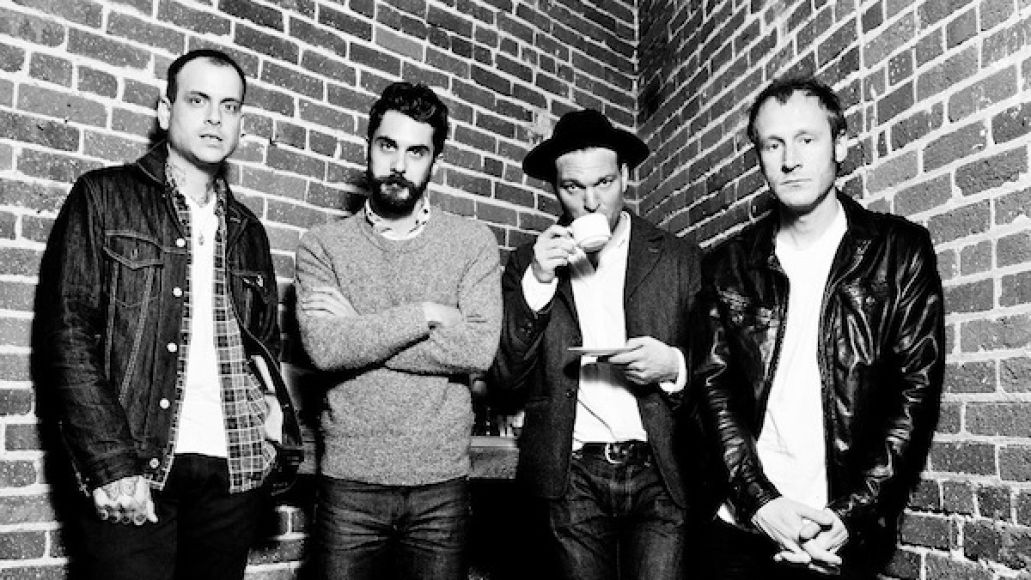 Dear Miss Lonelyhearts, the fourth album from Cold War Kids, has been hailed by fans and critics as a return to form that incorporates electronic flourishes, such as heavier synthesizers and drum machines. Frontman Nathan Willett chalks it up to the addition of guitarist and co-producer Dann Gallucci (formerly of Modest Mouse). Several weeks before the release of the album, we checked in with Willett to discuss his cinematic inspirations and why you won’t be seeing a 15-person performance of “St. John” anytime soon.

You’ve said that Mine Is Yours was a reflection of what a lot of your friends were going through in their lives at the time of its release. Is it the same case with Dear Miss Lonelyhearts?

More specifically, would you say the new album’s an elaboration on the commitment issues that your friends were dealing with during the last recording?

Yes. [Pause.] Sorry, thinking about the record on that level is kind of brand new. [Pause.] I guess in a way, it’s less personal, probably, than the last record. I think I was very much in the middle of a thing then, and even having spent like two years past… that was in Long Beach. Now we’re kind of all in the middle of a big group of friends, and we have kind of a new guitar player, Dann [Gallucci], in the mix. There’s sort of a different feel in the group.

We started very much as a community of friends. Our band kind of came up, and we were very much in [that]. And I think Mine Is Yours was really coming from that. So, yeah, I think this is kind of a step out of that as far as… whether it’s reflected in the actual lyrics or not, it’s kind of hard for me to know. But in some ways, I think the lyrics probably have a little more distance, maybe. I don’t know. I’m not totally sure yet.

It almost sounds happier than the last record, especially from the get-go with “Miracle Mile”. Was that a conscious choice?

I guess in a way, yeah. I feel like it’s in some ways easier to write more kind of minor chord songs or songs that are more kind of dour. I think that’s probably more instinctual for us, and less to write more uplifting songs. So, yeah, I think were were  happy when “Miracle Mile” was kind of happening. We were like, “Yeah, this is a good kind of flavor for the record,” and we’re really happy we could add to it. 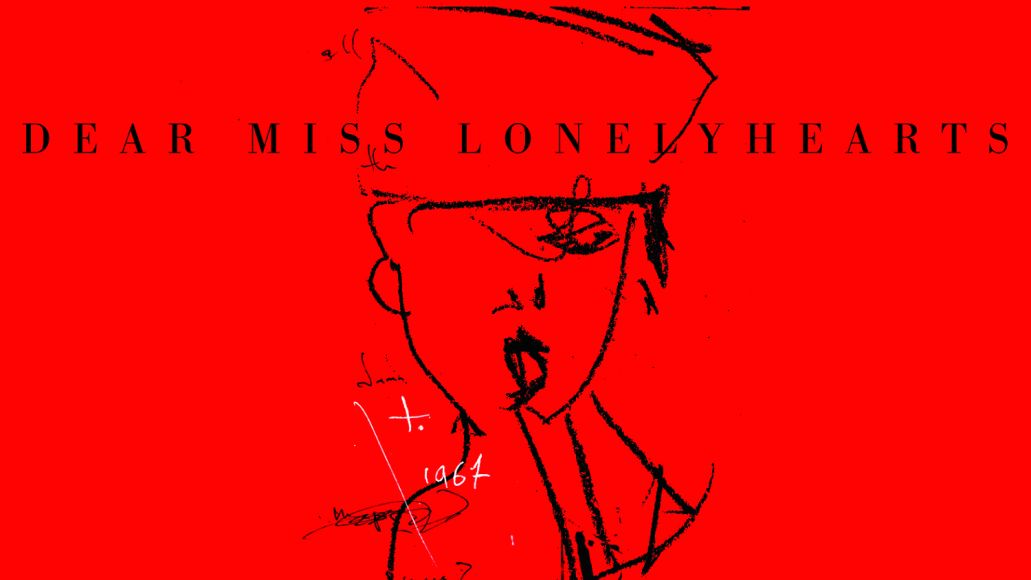 Did [bassist] Matt Maust do the artwork for this one as well?

Has he designed all of your albums?

It’s great to see a band take artistic control in all aspects of their work, and not just the music. I feel like album covers are often figured out by someone else and not thought about as much, since buying physical albums isn’t as much of a thing anymore. Do you think the art of album art has sort of gone out the window?

Yeah, and it is kind of sad. I think that we, you know, were like a CD generation that bought a million CDs, and you’d hold it in your hands, and look at the artwork, and be driving with your friends. So, yeah, I do think that is kind of a bummer.

What’s your favorite album artwork of all time?

Good question. [Pause.] Man, that is a good question. I’m going to think about that. Actually, I’m going to walk into my room with my music so I can find something. I know for Maust, he has that U2 record, Achtung Baby. For him, he loves the squares of that record and how it’s laid out. I’ve kind of seen that in his artwork in really funny ways. But yeah, that’s something that is always really in his mind. I’m not sure how often or which way it plays out. But it’s funny because he’s always been one of my favorite artists. I like the things that he does more than almost every artist that I see. So, it’s great to have him always doing great work.

His artwork for the new album reminds me a lot of Planet Waves by Bob Dylan and The Band.

Yeah, I can see that.

I read that on the last album, “Skip the Charades” was heavily inspired by Woody Allen’s Husbands & Wives. Were there any specific films or other pieces of art that inspired anything on the new record?

Let’s see… I think all of the P.T. Anderson movies, I definitely watch and think of as like… you know, it’s always so hard, especially with more conceptual art, to try and attach it to something like a rock record. But yeah, I think just taking a lot of stuff and… I think certain P.T. Anderson movies, the tone of his films, the kind of seriousness and weird humor in it, I like a lot. Even some of the more synthy, electro-y things on this record probably came from us revisiting some Depeche Mode. That record, Songs of Faith and Devotion, I was listening to a lot. I think there’s actually a little bit more Roxy Music-y, like a little more glammy elements for us on this record that might have come through a little bit.

Some of Aimee Mann’s music on Magnolia, particularly “Momentum”, has that sort of ramshackle, stomping percussion that’s also akin to you guys. Junkyard percussion. Didn’t you work with one of Tom Waits’ producers in the past?

Yeah, we did. Jacquire [King].

I saw you guys at [Chicago venue] The Metro a few years ago, and I think you had a poet open for you as well as another band. When you did “St. John” for the encore, you had everyone, the poet, the band, the road crew, probably 10 extra people, come out and do this wild rendition of it. Everyone was just banging on different things: bottles, barrels, water jugs, washboards. When touring behind the new album, will you have any similar kind of spectacle?

Probably not. That was something that we did for the first few years that grew and grew to the point of us kind of saying, “Okay, we probably need to look at it a different way.” [Laughs.] Maybe there will be some different angle.