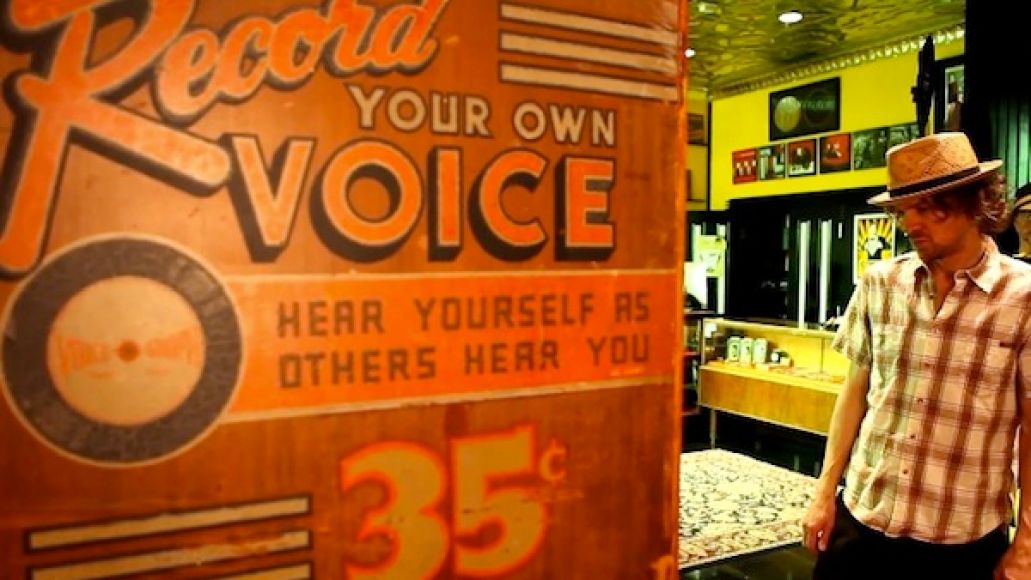 On Saturday, April 20th, AKA Record Store Day, Jack White will unveil his latest creative feat: the Third Man Recording Booth. The refurbished 1947 Voice-o-Graph allows visitors of Third Man Records in Nasvhille to lay down up to two minutes of audio — be it a song or a simple message — which is then dispensed in the form of a 6″ phonograph disc. Supposedly it’s the only machine of its kind that’s operational and open to the public.

White, who is this year’s official RSD Ambassador and who will be releasing a special RSD reissue of The White Stripes’ classic 2003 album Elephant, encouraged everyone to celebrate the day by hearing “themselves on a vinyl record and maybe even mail[ing] it to someone they love.” The booth operates on Third Man-issued tokens, which are already used in the Third Man Novelties Lounge.