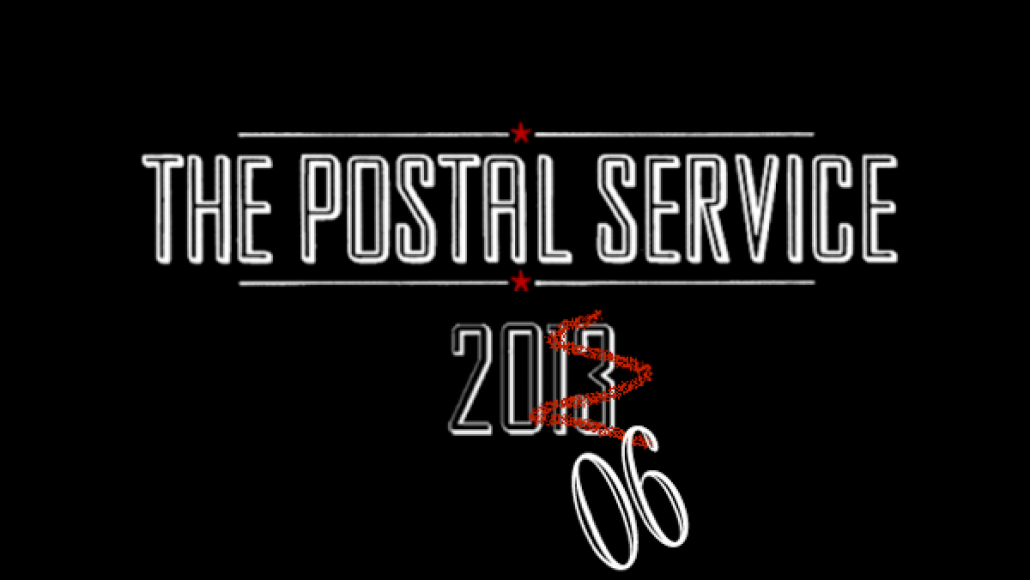 When it was revealed that the reunited The Postal Service would be reissuing their only record, 2003’s Give Up, with two brand new songs, that glimmer of hope for a followup returned to many hearts. Ben Gibbard and Jimmy Tamborello (plus Jenny Lewis!) returning to the studio to lay down new tracks had to be a good sign, right? Well, not so much.

Speaking with Exclaim!, Tamborello reveals that “new” bonus cuts “Turn Around” and “A Tattered Line of String” are actually old remnants of the band’s early attempt at a sophomore record.

“They’re both from around 2006, maybe 2007,” Tamborello claims. “The files were dated 2006, but we might not have finished them then. They were from a phase where we were trying to get a record together, but we didn’t get very far. Those two songs got the closest to being finished.”

While the band will likely give the songs air for the first time on their upcoming tour, Tamborello cautions not to anticipate any unexpected flourishes. “For this tour, we’re trying to keep the songs pretty true to the originals. We haven’t changed any of them into big trance anthems or put big dubstep breaks into any of them. We just want to play them how people remember them and then deal with the bigger venue settings [by using] bigger lights and stuff. We want to keep the music the same.”

So maybe it’s time to let go of that breath, world: “Turn Around” and “A Tattered Line” may very well be the closest thing we ever get to The Postal Service’s second album. That is, unless they find they enjoy playing the old tunes on tour so much that the magic returns and inspirations strikes and… aw, hell. Huuuuff!