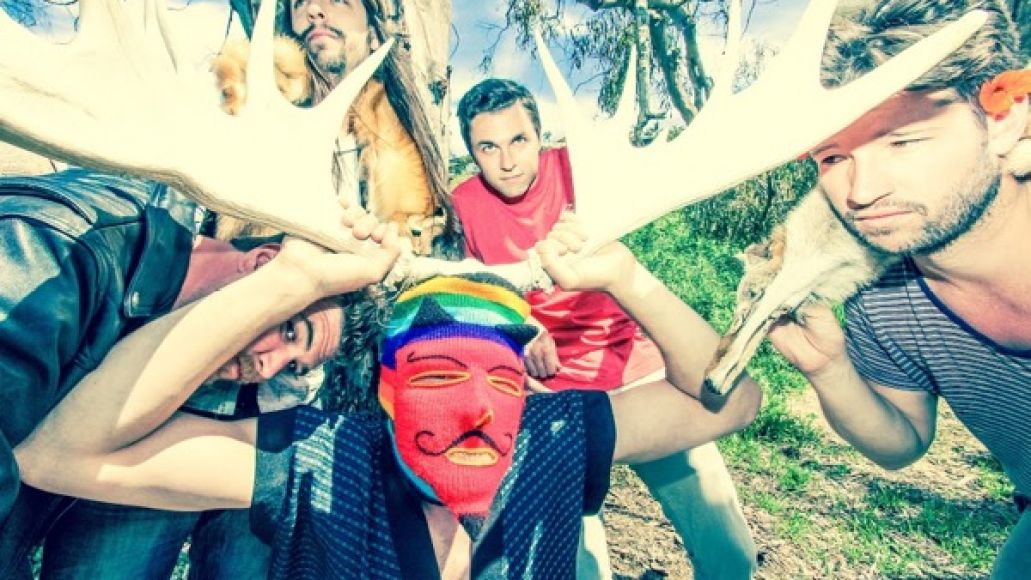 The term “barbarian” still stirs up images of a young, buff Arnold Schwarzenegger brandishing a broadsword (no? Just me?). But a San Diego quintet going by Barbarian is changing that image, conjuring up feelings more akin to hazy, sun-drenched drives down West Coast highways. Their November 2012 debut single, “Daze of Youth”, came right out of a coastal garage, smothered in a psychedelic sheen, and the band hones their sound even further on their upcoming EP, City of Women.

If the first listen of the EP, “California Nightmare”, is any indication, a bit more light is peaking through the band’s arrangements. Guitars strum softly through ’60s surf fuzz, creating an atmosphere just begging for some rolled down windows. Still, there’s something ominous under it all, and it’s not just the heavy percussion hits. As lead singer Andrew Mills murmurs, “I know why you’re leaving me this time/Now that I have come to realize / That life is not a dream, but a California nightmare,” the band crafts a psychedelic haze that’s a fitting suit for a disenfranchised Californian – at once breezy and bleak.

City of Women hits stores in July through Manimal/LOOSE.