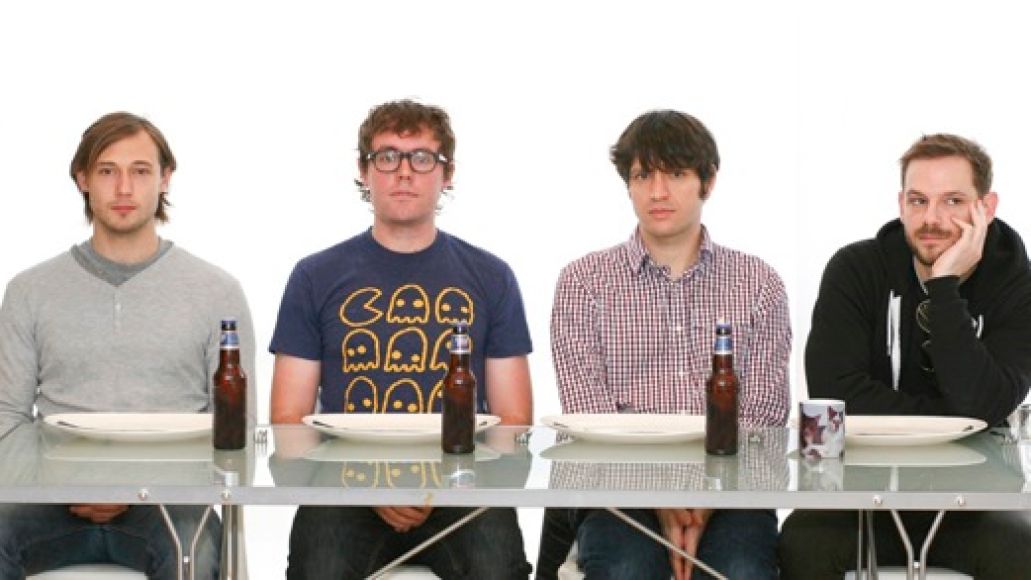 The last two years were rather rough for the guys of Bridges and Powerlines. Each member of the Brooklyn rock band had their own bit of heartbreak and strife, the kind that can follow you anywhere in a city of 2.5 million people. Instead of wallowing in their own self-pity, though, the band picked up their instruments and hit the studio with producer Kieran Kelley (Sufjan Steven’ Illinois) to record Better, a new 6-track mini-LP due out May 21st via Daisy Pistol.

Keeping with the concept that this effort is about turning negatives into positives, each track borrows the name of a Brooklyn neighborhood in which their personal tales unfolded. “Bushwick” is a propellent example of the album’s ethos. Frantic guitars keep the track from ever losing steam, while keyboards that sound one SNES sound card away from chiptune give the song an undeniable pop edge. Proving that the group remains eternally optimistic, vocalist Andrew Woods sings, “Don’t cry / we might see tomorrow if we try / we might be the ones who never die / leave this space behind and go outside / we might be the only ones who find a new way.” Chin up, and click play.

Better, which also features members of Bon Iver, is due May 21st on Daisy Pistol. Bridges and Powerlines are set to preview some of the songs when they headline Mercury Lounge in NYC on April 18th, and they’ll also be throwing a record release show on May 18th at Pianos.