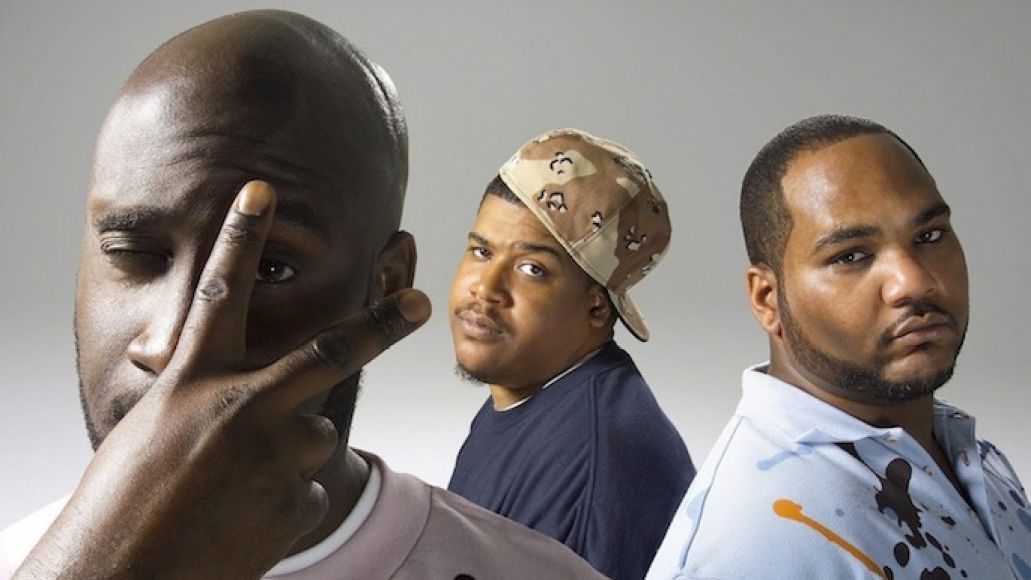 De La Soul’s Kevin Mercer and David Jolicoeur teamed up last year for the concept album First Serve, but today marks the first release to feature all three members of the legendary hip-hop group in nine years. Mercer, Jolicoeur, and Vincent Mason are back together for the first time since 2004’s The Grind Date and have launched a digital single series to proceed the release of their new album You’re Welcome.

The first single to surface from this series comes in the form of “Get Away (feat. the Spirit of the Wu)”. It’s a murky antagonistic cut that stalks more than it stomps. Wu-Tang Clan historians should note how it samples the very creepy “Intro” off Wu’s 1997 double album, Wu-Tang Forever.

“I stumbled on the original sample while crate digging one day, took it straight to the lab and added drums,” De La Soul’s Posdnuos tells Rolling Stone. ”The feel is definitely gritty, hard, and sounds like a Wu record, so out of inspirational respect, we included featuring ‘The Spirit of the Wu’ in the song title.”

Stream the homag– err, single below.

Listen to De La Soul's comeback single, "Get Away (feat. the Spirit of the Wu)"