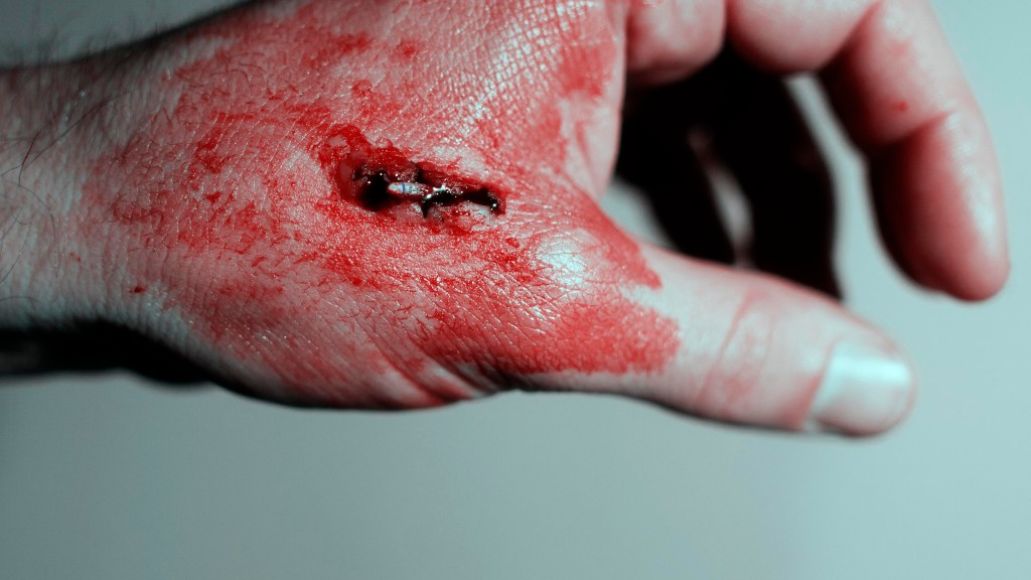 Since 2003, guitarist/vocalist Tommy Siegel has been one-third of the perpetually-optimistic Jukebox the Ghost, churning out whimsical power-pop songs that range from the sweet and bubbly to the life-affirming. But in 2009, he shifted gears momentarily and joined the “politically-themed” punk band Drunken Sufis. The outfit then released a few records, including the sophomoric Americans Fuck, but have mostly kept their business under the radar. Recently, though, Siegel, who goes by T, and the other “arms of the beast” (Ras Yahya, Dr. D, Renzo, Moloch, and Buddy) returned to the fold to record a new album, DroneWars.

While the project’s still highly political in nature, they’ve taken on a far more menacing outlook. Gone is the goofy Dick Cheney artwork, replaced by the more visceral (and stomach-churning) cover art above. They’ve even taken on a more austere approach to their overall conceptual approach: their mission statement reads, “Some day in the near future…When the singularity arrives…we will be dragged from our beds and harvested. Until that fateful day, we write angular punk rock tunes about the end of the world.”

As a reflection of their newly-heightened intensity, the music’s became far more experimental, as evidenced by the DroneWars opener “The Shot”. It’s a 90-second track filled with enough noise and ferocity for a five-minute number, a cantankerous barrage of pitchy guitars, concussive drums, and random whirls of samples. But even as it’s stuck between life as a micro-prog outburst or a noise-rock freak-out, there’s an undeniable sense of glee and a certain craftsmanship to the chaos. Stream it below.

DroneWars is due out April 9th via Bad Friend Records. Check out the tracklist below, followed by a teaser video.