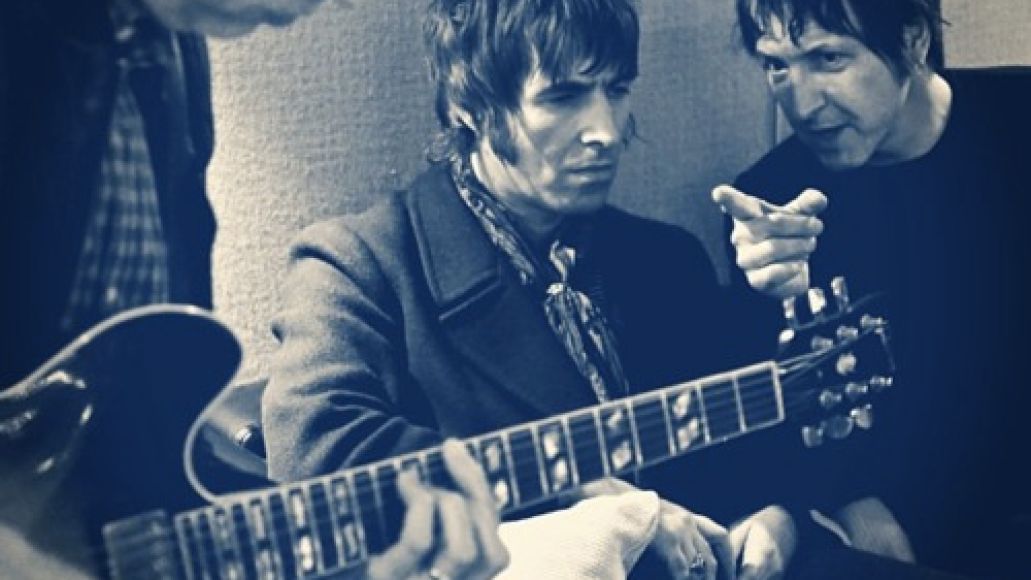 “It’s rock ‘n’ roll but it’s fired out into space. If you’re into drugs you’ll like it. It’s pretty druggy.”

Listen to Liam Gallagher and Beady Eye's new single, "Flick Of The Finger"