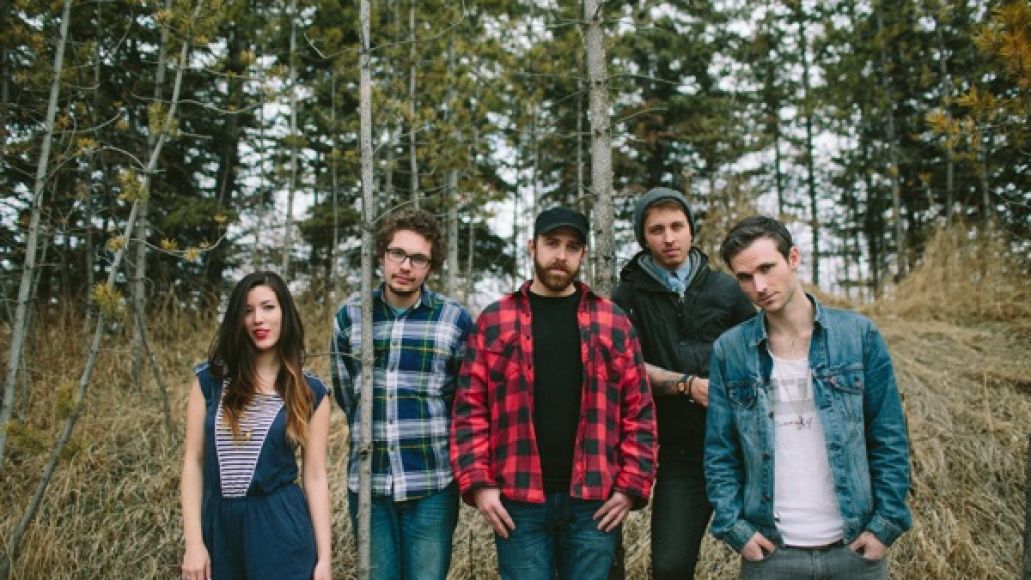 Canada’s Said the Whale don’t know how to slow down. After being dubbed Best New Group at the 2011 JUNO Awards, the band soon released their third album, 2012’s Little Mountain, which was then nominated this year for two more JUNOs. Now, the pop quintet has another effort on the way, the I Love You EP, which will surface June 18th via Hidden Pony Records.

If all the success and hard work hasn’t afforded them a break, at least it’s allowed songwriters Tyler Bancroft and Ben Worcester to shake off the pressure of writing “radio songs.” ”This time,” Bancroft says, “I went into the writing process with mindset of ‘Fuck everything, I’m just going to write what makes me happy.”

For his own part, Worcester says, “I spend so much time chipping away at my thoughts, trying to get to the core, and right now I’m finding it easy.”

The resulting tracks hook and hit as hard as any of their past recordings, demonstrated with punchy efficiency in the EP’s title track. “I Love You” chugs down a sunny road through the verses, but takes a turn onto an empty highway and throttles the gas as the chorus hits. Along the way, the vocals sample styles from Britt Daniels, Robert Palmer, and a bridge that could’ve been sung by The Exciters. Of course, the surging pop music that carries it all is 100% Said the Whale.

You can sing along to the lyric video, and then snag yourself a download underneath. I Love You is out June 18th, with a full-length LP following in the fall (told you these guys don’t slow down).

Listen to Said the Whale's punchy new single, "I Love You"