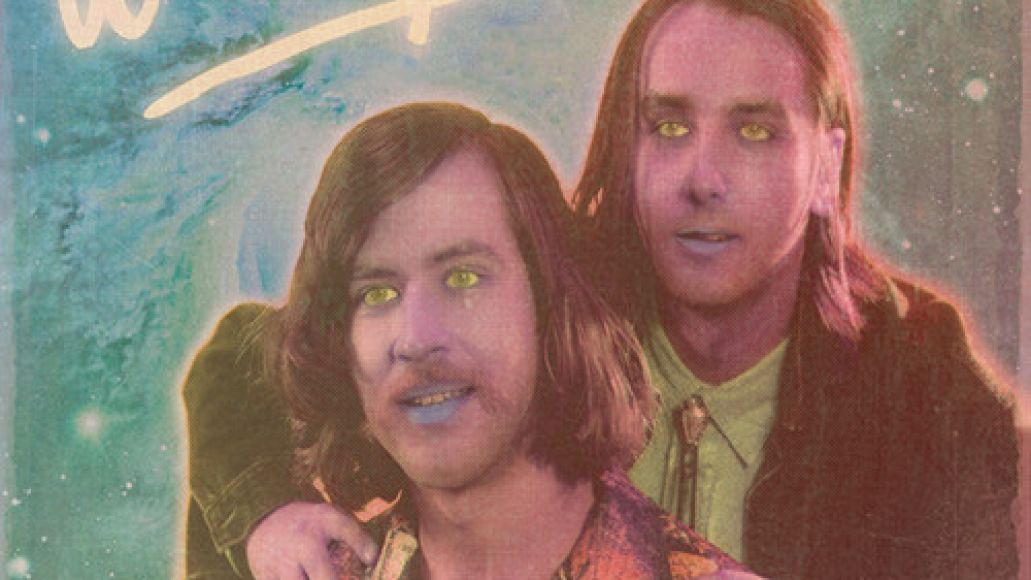 With each new track, CoSigned Portland psych-pop outfit Wampire have proven to be as groovy as they are unpredictable. “The Hearse” and “Spirit Forest” — the first two singles off their debut album Curiosity — are joyous slices of creepy goth-pop and spirited neo-funk, respectively, and they also dabbled in krautrock with a B-side cover of Kraftwerk’s “Das Model”.

Now, the duo of Rocky Tinder and Eric Phipps get all sentimental with their most deliberate cut to date, “Trains”. The track takes the slow-burning guitar rock of The Eagles and wraps it in a warm coat of minimal fuzz and earnest, almost boyish heartache.

As Phipps tells Rolling Stone, “[“Trains”] was written during a time when I was young and overly idealistic about love. A lady was driving me wild with her strange affection and I was naively waiting for it to ‘mean something’ or whatever. When she finally skipped town, I was sitting on a train that was delayed for some reason or another and started humming the melody that later became ‘Trains’. By the time I got home I had the lyrics and rough skeletal structure of the song. ‘Girls are like trains – you’re always waiting for a chance to be let on just so you can hop off at the next stop.”

Curiosity is due out May 14th via Polyvinyl.