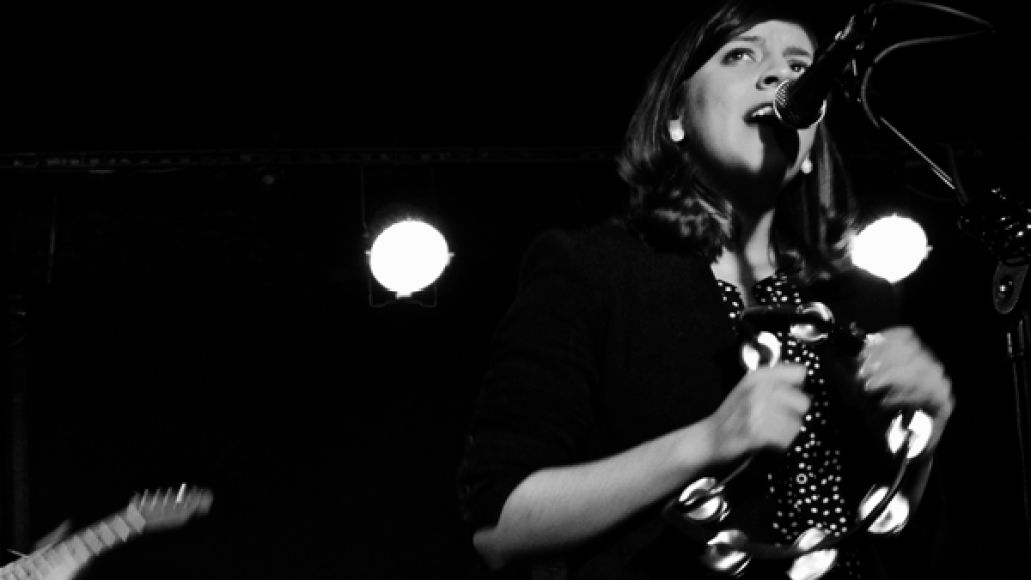 As a recent Nashville-to-New York transient, last night’s Caitlin Rose show at Mercury Lounge was just the thing to buoy my spirits after two months of mediocre shows from dispirited local rock bands and trust fund kids who shouldn’t have ever been allowed to have laptops. So much to my delight, (and dismay), I arrived fashionably late to a sold out show, just as opener Andrew Combs was finishing up a rousing rendition of “Worried Man”, the title track from his 2012 full-length debut. The room was packed, making it impossible to actually see Combs and his handsome head of hair, but through the wall of tall boys, I could hear that he and his Nashville compadres didn’t just bring their corn-cob pipes and ten-gallon hats to this tour. No sirree, they brought the whole kit and caboodle.

With a full backing band, the added instruments highlighted Combs’ gradual transition from his former days of playing wistful acoustic ballads like “Tennessee Time” to his current rock-leaning, alt-country sound. We’re talkin’ Gram Parsons or Townes Van Zandt “plugging in,” and evolving into Merle Haggard or Marty Stuart—driving the ladies wild with Nashville charm, a story-teller’s approach, and a blend of classic country instrumentation with electric guitars. A cluster of young ladies joined in on the final number “Emily”, singing, “E—M—I—L—Y—Why—why—Tell me Emily,”—obviously looking like they wished their names were Emily so that Combs would serenade them. 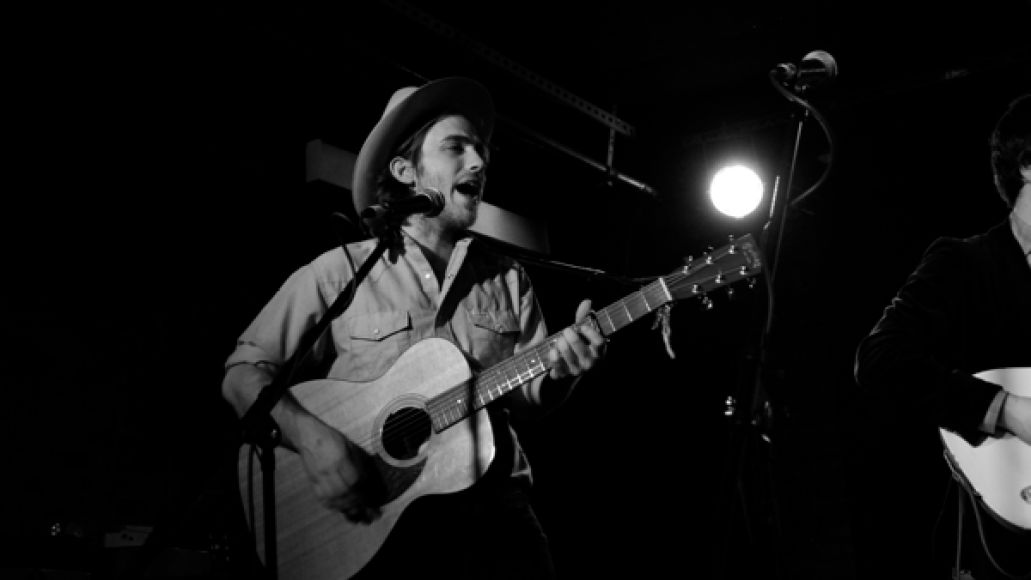 Unfortunately, their dreams were dashed, (seeing as that was the end of Combs’ set), but not for long. Once he hopped back onstage to join the backing band of tourmate and headliner Caitlin Rose, the audience was able to experience the best of both worlds. In fact, that seemed to be the theme of the evening: the best of both worlds. As two of Nashville’s favorite artists when it comes to the younger, current side of the local folk scene—which, you can imagine, is pretty saturated—Combs and Rose are known for their abilities to ride two horses at once, with one foot on country music’s trusty mare and the other on the rump of indie music’s show pony. This has been a crucial factor for both musicians when it comes to staying afloat in Nashville’s deep talent pool, and standing out in cities where Steve Earle isn’t the apple of everyone’s eye.

Judging by the two rows of professional photographers lining the front of the stage, Rose’s approach has been effective. Admittedly, her recent March release of The Stand-In found Rose favoring her pop pony slightly more than 2011’s Own Side Now, which was reflected by last night’s setlist. Things kicked off with “No One to Call”, an upbeat throwback to Linda Ronstadt that captured Rose’s knack for writing classic-sounding songs in a modern setting, without sounding gimmicky or uninventive. With an intro reminiscent of a certain David Cassidy single, crowd favorite “Waitin’” fell in the same category, along with “Pink Champagne”. Its divine Hawaiian spin emphasized the chops and lovely taste of lead guitarist Jeremy Fetzer and pedal steel player Spencer Cullum. 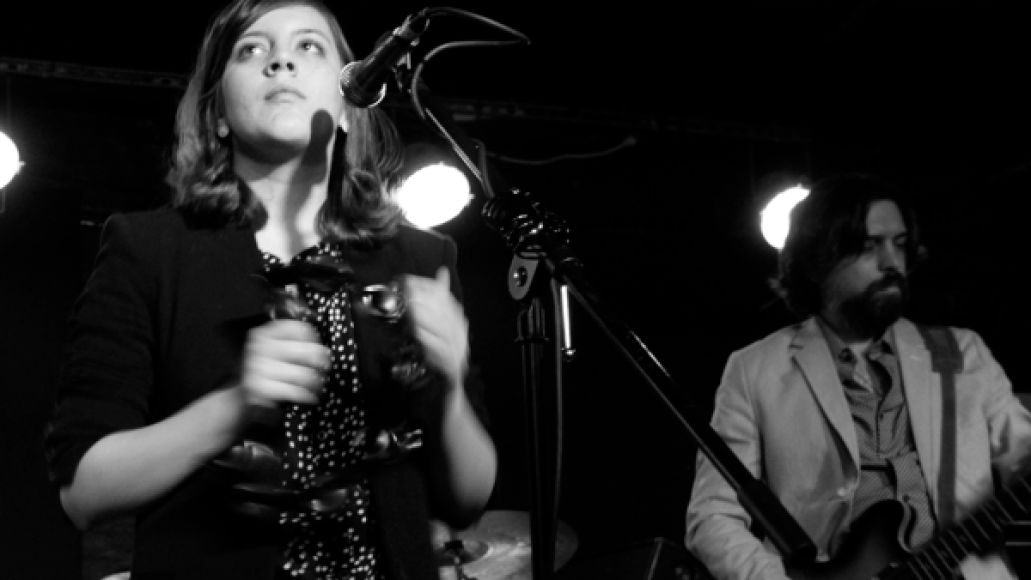 Most of the time, however, the emphasis was on Rose’s clear, steady voice. “Silver Sings” and “Only a Clown”, the two most pop-sounding songs in her new material, allowed enough of her unhindered belting on the choruses to bring mid-song hooping and hollering from her supportive audience. After a few oldies (“Shanghai Cigarettes,” “Spare Me,”) and a Felice Brothers cover (“Dallas”) that sounded like it was written just for Rose, there was an awkward transition into the jangly gypsy album closer, “Old Numbers”. An abrupt change in the set caused by some technical difficulties left Cato with a few minutes to regale her listeners with an anecdote about a run-in with a sweaty clown wearing a tanktop named Jingles.

By this time, Rose had already announced that she suspected her time was up, although the audience refused to let her leave the stage until she performed her rowdy new anthem, “Menagerie”. With a shake of a tambourine, she brought Combs back to the spotlight for a duet of the Buck Owens classic, “I’ve Got a Tiger By The Tail”. Despite not hearing old favorites like “For the Rabbits” or any of Rose’s gorgeous, pensive ballads like “Everywhere I Go” and “Things Change”, the Mercury Lounge crowd would’ve been remiss to not tip their hats to the two after a solid, refreshing performance.

Setlist:
No One to Call
Spare Me – Fetzer’s Blues
Only a Clown
I Was a Fool
Waitin’
Silver Sings
Pink Champagne
Shanghai Cigarettes
Dallas
Old Numbers
Menagerie
I’ve Got a Tiger By The Tail